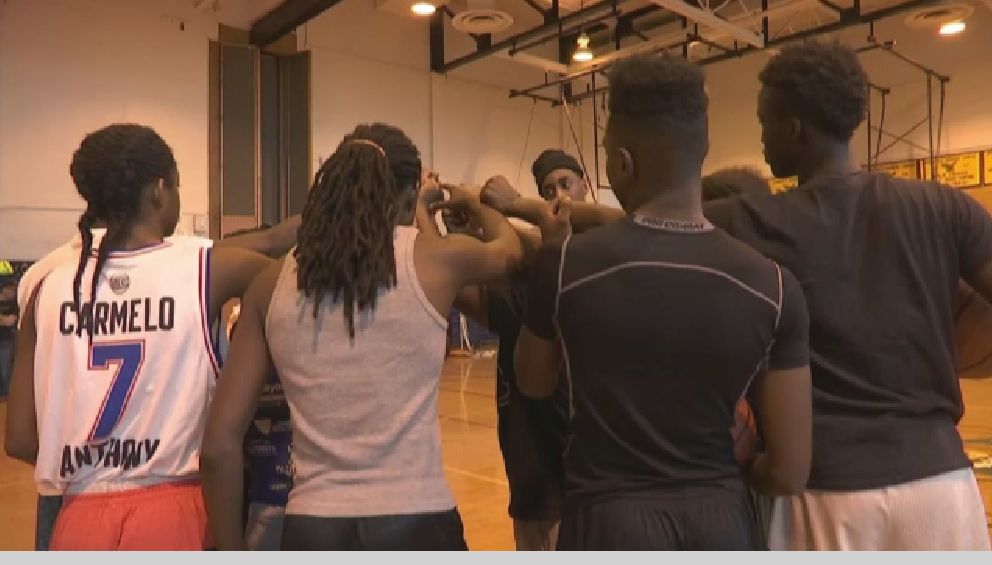 The son of a former Knicks player is behind a new foundation that’s aimed at preparing kids for the future, on and off the court.  NY1's Angi Gonzalez has more on why he brought the program to Springfield Gardens.

It's been less than a year since Anthony Mason Junior, his siblings and sports fans said goodbye to former Knicks forward Anthony Mason.

"My father's legacy is very important to me to keep going because one thing he was all about and that was his community," said Anthony Mason Junior.

Mason's father, known to many as "Big Mase", spent more than a decade in the NBA and five seasons with the New York Knicks .

The 48-year-old was also a Queens native, growing up in Springfield Gardens and often coming home to donate his time.

Shortly after his passing, Springfield High School's Basketball court was renamed in his honor and is now home to a youth enrichment program he inspired called "Family on Three".

"With me starting a program to give back to the kids in the NYC area what better place to start than a home away from home, my pop's high school,” said Mason, Jr. who is the co-founder of the "Family on Three" organization.

Saturday marked the start of the organization’s program, which is free for 14-to 18-year-olds.

In its first day, the program was attended by more than 50 kids.

Some of the participants were fans of “Big Mase”, others are more familiar with his son Anthony, who also played basketball.

"We use basketball as a vehicle here. It’s a great place to transpire the message," said the other co-founder of “Family on Three”, Vance Toure.

However, the program also includes workshops on financial management and building other life skills.

"Off the court we're in the classroom teaching things like financial literacy, having kids get exposed to what scouts look for, accountability, team work and talk about things of that nature," Mason said.

Lessons that still seem to resonate with the program's participants.

"Not everyone can make the NBA, so if they don’t make the NBA they got to have a back-up career to go to," said Mike Vargas who came to interview Mason for his blog NBA Brothers.

"I think that this is going to go well and far and I want to know when the next event is going to happen," added Vargas’ brother, Christian who also contributes to the website.

Mason and Toure are now in the process of making their organization an official charity.

In the meantime, they are always looking for volunteers to help them with their Saturday program.

For more information on donating your time to the program or taking part in it go to www.familyonthree.org.