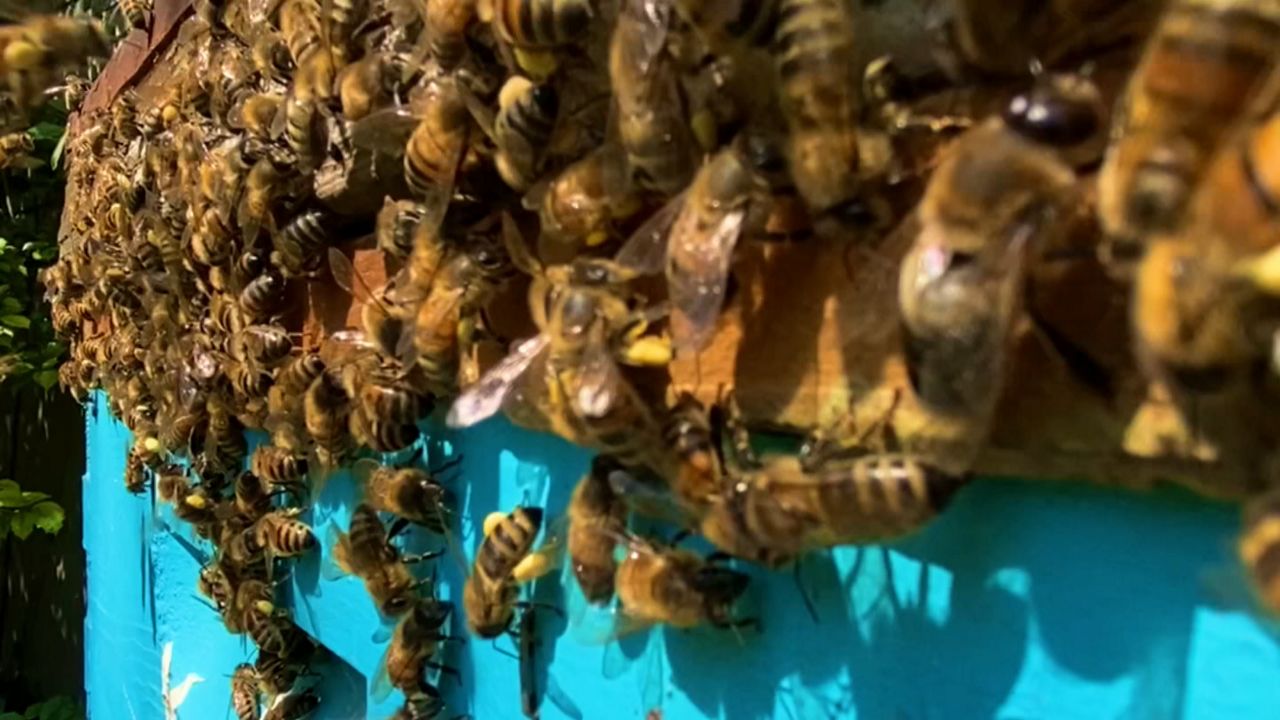 NEW YORK - Rescue bees? It's not as crazy as you may think.

Andrew Coté is a fourth generation beekeeper with a lifelong passion for harvesting honey, which he shares with his 4-year-old son Nobuaki.

The hives are abuzz because there are some newbies: new bees that is. Coté has rescued 70 hives from buildings and schools that had to close because of the coronavirus pandemic.

"The owners of those buildings or the managers asked me to remove those beehives and it all had to be done rather quickly," he said. "And it's difficult to remove boxes that are hundreds of pounds full of flying venom stinging insects and carrying them down rooftops and down ladders and downstairs and a fire escapes in one case."

Coté came to the aid of other beekeepers who didn't know how to safely move the hives.

"We took beehives from Staten Island, Brooklyn, other areas in Queens and Manhattan. The Bronx bees are a lot tougher so they stayed," he explained with a laugh.

Honey bees are worker bees, but the hives still need tending to like other livestock. If Cote hadn't rescued them and brought them to the Queens County Farm Museum, some of the bees could have swarmed all over the city. Many might have died.

"Bees and pollinators in general are in danger and they really contribute to the food that we eat, the health of our environment. About one in three bites of food are created because of pollination and bees," explained museum director Jennifer Walden Weprin.

As Cote recounts in his new book, "Honey and Venom: Confessions of an Urban Beekeeper," it's grueling but satisfying work. His bee team smokes the bees out, remove the frames, brush the bees off and then packs up the honey comb so it can be harvested and sold under his brand Andrew's Honey.

Not to be outdone done by Nobuaki, I put on a suit and got up close. I heard everyone say the buzzing was getting louder because the bees were getting angry; I wasn't not sure if they were kidding with me or not. It was definitely odd to have that many bees fly around you. Andrew spent most of the day not wearing any protective gear.

There are two million bees here, and this season they'll produce about two tons of honey. A sweet ending for these once-endangered bees, and for a beekeeper keeping a family tradition alive.