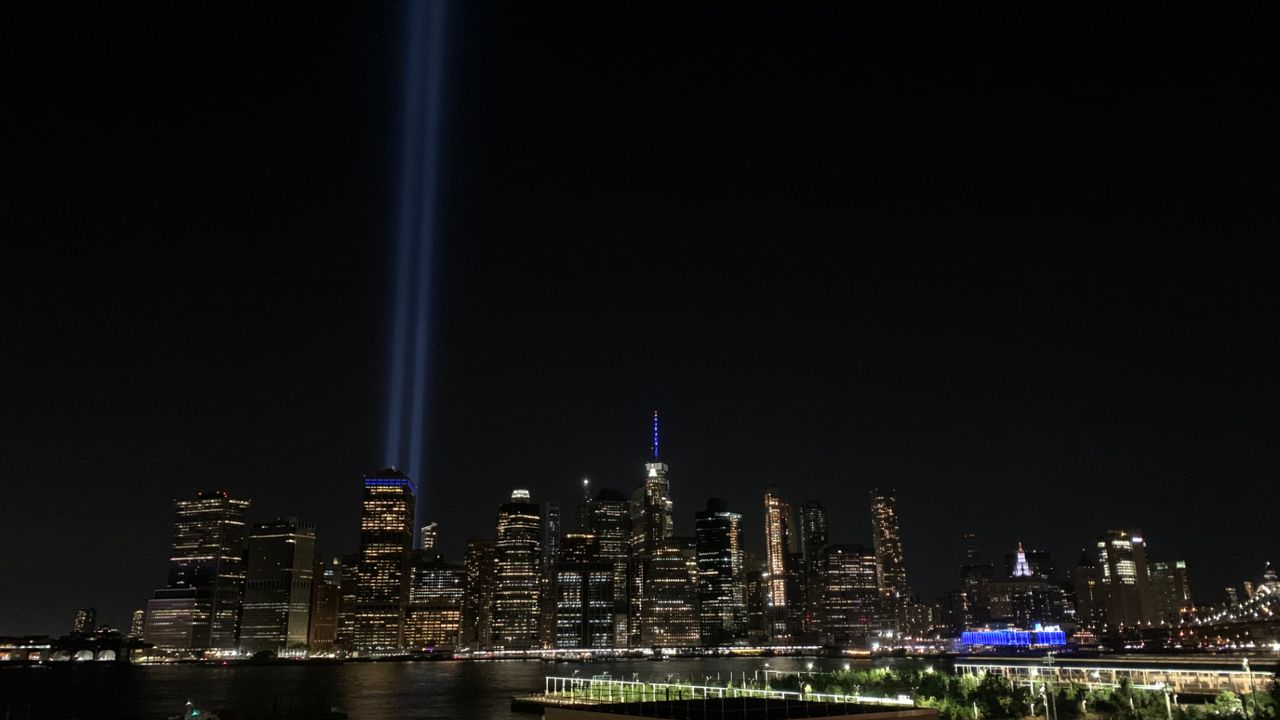 NEW YORK — The Tribute in Light illuminated the night sky on the 19th anniversary of the attacks of September 11th.

Spectators came to watch and reflect from across the East River on the Brooklyn Heights Promenade on Friday evening.

“You meet people who were directly impacted by this. I wasn’t, but still as a New Yorker, you feel that. So as long as I’m in New York, I’ll be around, I’ll be here watching,” said Michael Thomas.

The tribute debuted six months after 9/11, but became an annual commemoration on the anniversary thereafter.

Before sundown, the Brooklyn Heights Interfaith Clergy set up this table and invited people to write their prayers on cards and hang them up along the fence. The group typically holds a prayer vigil, but adjusted plans because of the pandemic. “We’re just happy to hold people in the ways that we can and offer an opportunity to lay eyes on each other which we haven’t been able to do for months,” said Rev. Adriene Thorne, the the senior minister at the First Presbyterian Church of Brooklyn.

The Tribute in Light was briefly canceled when the 9/11 Memorial & Museum cited health and safety risks to the crew needed to set up the iconic blue beams. After public outcry, the state announced it would step in to help make sure they would shine on.

For many New Yorkers, the lights represent unity. “This country came together," said Marvin Roberts. "It wasn't if you were Black, white, Puerto Rican, Chinese, Vietnamese. The people of New York came together."

“To take her down here and share our memories of the day with her, and, just, it’s an important piece of New York history,” said Emily Kimball.

The tribute is viewable from dusk until dawn.

“It’s still very hard to go down there. I lived on the Upper West Side when it happened, and it’s my way of remembering the day in a peaceful setting,” said Michele Laseau.

While the memories are still raw for so many, residents say the twin light beams help them cope.