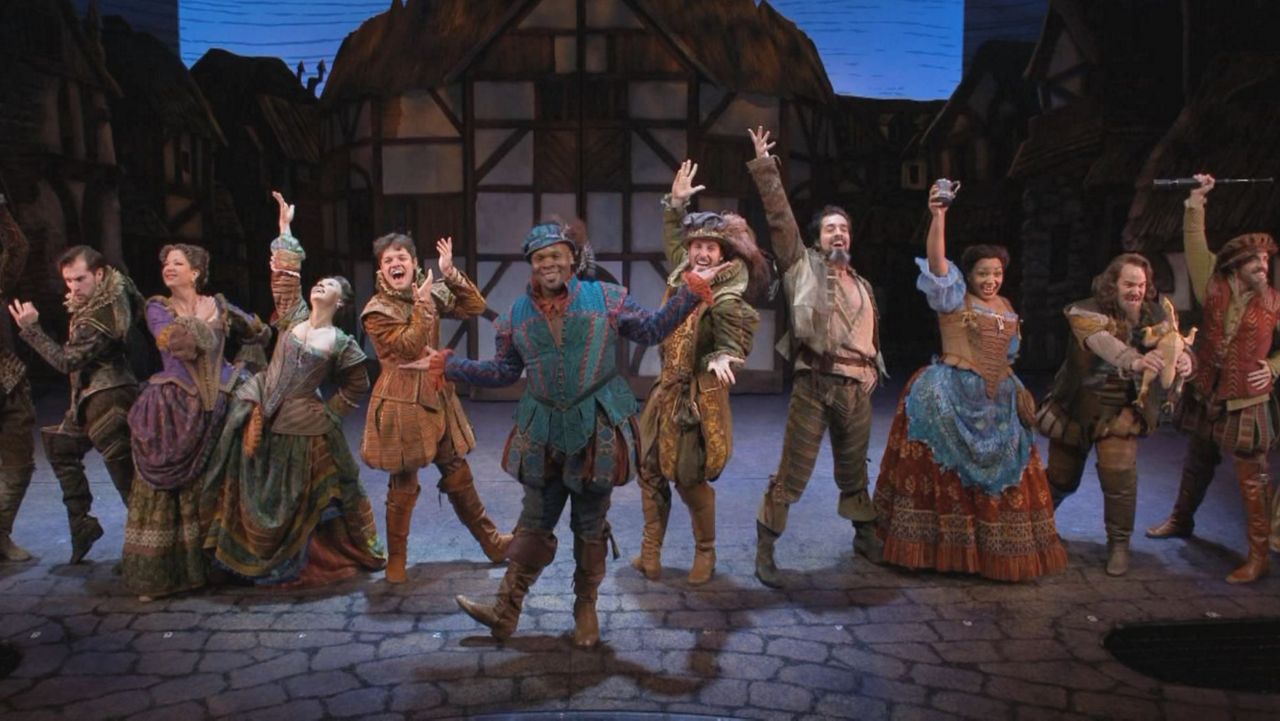 There is absolutely nothing rotten about the new musical “Something Rotten!” In fact, I smell a hit.

Right out of the Mel Brooks school of comedy, nothing is sacred and everything is funny! And that’s no accident, because it’s directed by Casey Nicholaw, whose credits include “Spamalot,” “The Book Of Mormon” and not to mention the Disney hit “Aladdin.”

The pleasant surprise here is that it is written and composed by three Broadway neophytes. Two brothers - Karey and Wayne Kirkpatrick - conceived it and wrote the music; and they were joined by novelist John O’Farrell, who co-wrote the book with Karey. The idea was apparently kicking around for about 20 years and it shows. “Something Rotten” has been fine-tuned to gleeful ecstasy, and in the hands of some of Broadway’s finest comic performers, no laugh is left unturned.

Set in London 1595, a pair of brothers try to carve out a playwriting career in the shadow of one William Shakespeare. "Will power,” as they call it, sucks up all the limelight and the brothers are left to toil in obscurity.

Nick Bottom and  his sweetly meek brother Nigel are masterfully played by Brian d’Arcy James and John Cariani. Stuck with writer's block, Nick visits a soothsayer who tells him musicals are the next big thing. Therefore, the brothers set out to write one – badly, of course. However, fans of musical theatre are in for a huge treat as just about every single iconic moment in musical history is fodder.

Comedy is hard, but this bunch makes it look easy. Among them: Heidi Blickenstaff as Nick’s wife, Brad Oscar, Brooks Ashmanskas and Peter Bartlett. And Christian Borle, who slayed us with his Tony winning turn in “Peter And The Starcatcher,” does it again as Shakespeare the rock star.

"Something Rotten” is red meat for theatre lovers – it’s clever, bodaciously funny, ridiculously tuneful; and even if Act II feels a bit overdone, audiences are sure to eat it up.