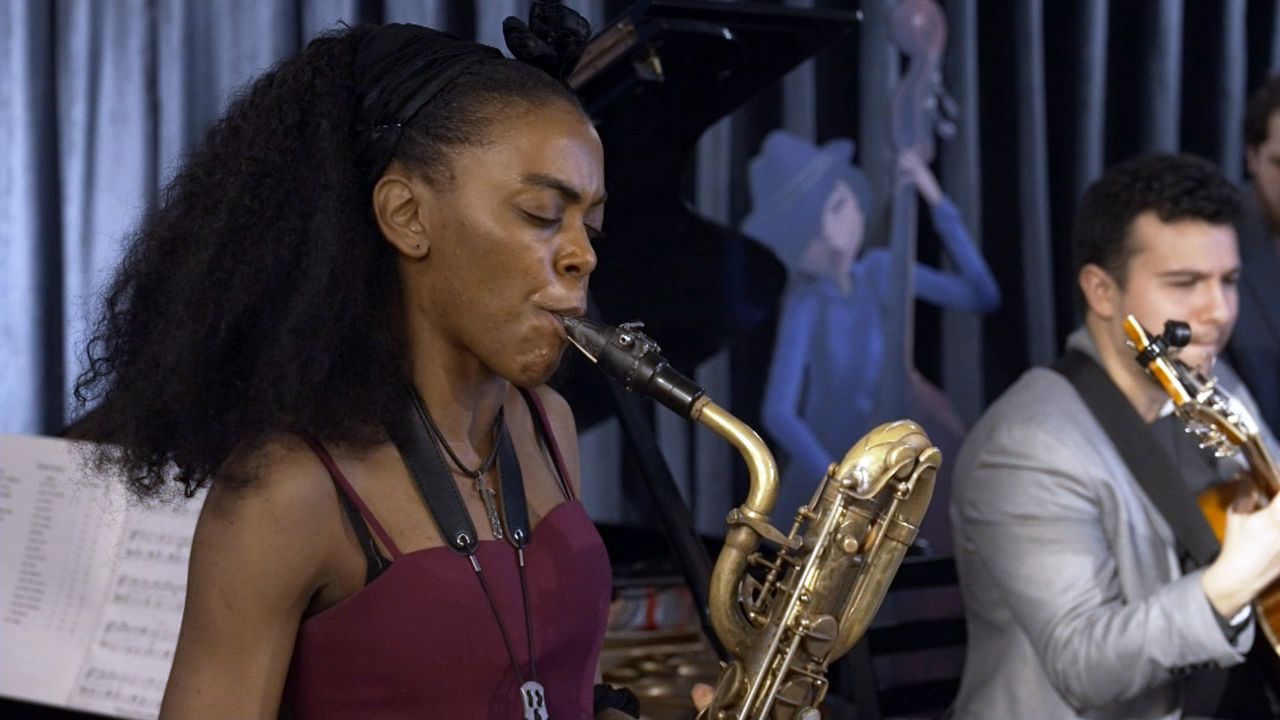 Learn the history of jazz at this 'Soul' filled Harlem exhibit

NEW YORK — What better way to introduce a new exhibit at Harlem's National Jazz Museum than with a little jazz?

The Courtney Wright Quartet joined execs from Disney Pixar, New York City and the museum to celebrate "The Soul of Jazz:  An American Adventure" which opened on February 10.

Tim Porter, the museum's board chairman, said it's this kind of collaboration the ensures this distinctly American art form, born in the African American communities of New Orleans, will always be relevant.

"The future of jazz is assured, more exciting and more accessible because of this partnership with Disney," Porter said.

The partnership is a collaboration between the museum and Disney/Pixar, producers of the animated hit, "Soul", which inspired the exhibit.

The virtual tour guide on this journey through the history of jazz is Joe Gardner, the main character in "Soul", a music teacher and wannabe professional Jazz pianist who finally gets the gig of his dreams only to watch it disappear.

Joe takes guests through the places where jazz grew into an art form, introduces the people who made it happen, and shows off the instruments that turned their music into magic, like Duke Ellington's white piano, Louis Armstrong's trumpet, and Billy Taylor's sketches.

Musician Jon Batiste was a consultant on the film. He says jazz is about more than music, it's woven into the racial history of  America.

It's especilly profound, because jazz provided part the soundtrack for the civil rights movement with its musicians playing a part in the march on Washington. The museum's executive director, Tracy Hyter-Suffern, says telling these stories is what makes this exhibition enjoyable and important.

"We welcome the people of Harlem, the people of New York City and people around the globe to the jazz in Harlem experience," said Hyter-Suffern. "We are doing everything we can to make jazz accessible to every person on the planet."

"The Soul of Jazz: An American Adventure" exhibit will be open in Harlem until August 31.