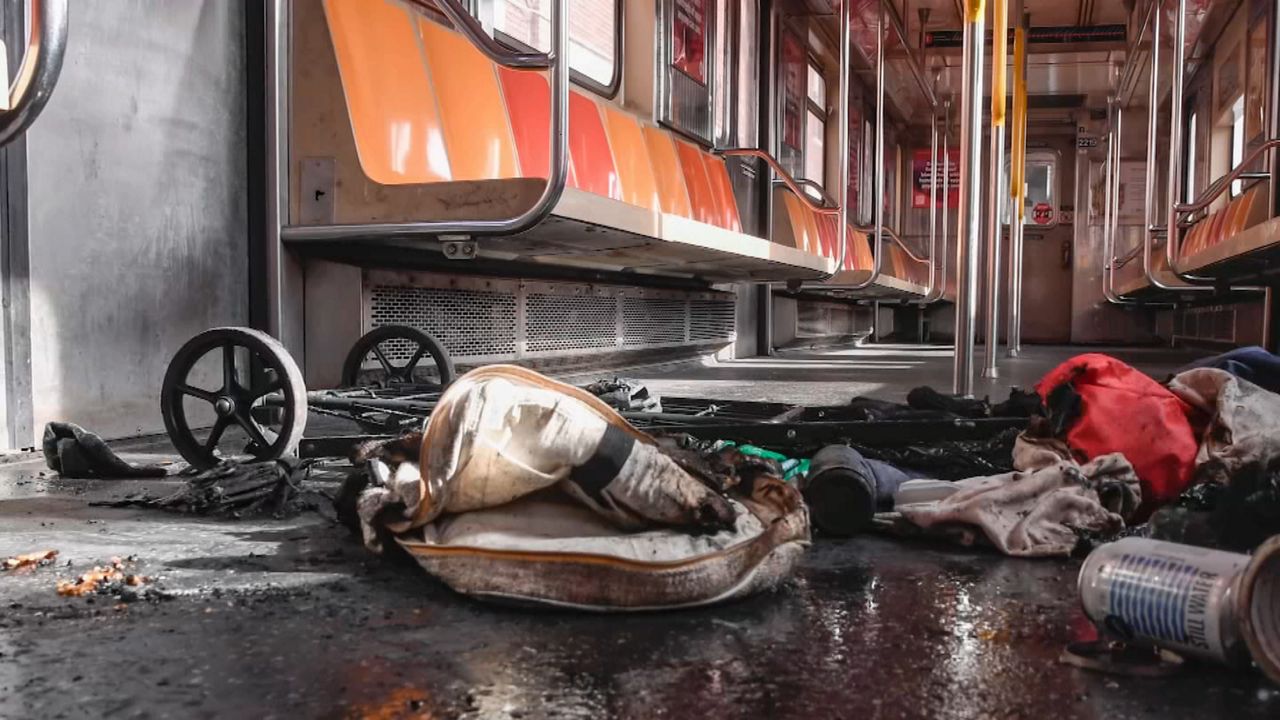 Microwave on tracks, fires inside train cars, are latest disruptions on subway

An E train heading to Queens was evacuated at the 50th Street station because someone tossed a microwave in front of it.

“It’s crazy because then that delays everybody getting to their destination, where they need to go, and I don’t think it’s fair that one person will do that just because they feel like doing it,” commuter Makeda Nelson said.

The train’s emergency brakes were triggered before it struck the microwave, according to the MTA.

But it still resulted in an evacuation, causing delays and reroutes.

“In a city of this many people, there’s gonna be incidents and hopefully it’s to a lesser degree, but for now it’s just something we unfortunately have to deal with,” commuter Tyler Dickson said.

Debris on the tracks cannot only be disruptive but dangerous if it catches on fires.

“There’s been bicycles, there’s been Citi Bikes, there’s been general debris,” Jonluke Rodriguez, chair of the train operator division at the Transport Workers Union Local 100. “I myself had to remove a traffic cone from between the third rail and the train. They were lodged together.”

The MTA has been running three new vacuum trains since last year, a spokesman said, and track fires in the last six months of 2021 have dropped.

But no vacuum train could have stopped a fire inside a No. 1 train at the 18th Street station last week.

On Wednesday, a shopping cart caught on fire inside a northbound 1 train at 181st Street.

Four security guards contracted with the MTA helped put out the fire by dousing it with water and stomping it out. They were honored by the head of NYC Transit on Friday.

“Underlying mental health and homelessness issues are responsible for recent high-profile incidents involving intentionally set fires and excessive belongings that should not be in the subways and that ignited,” MTA spokesman Michael Cortez said.

Here at the station where the MTA removed a microwave, the trash in the tracks includes needles. At the end of the platform, there were two blankets hung on the walls, a sign that this station serves as a shelter.

“When they start disturbing the peace and breaking the rules or blocking passageways with bringing shopping cart into the system, that can be a hazard,” Rodriguez said.