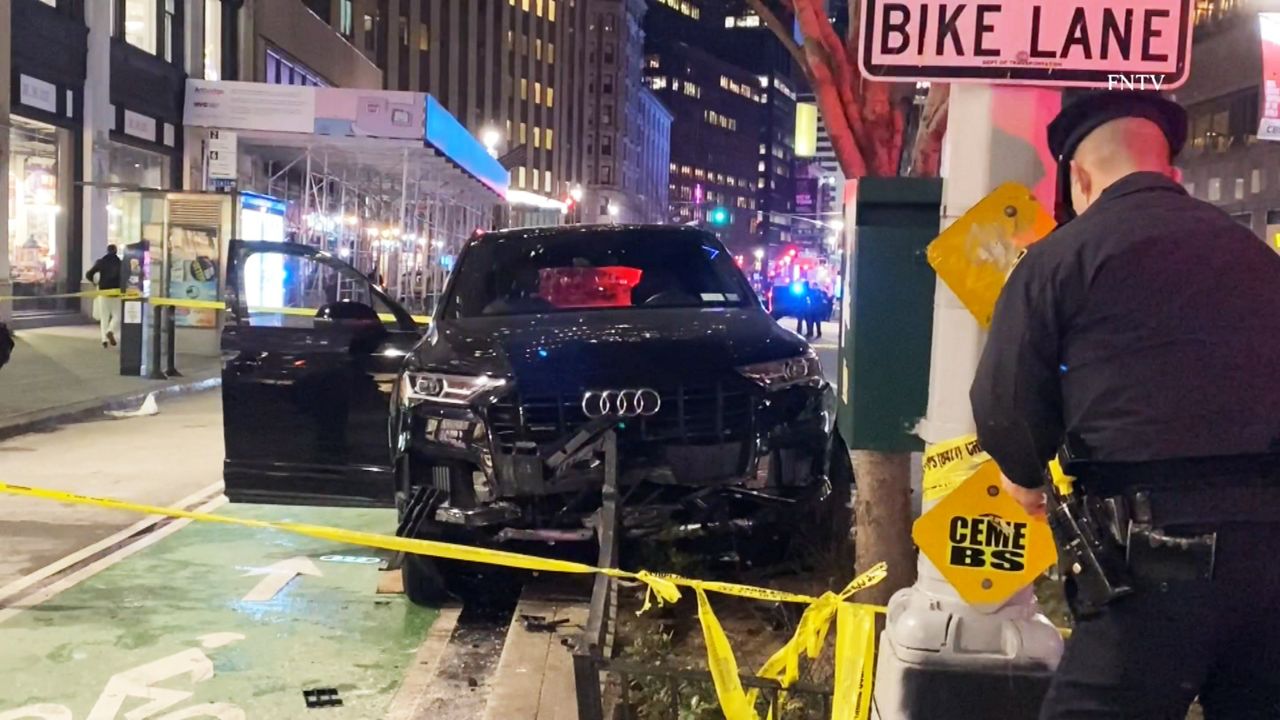 NEW YORK — An NYPD officer is recovering after being injured Wednesday while trying to stop a carjacking suspect in Manhattan.

It happened on Broadway and West 57th Street just before 5 p.m.

Police say the suspect used a Taser gun on the owner of an Audi, although it did not appear to work. The suspect drove off in the car and crashed into multiple vehicles.

Police say they chased the vehicle, and at one point an officer hurt his hip trying to get to the suspect through the driver's door. The man eventually ditched the car and fled into a nearby subway station.

The injured officer was taken to Bellevue Hospital and is in stable condition.

Asked about the incident at a news briefing on Thursday, Mayor Eric Adams said his administration would work to crack down on "serious crimes" like carjackings.

"I refuse to apologize for people who are violent in our city," he said. "Those crimes, we are zeroing in on, and we’re going to make sure that they’re taken off our streets."