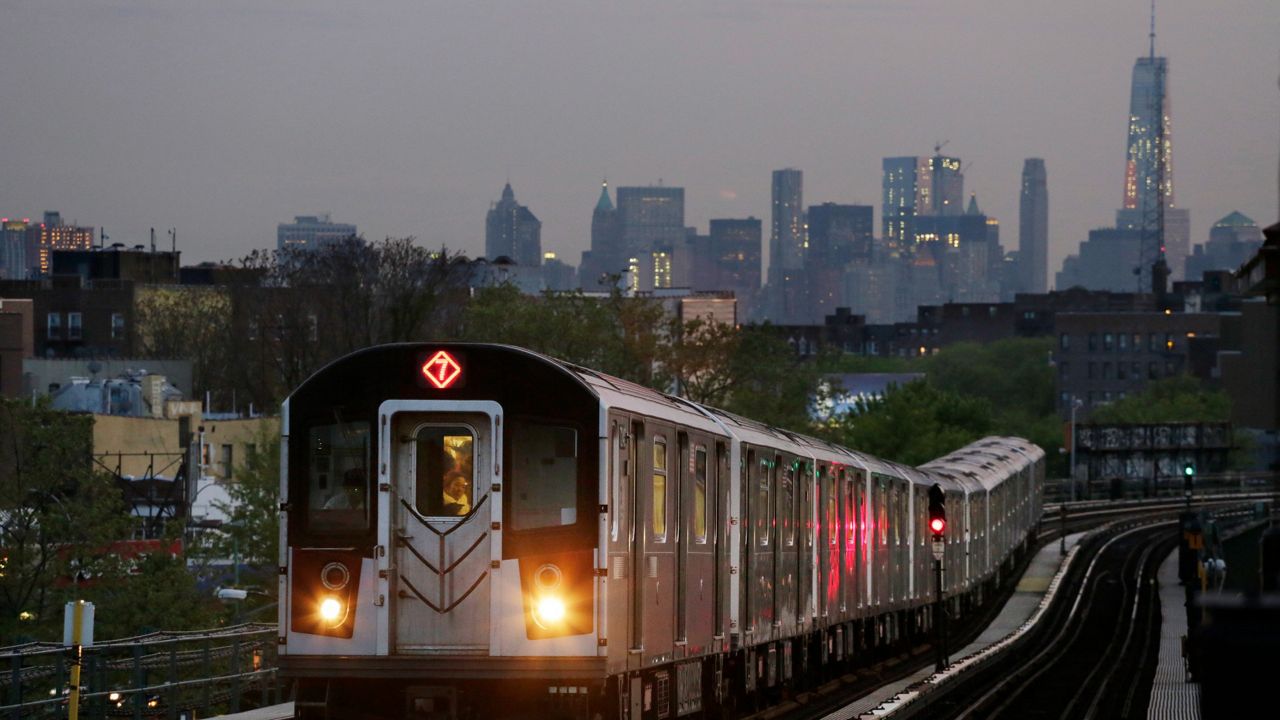 In this May 11, 2016 photo, a No. 7 subway train rides the rails in the Queens borough of New York, with the Manhattan skyline in the background. (AP Photo/Mark Lennihan)

New York to get billions for infrastructure under federal spending deal

Building new tunnels under the Hudson River, extending the Second Avenue subway to East Harlem, new elevators in subway stations — there are many projects on New York's infrastructure list that need federal funding.

And now the trillion-dollar spending package Congress passed late last week will partially fund all of them.

“We’ve got the man and woman power, we’ve got everything ready. The building trades are ready to go, our companies are telling us. Give us the projects, we will build," Carlo Scissura, president and CEO of the New York Building Congress, said.

More than half of the package is new spending and largely allocated to states.

According to the White House, over the next five years New York will get $10 billion for public transit; $13.5 billion for highways and bridges; $685 million for airports; $175 million for new electric vehicle charging stations, as well as funding for broadband and climate change initiatives.

"You and I will, in 10 years, ride a new subway, be in a new Penn Station, a new terminal at JFK. We'll go and visit some place in Queens, Brooklyn or the Bronx that didn't have broadband that now does," Scissura said.

For the MTA, the federal funding means support for its $51.5 billion spending plan that includes the Second Avenue subway extension to 125th Street. Questions remain, though, on the timeline for completion.

Amtrak is anticipating $66 billion for rail that will help finance construction of new tunnels under the Hudson River as part of what's known as the Gateway Program.

"We have local funding for these projects, but this bill is going to provide a quick infusion of federal funds to really step up and partner on these projects which are such high priorities for New York and the region," Tom Wright, president of the Regional Plan Association, said.

There is also funding for competitive grants for projects beyond those outlined in transit agency spending plans.

For example, the Regional Plan Association for decades has pitched a new transit line called the Triboro, connecting Brooklyn, Queens and the Bronx.

"With additional funding on the table, now is the time to be thinking about innovative and creative ideas like that and get them working," Wright said.

Those competitive grants can encourage officials to get their dream projects off the drawing board.