Police investigate the scene of a shooting in Harlem Thursday. NY1 photo

NEW YORK — An MTA bus driver was almost shot at a stop in Harlem on Thursday morning. He didn't want to show his face or use his name on camera.

“I’m playing it over and over again in my head as I speak to you right now,” the driver said.

“I wasn’t expecting something like that to happen out of the ordinary,” he added. “So when it happened, I was just caught by surprise.”

Authorities said the shooting happened just before 10 a.m. at the intersection of 139th Street and Lenox Avenue. According to police, a bullet grazed a 14-year-old on the side of his head while boarding an M1 MTA bus. The driver said he saw his life flash before as eyes as one bullet struck the protective shield next to him and another hit the windshield. 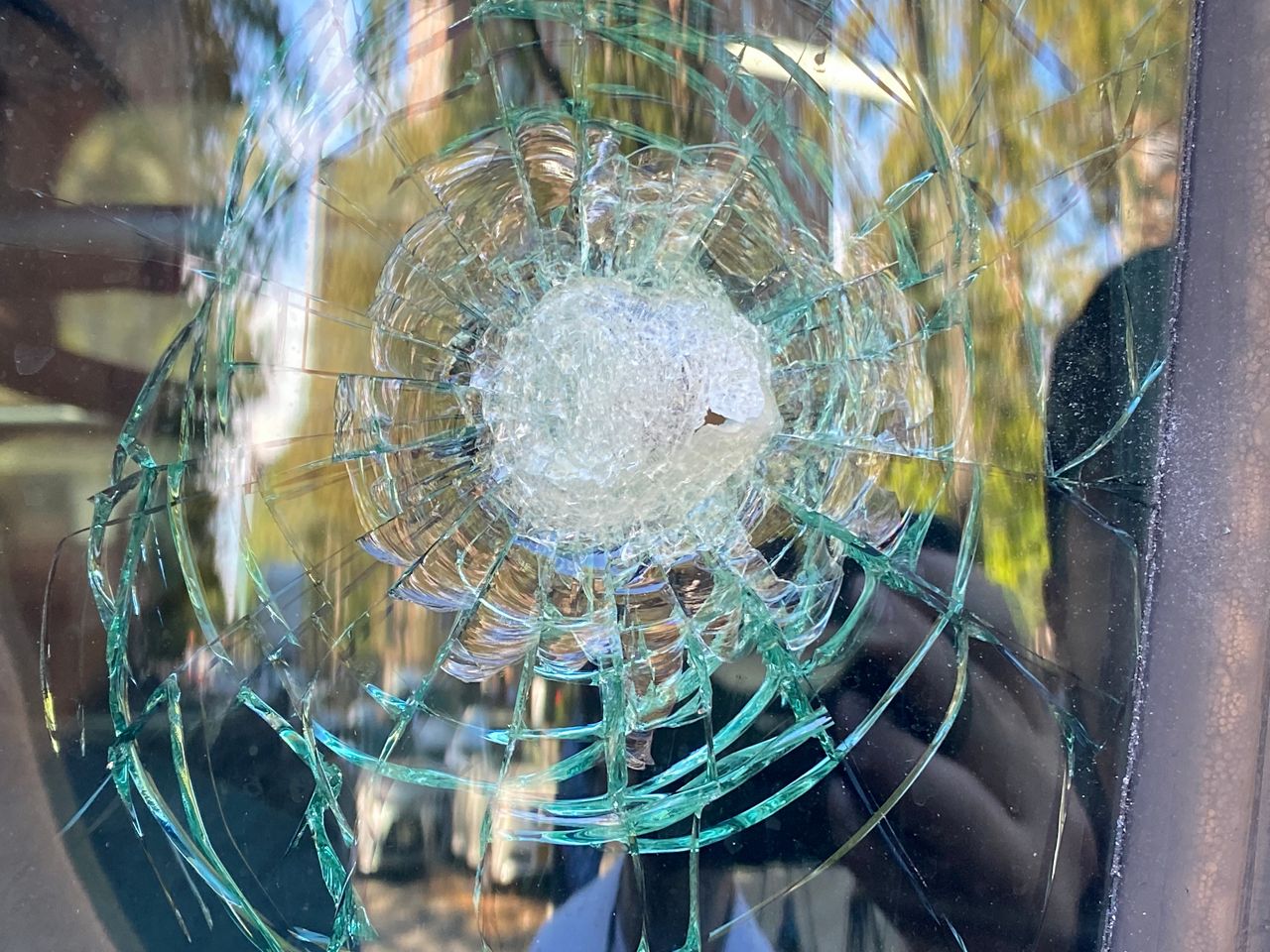 A hole on the windshield of the bus. (Daniel Huppert/NY1)

“The first thing I did was react, move out of the way,” the driver said. “Then I checked for the safety of the passengers.”

No other passengers were hurt, but the driver and 14-year-old were taken to Harlem Hospital to be treated for their injuries. The driver was released, and the teen was also expected to recover.

“If the caliber was from a bigger weapon, I wouldn’t be standing here talking to you right now,” the bus driver said. “I wouldn’t be able to go home to my son.”

According to the NYPD, the number of youth shooting victims has nearly doubled this year, compared to the same time period in 2019. Members of the faith community say too many young lives have been lost to gun violence.

“As a clergyman, I’m sick and tired of visiting these kids in the hospital,” NYPD Clergy Liaison Robert Rice said. “When is enough gonna be enough?”

It’s a question the MTA bus driver says he finds himself asking. He said the shootings need to stop.

“The gun violence is getting out of hand,” he said. “It’s getting younger and younger and it’s not stopping. It’s very dangerous.”

The cause of the shooting is still under investigation, but the NYPD says after reviewing surveillance video it appears to be intentional.

Police said the suspect fled the scene on foot.