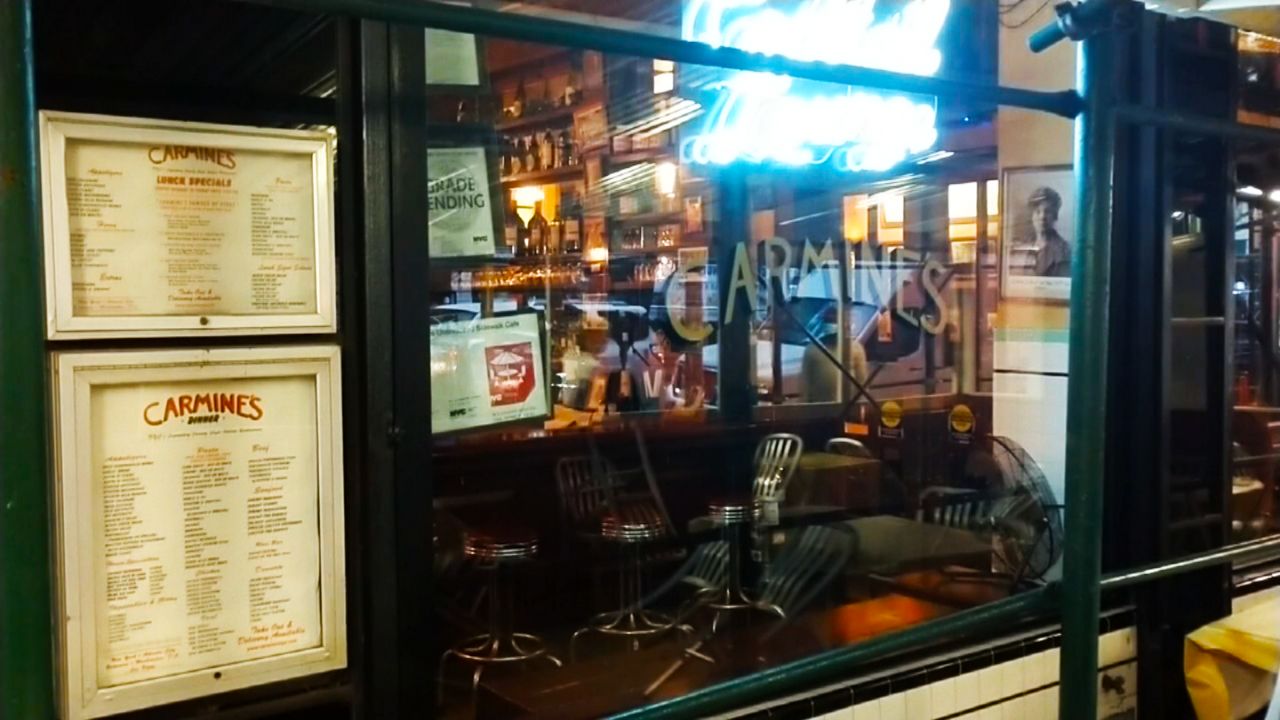 NEW YORK — Police have arrested three women from Texas who are accused of attacking a hostess in Manhattan when they were asked to show proof of their COVID-19 vaccinations Thursday.

The NYPD says all three women are charged with misdemeanor assault and criminal mischief.

The video shows can see several woman pushing, slapping and shoving as they argued with a hostess. Police say it all started after out-of-town guests from Texas were asked to show proof of vaccination.

“I came right over," said Jeffrey Bank, owner of Carmine's, after getting a call about the incident. "The police had broken everything up, our employee was taken away in an ambulance to the hospital. She’s released at home, resting. we’re in contact with her."

Bank says the past 18 months have been a very challenging time for restaurant workers dealing with changing guidelines and mandates.

Enforcement of the city’s requirement for proof of vaccination to eat indoors went into effect on Monday. Bank says they support the mandate.

Joyce Frost, who has lived in the neighborhood for 30 years, went by the restaurant after seeing the video to show her support.

“There’s too much for them to deal with and for someone to come to our city and attack our neighbors like this, I think its appalling,” said Frost.

Frost said she’s been enjoying entertainment and indoor dining in the city and has never encountered anything like this.

“I’ve been going out a lot," said Frost. "I’ve been in the theater. I saw Hamilton the other night. People are masked up as they should, they’re giving their cards out as they should, that’s just what we have to do to get through this."

The popular restaurant did have a sign up saying New York City requires you to be vaccinated to enter, but that did not prevent the scuffle. Bank says for right now the restaurant will have security.

“Our employees want to do what we’ve been doing for years — they want to take care of our customers and take care of themselves," said Bank. "We’ll have someone here for security for today.”