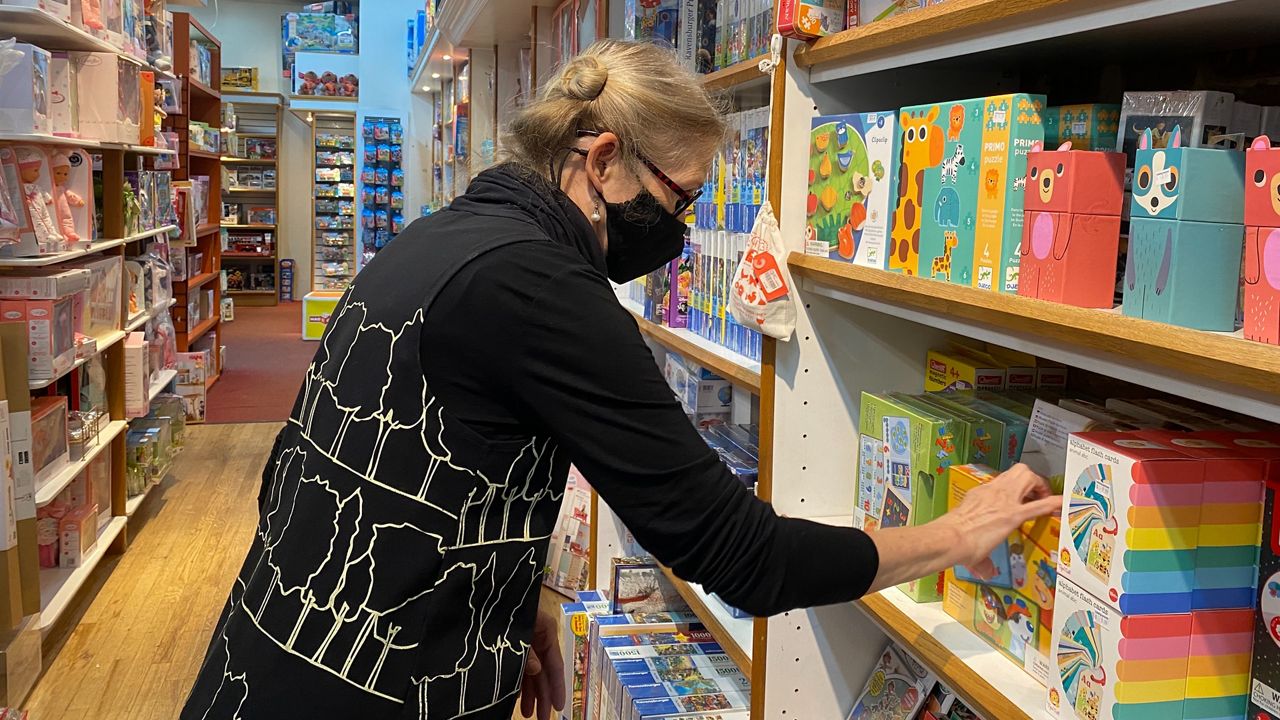 "I really enjoyed it and thought, ‘Wow, maybe someday I'll do this because it's a lot of fun,’” said Christina Clark, the owner of Kidding Around NYC Toy Store, as she reflected on how she got into the toy business.

She has owned Kidding Around NYC in Chelsea for 27 years, but this year Clark says it's been the opposite of fun — actually, downright miserable.

The store closed down in March and took online and phone orders before reopening in June. She was forced to permanently shutter her Grand Central location in August.

Clark gets emotional looking back at photos.

Between the two locations, she used to have 19 employees before the pandemic. She has only brought back eight.

The store was empty when NY1 stopped in. Clark said it should be packed with holiday shoppers at this time of year and she wonders when and if shoppers will ever come back in person like they did before the pandemic.

"People are afraid. People don't come out like they used to. A lot of people don't leave their homes at all,” Clark explained.

Her sales are down 50% this year; However, a study conducted by research firm NPD Group Inc reported a 19% growth in toy industry sales in 2020, both online and in stores. The study found Amazon's Prime Day 2020 contributed to that growth.

“[It’s] what happens now that people have become so accustomed to buying on Amazon," Clark said.

"I love when people come to me and say, ‘I have this particular kind of kid who really likes putting things inside and taking things out,’ and I like to go and figure out what would best suit that kind of action."

She added when she does have a holiday rush of shoppers she has to turn customers away. Only 25 people are allowed in the store at a time, and that includes the employees.

"We did have to stop people. They were getting to that point where we had to lock the door and wait. We lost people. They said, ‘No, I'm not waiting.’ So that was tough, but we also need to be safe,” Clark said.