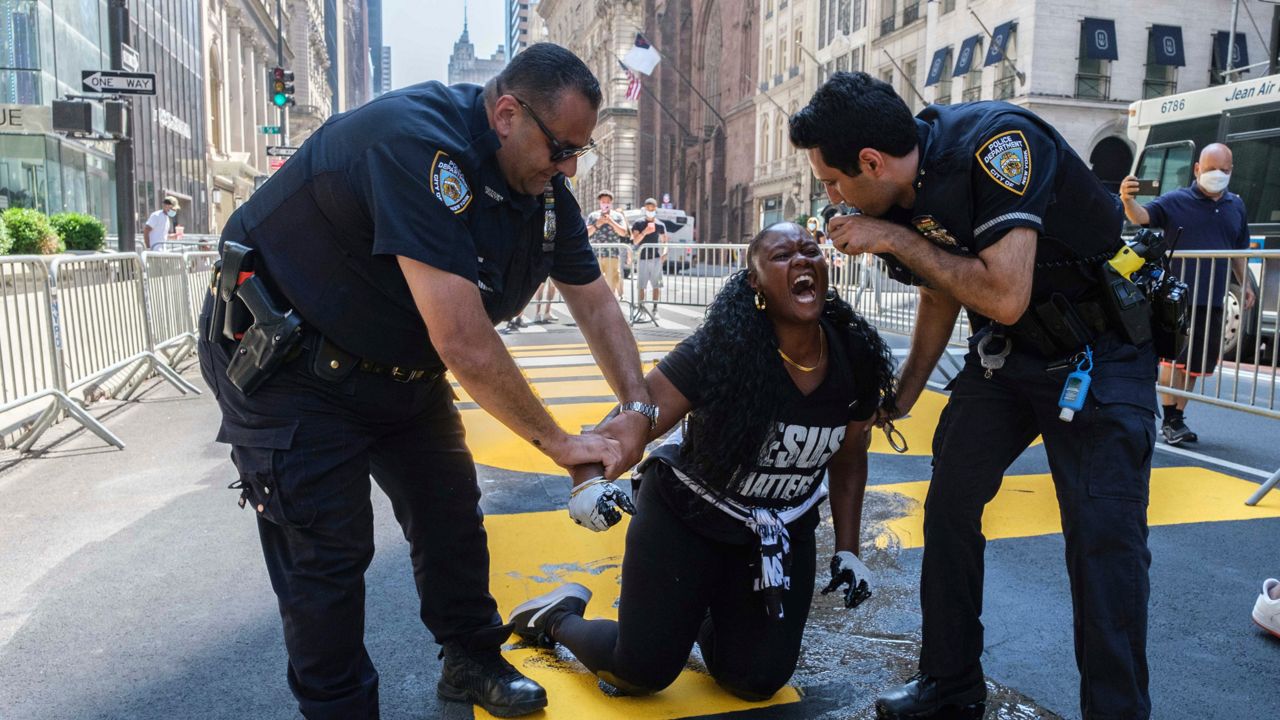 The city and NYPD have released an online draft of what it said is its efforts to develop policies that “work for both the police and the community.”

The policy is called the NYPD disciplinary matrix and it explains the department’s disciplinary system and guidelines for how officers will be punished for breaking the rules.

“This is a big step forward for transparency, accountability – user-friendly data that will allow a clear understanding of how we are approaching discipline. We want discipline to be a very straightforward matter. We want it to be clear that when certain actions are taken and certain mistakes are made that there will be accountability,” said Mayor de Blasio.

The Mayor said that the Matrix will be key in strengthening public trust in the police.

A lack of trust between the public and police is a key issue that’s gained national attention amid protests led by the Black Lives Matter movement.

However, NYPD Commissioner Dermot Shea said the creation of the matrix is not reactionary but something they’ve taken time to consider.

“The Mayor mentioned the discipline matrix, which I can tell you has been worked on for approximately 12 months now. It went online today. I encourage everyone to go to the NYPD’s outward facing website, and you could read all about the matrix,” Shea said.

The public now has until September 30th to log on and weigh in on what’s being proposed.

The Police Benevolent Association is already sounding off and specifically taking issue with “Presumptive Penalties” for officers.

“Presumptive Penalties” are mandatory punishments for officers who admit to misconduct or are found guilty of it at a departmental trial.

“Apparently mandatory minimums and sentencing guidelines are unfair to criminals but perfectly fine for cops. This matrix has nothing to do with fairness. It’s an avenue for the City Council’s policing ‘experts’ – the ones who brought chaos back to NYC – to manipulate NYPD discipline to further their radical political goals. Just watch as the punishment guidelines are changed based on headlines and poll numbers, rather than any objective sense of justice or fairness,” said PBA President Patrick Lynch.

Communities United for Police Reform slammed the proposal as well.

"The NYPD discipline matrix that was forced public by the City Council is part fairy tale and part blatant disregard for the lives of Black, Latinx and other New Yorkers of color who face daily police violence," said Mark Winston Griffith, spokesperson for Communities United for Police Reform.

"It's important to understand that what the NYPD is portraying as policy for disciplining officers is both inadequate and far from reality. What happens over the next 30 days in terms of community input will be important, but will be meaningless if the NYPD's fairy tale isn't dismantled to ensure that officers are fired — not "presumptively terminated.” This is fancy talk for the NYPD will continue to keep abusive officers on the force whenever it wants to, and history has shown us the vast majority of cases where New Yorkers are harmed by police violence,” he added.

A statement from the legal aid society said the plan lacked a way to carry out the disciplinary process independently and outside of the NYPD.

“Transparency is critical, but it is only one step towards accountability. While most other serious City employee discipline issues are handled by the New York City Office of Administrative Trials and Hearings- an independent administrative tribunal - the NYPD has far too much power in policing its own,” said Redmond Haskins, Deputy Communications Director at the Legal Aid Society.

“The reluctance of top NYPD brass to discipline officers has led to a culture of impunity that has thrived within the NYPD for decades. The City’s independent oversight systems must play an active role in every disciplinary case to ensure that discipline is swift, consistent, and transparent to the public. Independence on NYPD disciplinary issues will help make the Department more accountable to the communities it serves,” he added.

Commissioner Shea said public input is vital to the process of developing the matrix.

“It's something we truly believe in, in terms of knowing who you work for – and we work for the public – and asking them for their comments. What can we do better? What do you think about particular aspects of the discipline matrix?” Shea said.

It will take several months before the final matrix is published.

Shea said he expects the final policy to be released sometime in January.

The public can contribute to discussion on the policy here.