The "Take Your Knee Off Our Necks" march, which also highlighted crime within the Black community, stepped off in Times Square and made its way to Trump Tower. Organizers planned an afternoon rally before they were blocked by police barricades at the end destination on Fifth Avenue. In response, demonstrators held their rally and gave speeches outside the barricades. The families of George Floyd, Breonna Taylor, Eric Garner, and others killed at the hands of police took part in the rally.

Speakers, including Terrence Floyd, the brother of George Floyd, stressed while they want police reform, they fully support peaceful demonstrations.

“Just keep the peace. I know we’re angry, I know we’re upset, but keep it peaceful,” Terrence Floyd said during his speech at the rally. “We don’t need anybody else on the front page.” 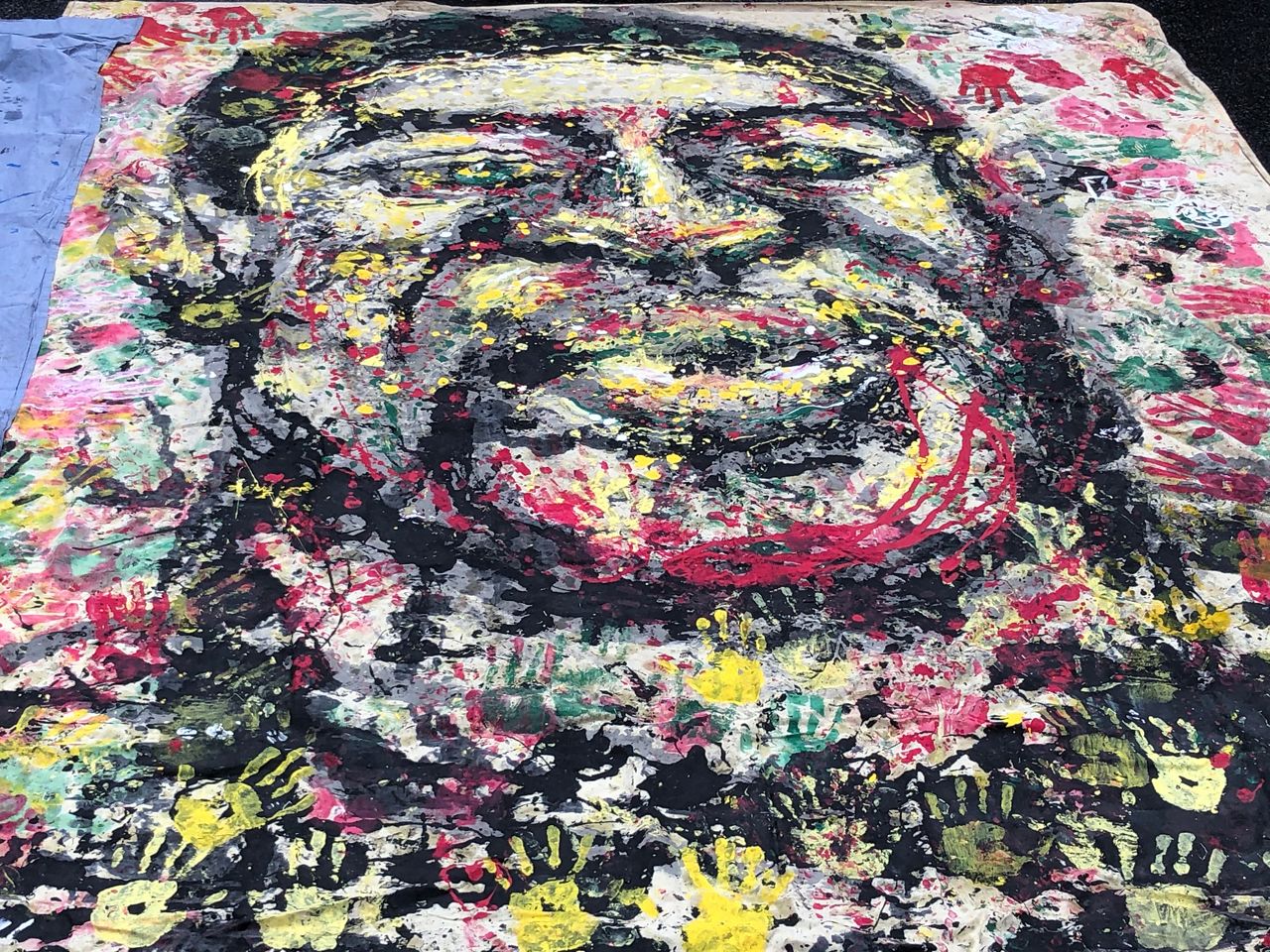 (A mural of George Floyd, part of a larger canvas painting laid on Fifth Avenue on Friday. Daniel Huppert/NY1.)

Protests in the city have mostly been peaceful since sparking after Floyd was killed by police in Minneapolis on May 25, but demonstrators have often lambasted the president for not backing them and, specifically, the Black Lives Matter movement. Trump, who has deemed Black Lives Matter a “symbol of hate,” has instead tried to pivot the conversation to the city’s uptick in violent crime, claiming it stems from the anti-police rhetoric and protests.

The president has also skewered talk of defunding the police — a catch-all term gaining traction for reallocating or completely defunding police departments throughout the United States. Protesters Friday, however, continued to voice their support.

“I’d like to see the end of police brutality. Really, I’d like to see the defunding of the police department, and by that, it’s a lot more than just taking money out of police officers’ hands,” one demonstrator said outside the barricades. “It’s talking about actually putting it into communities and services that matter.”

Activists Friday also urged people gathered to continue to protest and to register to vote in November, hoping to turn the momentum from these Black Lives Matter rallies into changes at the ballot box.

The march comes a day after a new Black Lives Matter mural was painted in Queens. Mayor Bill de Blasio joined activists and community leaders on Jamaica Avenue. It's all part of the mayor's promise to paint a mural in every borough.

"The message is a powerful message. Someone in the media said to me the other day, ‘Well, that's a political message.’ I said, ‘No, that is a moral message, a human message, a historical message. It transcends any notion of politics,’" de Blasio said.

Murals already exist in Manhattan and Brooklyn, but several, including the one in front of Trump Tower, have been vandalized multiple times.