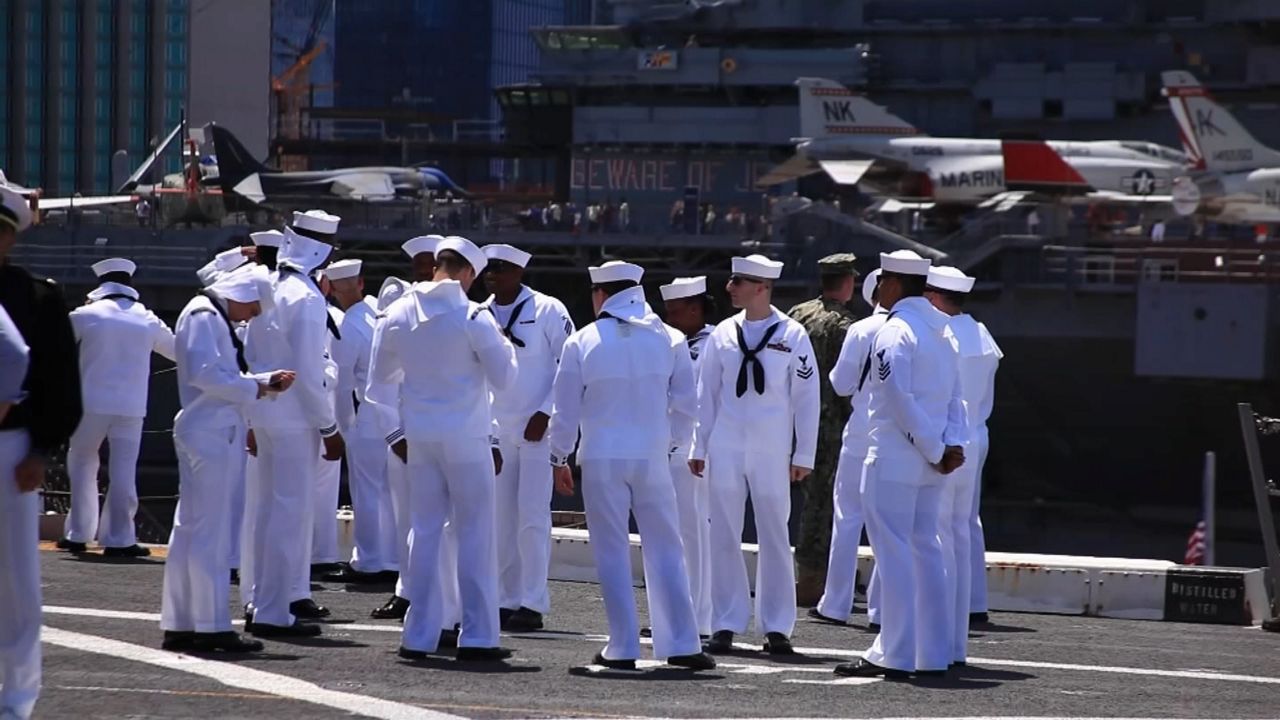 NEW YORK - Due to the COVID-19 crisis, the city’s annual Fleet Week celebrations are looking a lot different this year. You won’t even have to leave your home to experience it.

New Yorkers are used to seeing thousands of sailors and a mini flotilla of ships steaming into New York, just in time for Memorial Day weekend. This year, however, there won’t be a fleet, or any sailors for that matter, because of the city's health crisis.

Instead, the Navy is presenting a lineup of virtual events, now thru Tuesday, to safely watch from home.

“There’s honestly a bit of sadness that we’re not there,” said Rear Adm. Chip Rock, a Commander with Navy Region Mid-Atlantic, who was in New York City in 2019 for Fleet Week. “Moreover than that, the overwhelming feeling is that we just have to roll up our sleeves and do what our nation needs us to do.”

Rock says these virtual events, which include ship tours, will use Facebook, Instagram, and Twitter to give the public a better idea of how the Navy, Marines, and Coast Guard serve America.

One of the highlights Wednesday on the first day of Virtual Fleet Week was a demonstration on Facebook Live that showed perfect landings from the U.S. Navy Parachute Teams, known as “The Leap Frogs.”

Another highlight was a question and answer session that features several testimonials, including one from an officer assigned to this E-2D Hawkeye, a surveillance aircraft.

“It’s very exciting to be on the forefront of this new technology and all the advancements that are coming out,” said LGJT Daniel Happe, who is a student naval flight offer.

This year’s virtual celebration can be found online at nycgo.com/events/fleet-week. It’s the third time since Fleet Week launched in 1984 that no official gathering will be held in-person.

It was first cancelled during the Gulf War and again in 2013 because of federal budget cuts and sequestration.

Normally, the absence of 5,000 sailors would be felt by the bars and restaurants they typically visit on the West Side, but most of those businesses are closed anyway because of the pandemic.

Looking ahead, if concerns about coronavirus do not put a stop to the city’s Veterans Day celebrations in November, the Navy hopes to have a larger presence than it usually does by sending a ship here.