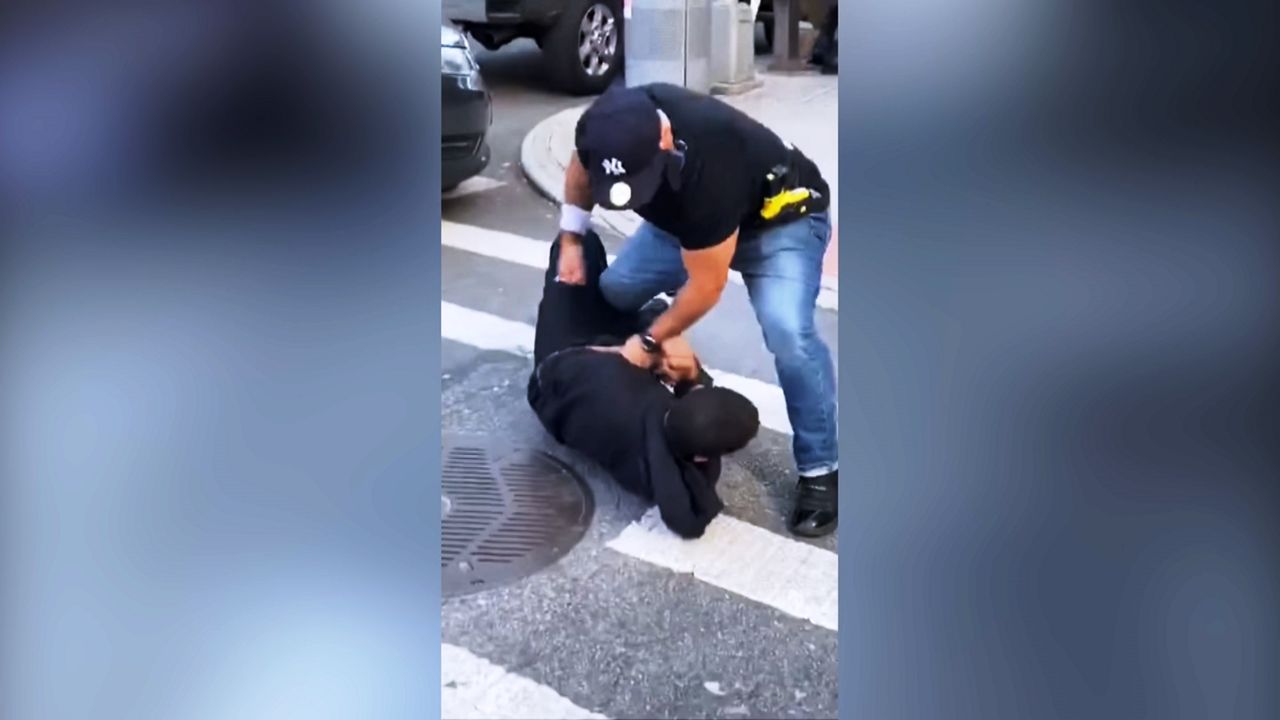 The officer, who police sources have identified as Francisco Garcia, is now on modified duty.

Speaking on "Mornings on 1" Monday, Police Commissioner Dermot Shea said Garcia will be off the street without his weapon until the investigation is complete.

"Certainly some tactics that I was not happy with and that was really part of the decision behind the decision to modify that night. Let's slow it down, let's get all the facts," Shea said.

The incident happened Saturday around 5:30 p.m. near East Ninth Street and Avenue D on the Lower East Side.

Dermot Shea responds to the social distancing arrest where an NYPD officer got violent, saying there were "certainly some tactics that I was not happy with," but that an investigation is still ongoing to determine the facts. The officer has been placed on modified duty. pic.twitter.com/uQvN1qaBzO

It all started when police were trying to disperse a crowd.

The NYPD says when officers asked them to break up some complied while others refused.

As others began to gather and yell at police a plainclothes officer in a Yankees hat warned them to back away while pointing his Taser.

When he was approached by one man, the officer appeared to strike the man in the face and take him to the ground. He then slapped and punched the man several more times before making the arrest.

In a tweet, Mayor Bill de Blasio said he was "really disturbed" by the video and that the behavior by the officer was "simply not acceptable."

Saw the video from the Lower East Side and was really disturbed by it. The officer involved has been placed on modified duty and an investigation has begun. The behavior I saw in that video is simply not acceptable.

The NYPD says three people were arrested at the scene.

When asked whether the civilians involved in the altercation would be prosecuted in any way, a spokesperson for the Manhattan DA offered a clear response.

"I can confirm our office deferred prosecution on these cases, pending further investigation. They are free to go home. No fines, no bail."

Both Rev. Kevin McCall and Civil Rights Attorney Sanford Rubenstein have called for the Manhattan DA to investigate Officer Garcia for criminal conduct in regards to Sunday's incident.

The DA's office has confirmed to NY1 that they've received a letter from one of the civilian's attorneys and are conducting an impartial review of all aspects of the incident.