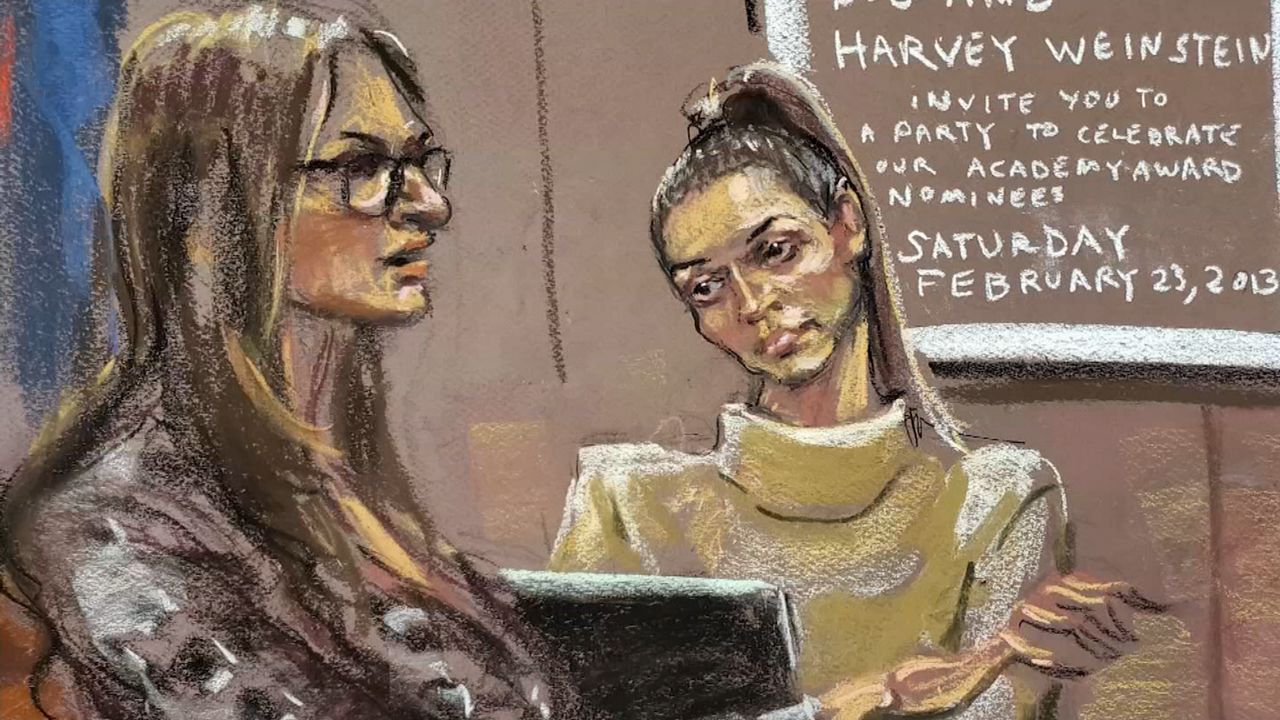 But before she did, the judge allowed Manhattan prosecutors to call Italian actress Emanuela Postacchini to the stand.

She testified that Weinstein wanted to have a sexual encounter with both her and Mann together in 2013.

Postacchini said Weinstein made the request at the Montage Hotel in Beverly Hills.

She said Mann eventually ran out of the bedroom.

"She was crying in the bathroom in a fetal position on the ground,” Postacchini said, then adding, "I remember him saying, ‘what is she doing?’"

Prosecutors called Postacchini to bolster their claim that Weinstein was controlling Mann and that Mann wasn't comfortable with the things he wanted her to do.

Weinstein's defense grilled Postacchini, saying she had had consensual sex with Weinstein. Postacchini replied she didn't oppose it, but felt forced and manipulated in the encounters.

Asked about the incident with Mann and Weinstein, she testified, "I didn't have any idea there would be a woman in the room."

"Did you feel tricked by that?" Prosecutor Joan Illuzzi asked.

Mann then returned to the stand for tougher questioning by defense attorney Donna Rotunno.

At times raising her voice, Rutonno said Mann had a consensual relationship with Weinstein because he could help her in Hollywood.

Mann said she knew her relationship with Weinstein was complicated.

"It doesn't change the fact that he raped me. This whole relationship was bad for me,” said Mann.

Mann said that while they engaged in some consensual sexual acts and role playing, "I only remember intercourse from the times he raped me.”

Then Rotunno started to rattle off that Mann has been diagnosed with panic disorder, suicidal thoughts and that she was angry and paranoid.

Mann fired back, asking Rotunno if she was her psychiatrist.

The jury also was shown nude photos of Weinstein, to support Mann's testimony that he was deformed.

When asked if he'll take the stand in his own defense, Weinstein didn't answer.

His lawyers say the encounters with his accusers were consensual.