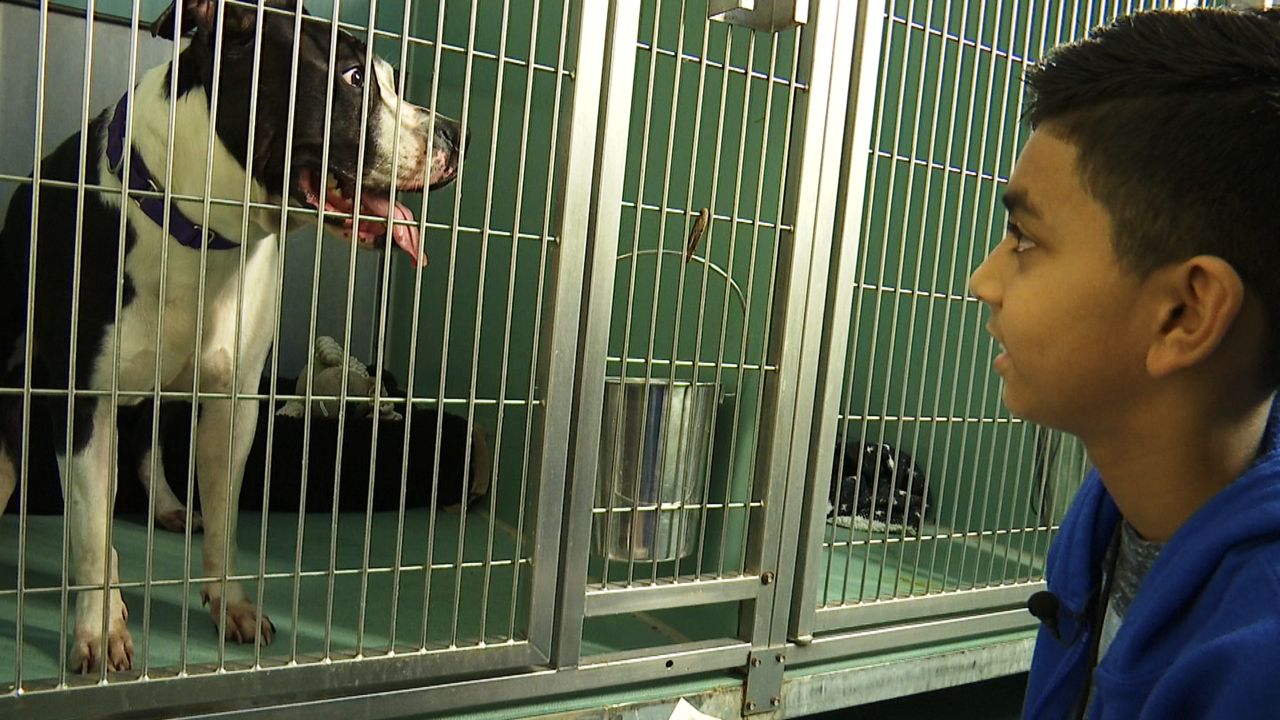 While most children his age are playing video games or watching television, 9-year-old Evan Bisnauth prefers to spend his free time reading to dogs at the Animal Care Centers of NYC.

For a little more than six months, Bisnauth has been a junior volunteer and part of the NYC ACC’s Books with Boroughbreds program. He is one of less than two dozen children across the city who participates in the program.

"I wanted to help [the dogs] conquer their fear so when people interact with them and they want to adopt, they are more socialized," said Bisnauth.

It's Bisnauth’s patience and dedication to the animals, and at such a young age, that makes him stand out.

"It's inspiring to see Evan and kids who are so intuitive with animals. You can see that they have this connection," said Alex Silver, the Community Advocacy and Outreach Manager at the Animal Care Centers of NYC.

The fourth grader from the Bronx takes his time selecting a few animals to sit with during each visit.

"Usually, they are scared, and it's a new place for them," said Bisnauth.

Evan has taken his volunteer work a step further.

“It's taught him a lot about compassion and giving a voice to dogs that doesn’t have a voice, that we don’t know their stories," said Amanda Persaud, Evan's mother.

The Instagram account includes posts about some of Evan's success stories, but it also highlights some of the dogs, currently at ACC, at risk of being euthanized.

During a few of Evan’s visits, he’s learned a dog he read in the past was euthanized in between his visits. Evan takes the news like a person well beyond his years.

"It's sad to see what they go through sometimes, but I just like to know that I was there for them," said Bisnauth.

Evan has given more than just his time to the animals at the ACC. For weeks, he sold sweatshirts to raise money for the Animal Care Centers. He raised $1,000 and brought the donation with him during his visit on Friday.

Bisnauth hopes the money will help save some of the animals he reads to each week.

For more information on the program, visit this link.