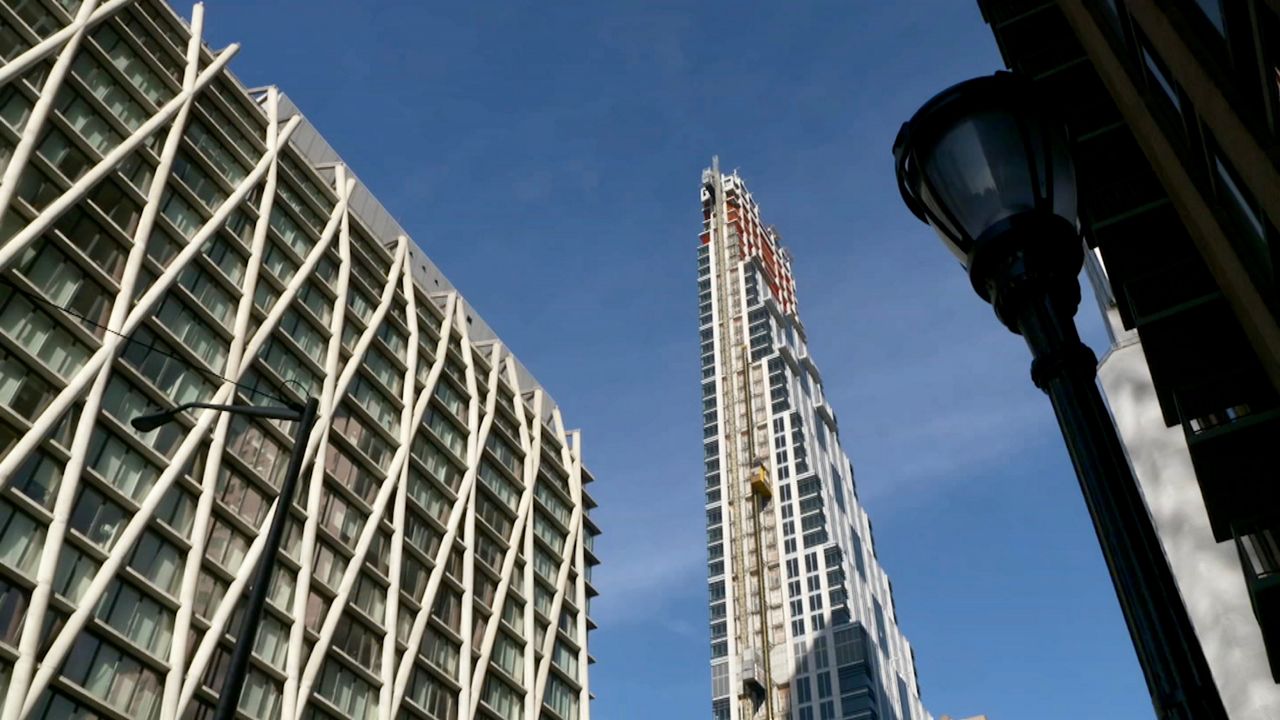 The city's skyline has been reaching ever higher for centuries, but the changes in the last few years have been especially dramatic, allowing some people to literally live in the clouds, while leaving a growing number of New Yorkers in the shadows. Our Michael Herzenberg spent six months exploring the ups and downs of this high rise boom, why it's happening and how it's transforming the city. Here is Part One of his series, "The Sky's the Limit."

The city's skyline is always reaching higher, and now it's undergoing its biggest transformations yet with six buildings sprouting higher than the Empire State Building in the last six years, and more are on the way.

“The skyline’s changed so dramatically," says professional photographer Andy Foster. “[It] changes on a yearly basis.”

Foster has been documenting Manhattan's profile for nearly 20 years from a bluff in New Jersey, 11 miles away.

“It’s not the same skyline that, that we knew,” Foster says of the city's iconic horizon. He’s not wrong. When searching the Council on Tall Buildings and Urban Habitat, NY1 found that developers are planning another five buildings taller than 1,300 feet. “It was the perfect storm," Miller tells NY1. "It was Wall Street hungry for higher returns, hedge funds, sovereign wealth funds, private lenders. So, capital was readily available and very inexpensive [and] looking for a home. Everybody had the same idea at the same time.”

The idea was to take advantage of improvements in building materials and technology that enable skyscrapers to be taller and thinner. A 90-story building can make more money than a 60-story building on the same plot of land.

Another change: A demand by high-end buyers for apartments. Three of the new ultra-tall high rises are residential buildings.

“Historically, most supertall buildings were office buildings,” says Gregg Pasquarelli, the founding principal of SHoP Architects and Architects for Building. “This is part of that wave of these supertall slim residential towers that have come in the last few years.”

The buyers of these sky-high homes are getting views that are to die for. But down below, increasing swaths of the city are losing sunlight.

“It upsets me. I’m in the park almost every day,” says Linda Senat, a member of Save Central Park NYC, a group dedicated to preserving the storied park. “I don’t want to see it taken away by people who are building these huge things just to get a few more million, people who might not come and in any way contribute in any way to the city. They’re lock boxes in the sky.”

Because so many new expensive apartments are coming to the market at the same time, it’s created a high end housing bubble.

“At the end of the day, you’ve got to sell and, of course, we’re in a market that’s oversupplied,” says Extell CEO Gary Barnett. “It softened, so we had to price this building a little more restrained.” (A look back in time: the view of skyscrapers along Central Park in 2008. Photo via Richard Berenholtz.)

Prices are down 15 to 40 percent from the high in 2014 says Miller. “We’re looking at a housing stock that’s about 40 percent unsold.”

And of those that are sold, Miller explains, more than half are going to out-of-towners buying a second, third or fourth home, amplifying the anger of New Yorkers left in the shadows.