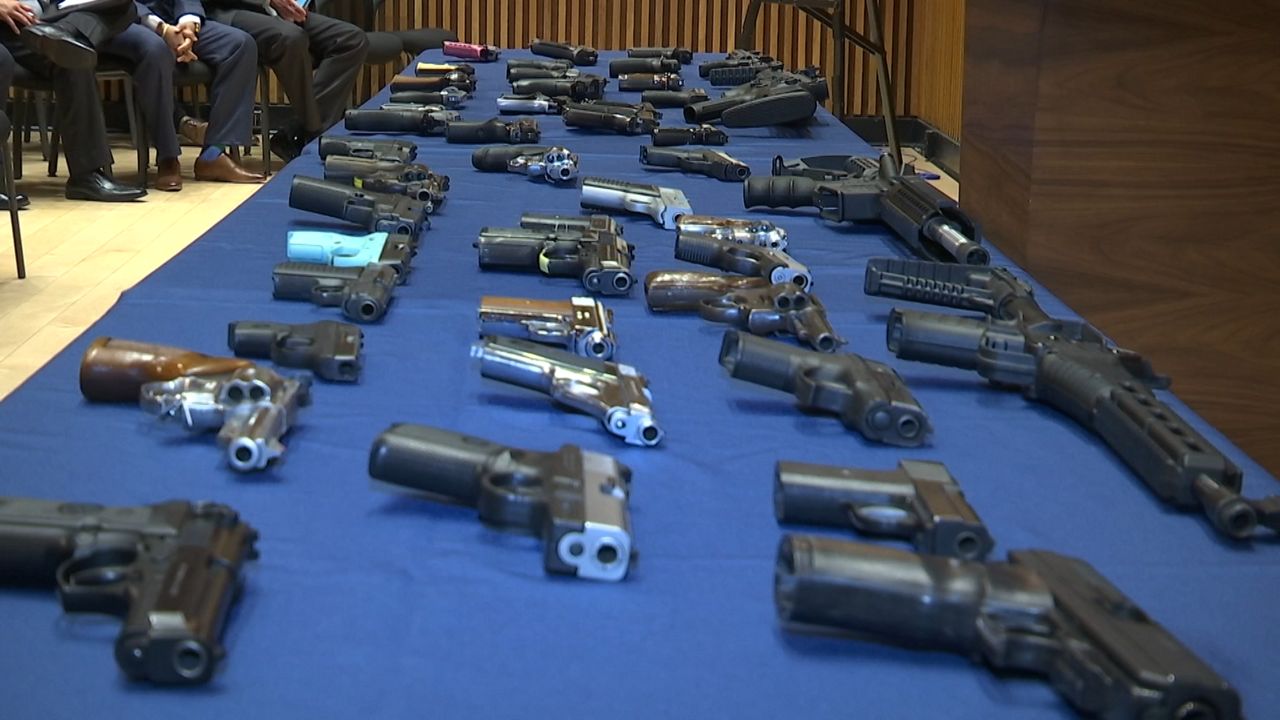 The NYPD on Friday announced a gun trafficking bust in Washington Heights, taking dozens of weapons off the streets.

Eleven people were arrested for allegedly selling 43 guns to an undercover officer over the course of a year-long investigation.

Authorities say 33 of the guns are semi-automatic pistols, six are revolvers and four are assault rifles.

They say many of the defendants are associated with the Trinitarios street gang.

Manhattan District Attorney Cy Vance says this bust is an example of why he thinks there needs to be stronger legislation concerning gun trafficking and gun violence.

"These people, there is no excuse, there is no way we can tolerate people selling guns into our communities," Vance said. "And the folks who are buying these guns and bringing them into our communities are just what you think. They are merchants of death. The only purpose to have these guns is to use them and too often to shoot people. So, as far as I'm concerned, enough is enough."

The bust produced 96 counts of conspiracy and criminal sale of a firearm.

If convicted, some of the defendants could get life in prison.