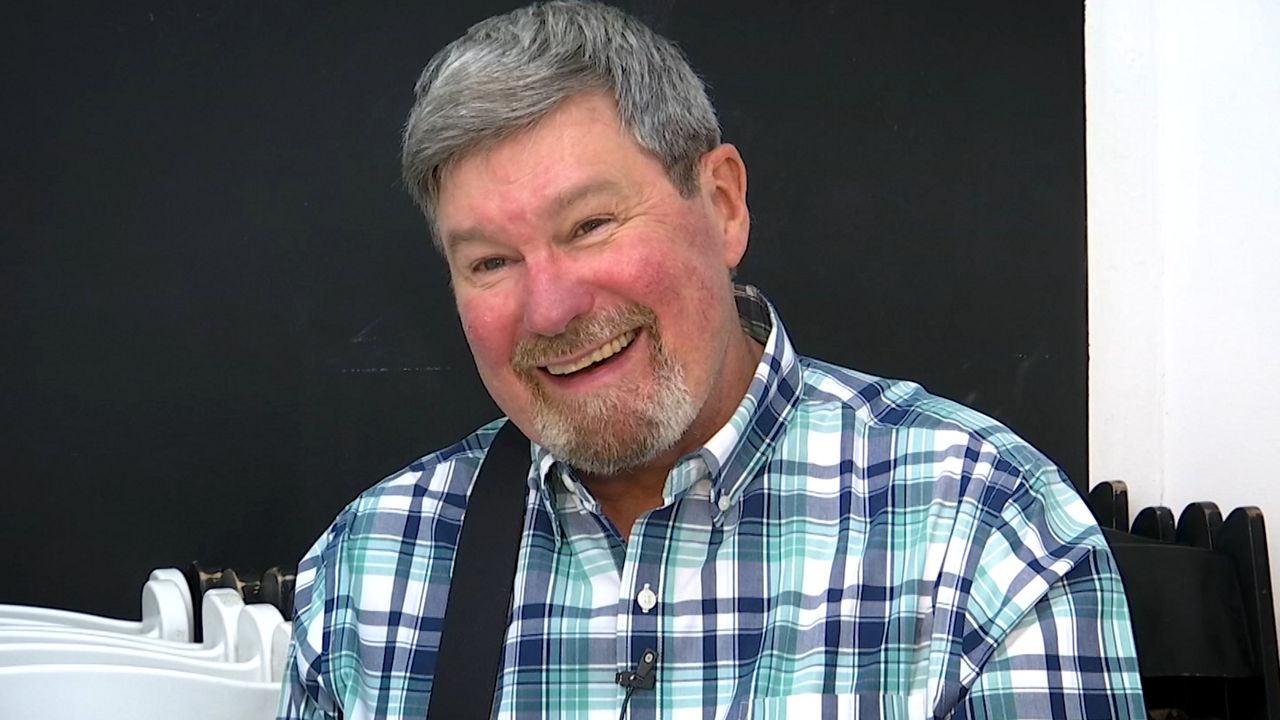 A Staten Island Man with Aphasia Makes His Theatrical Comeback

In a tiny off-off-Broadway theater in Hell's Kitchen, John Daggan is making his theatrical comeback:

Actor: We're happy to have you, Joe! And what's your profession?

That Daggan stumbles over his lines is not scripted. The Staten Island man suffered a stroke nearly 10 years ago. It left him unable to move the right side of his body. And when he speaks, he has difficulty finding the right words, a condition called aphasia.

A crushing impairment for an actor. Growing up in North Carolina, Daggan took an interest in the stage. He earned three degrees in theater and starred in dozens of theatrical productions.

Daggan moved to New York with his wife about 40 years ago with high hopes of making it as an actor. Then, life happened. Daggan and his wife had two kids, and he built a career as a computer analyst. But he always kept his Actors' Equity card up to date.

At the time of his stroke, he had been thinking of retiring from his job and pursuing acting full-time. After years of speech therapy, he decided to give acting one more try. More than a dozen auditions ended in disappointment.

But then Daggan heard about a new production, "Talk to Me: A Play About Aphasia." It's about an aphasia support group that seeks to teach people about the disorder by performing a play. Think of a play within a play.

"'Talk to Me' is just great because I'm … aphasia," Daggan said, laughing.

Playwright Megan Bussiere didn't plan to cast anyone with aphasia, but she allowed Daggan to audition anyway.

"He came in and he was very straightforward about what he could do and what he couldn't — he explained that really well," Bussiere said. "And then he dove into this monologue and he was completely fluent and he was passionate and it was just beautiful. We all had chills."

And so Bussiere added a role for Daggan, based loosely on himself. On Friday night, he found himself back on stage for the first time in more than 30 years, after holding onto his theatrical dreams even after a debilitating stroke.

And that is something to celebrate, even if he struggles to express it.