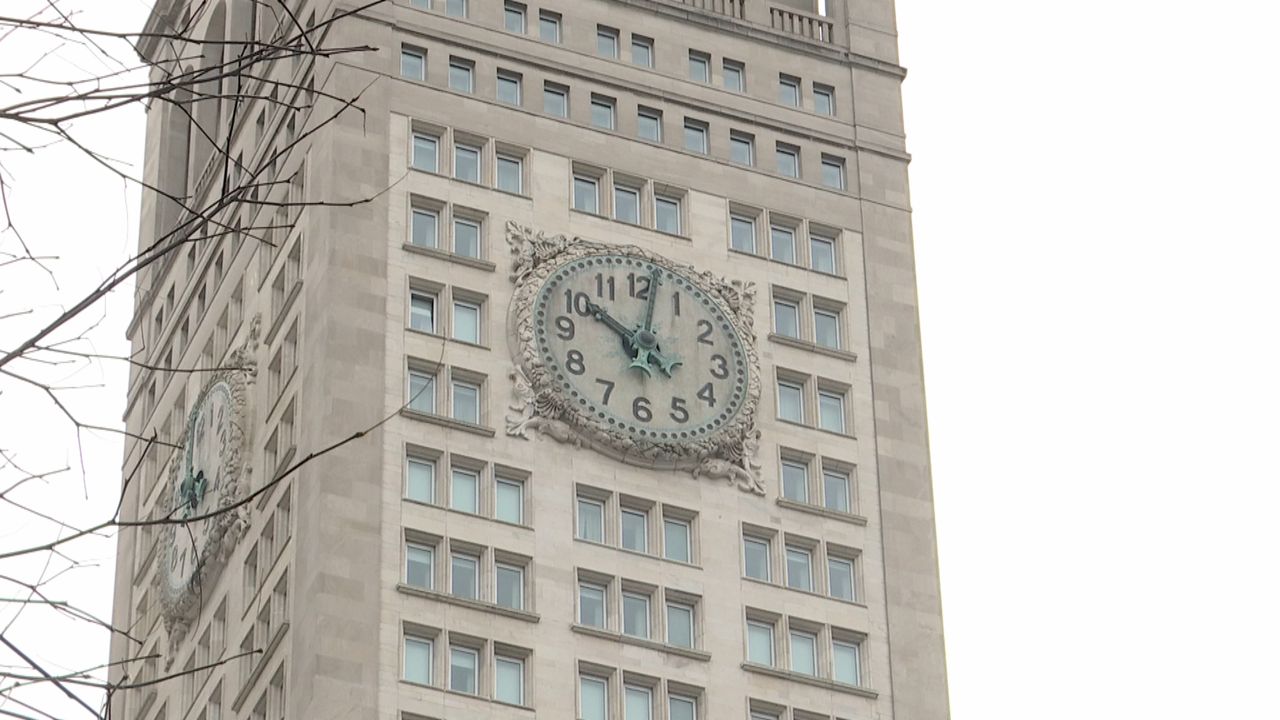 At night, or even during daylight, if you are in the Flatiron District, you can just look up to know what time it is.

The Met Life Clock Tower has been providing that service for 110 years. It was built in 1909, as an addition to Met Life's headquarters at 23rd Street and Madison Avenue. Before that, something else was here across from Madison Square Park.

"There was a church that stood here, and the president of Met Life wanted to continue to grow his business, so he took on acquiring this church," said Miriam Berman, a tour guide with the Flatiron 23rd Street Partnership.

The 50-story, 700-foot-high tower, now home to the New York Edition Hotel, was once the world's tallest building, holding the title until the Woolworth Building went up in 1913. It's design was inspired by a Venetian bell tower, with four clock faces, each measuring 26-and-a-half feet in diameter.

Hotel Director of Engineering Josh Taylor showed me around, including a chance to take in some of the best views in town from a spot not usually open to the public.

His team works with a company called Elderhorst Bells to make sure the clocks are accurate.

"Having the right time, you know, even if it's a couple of minutes off, throws off the whole aestetic of the building," Taylor said.

The clock looks old school, but was modernized when the building was renovated five years ago.

"Obviously, it still has something that controls the arm and the hands, but it's all digital as far as the inner workings," Taylor said.

The building, along with that other famous building nearby, the Flatiron, are a highlight of free weekly Sunday historic walking tours offered by the Flatiron 23rd Street Partnership, the neighborhood's business improvement district.

"There's architectural history, there's cultural history, and some of the best restaurants in the city are right here as well," said Kurt Cavanaugh, deputy director of the Flatiron 23rd Street Partnership. "It doesn't hurt."