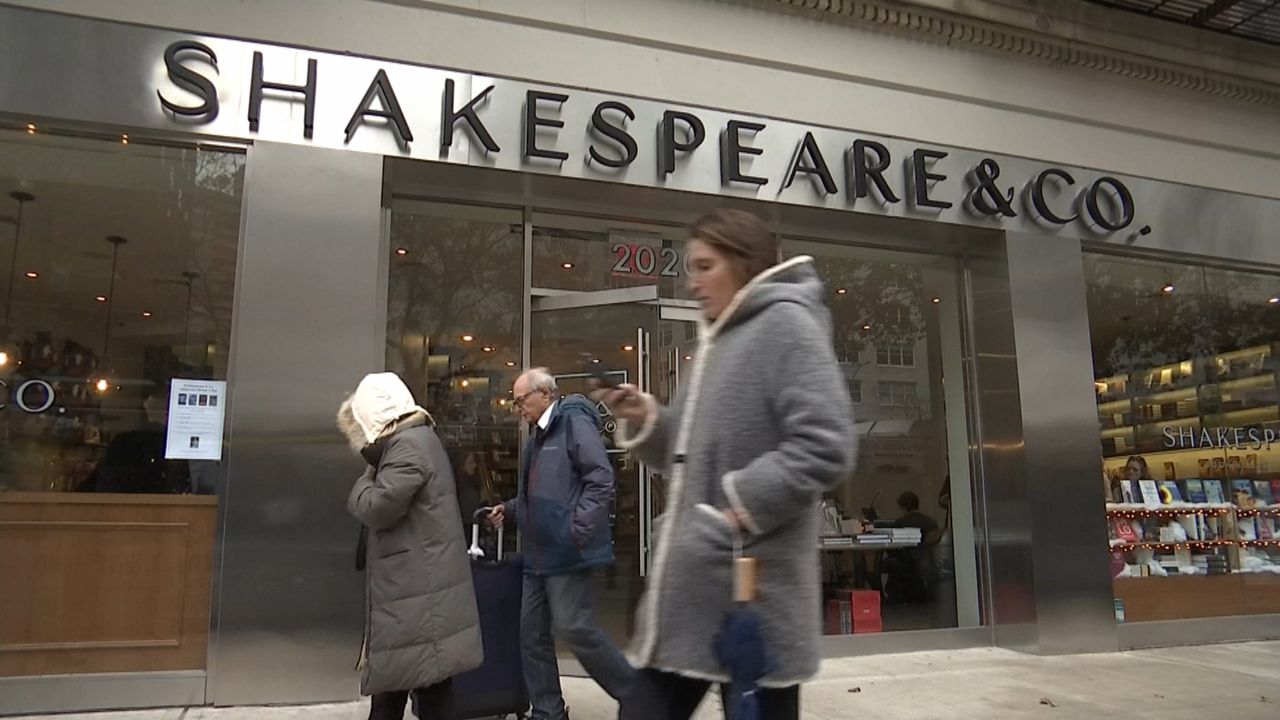 Bookworms, Rejoice: Shakespeare & Co. Returns to the Upper West Side

NEW YORK - It's a sight you don't see that often anymore: a line of people waiting to buy books - physical books - at a small, independently owned bookstore.

"I like looking around, I like being able to touch and feel books," said Shakespeare & Co. customer Kathi Schulman. "I read a Kindle, but I love dealing with books. I love the tactile sense. I love being able to flip through them.

On the Upper West Side, Shakespeare & Company is making a return 22 years after tough competition from Barnes and Noble forced it out of the neighborhood.

It may not seem like now is a better time to open a bookstore. But the owners say they know that with the convenience of Amazon and e-readers like the Kindle, they have to do more than offer bestsellers, which is why this store comes with a cafe and the Espresso - not a cup of coffee but a machine that can print books that aren't on the shelves.

"There will be a day when you can come into a 2,000 square foot store, ask for a book in any language and if it's not on the shelf, we'll say have a cup of coffee, we'll get it to you in three minutes," said Shakespeare & Co. CEO Dane Neller. "That technology can do that now"

From the late 1990s to around 2009, independent bookstores were decimated, first by chains like Barnes and Noble and then websites like Amazon; for a while Shakespeare and Company had several locations across the city until all but one on the Upper East Side shut down. But now, experts say small booksellers are slowly starting to come back, fueled in part by consumers who like the community of a local bookstore.

"There are millions - literally millions of consumers - who make decisions every day to shop in a locally owned independent business," said Oren Teicher, the CEO of American Booksellers Association. "Because they know the dollars they spend recycle and recirculate in that community."

The owners of Shakespeare & Co. say they're planning more locations, including one in Greenwich Village, which is expected to open in the spring.