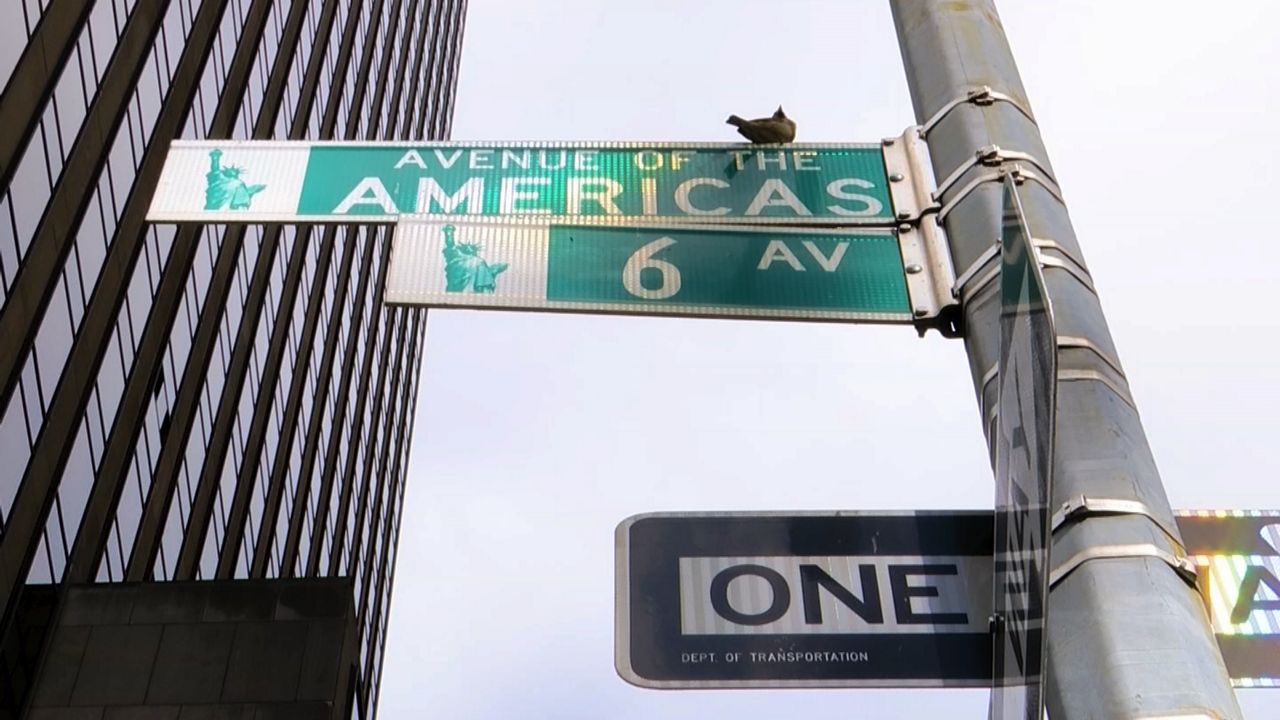 How NYC's Avenue of the Americas Got its Name

NEW YORK - Sixth Avenue is one of the busiest arteries in the heart of the city with attractions that draw visitors from around the globe.

It also has two names.

The Manhattan stretch was established as part of the grid plan for the city's streets back in 1811. It runs from TriBeCa at Church and Franklin streets northbound to Central Park South, 59th Street. But it was renamed Avenue of the Americas in 1945 under Mayor Fiorello La Guardia.

"Their vision was actually that by calling it the Avenue of the Americas, and celebrating New York's new place as the capital of the world, the UN with its headquarters here," explained New York Historical Society Mellon Fellow Nick Juravich.

And perhaps it was to attract consulates to Sixth Avenue for the nations in the Western Hemisphere. That didn't happen.

And 73 years later there are only a few official traces of the renamed avenue left. Mainly, some old medallions on lampposts featuring flags of nations in the Americas.

Most are long gone, victims of urban renewal, development and something more basic: The replacement of lamp posts.

Juravich says the Avenue of the Americas name never quite caught on.

"They did surveys actually in the post-war era, and New Yorkers were eight times more likely to call it 6th Avenue," he added.

Yet some buildings still use Avenue of the Americas in their address - it adds a little flair.

Also keeping the name alive is the Avenue of the Americas Association, a nearly century old civic organization that promotes the entire avenue.  It was originally founded as, go figure, the Sixth Avenue Association.

Executive Director Sarah Berman says they have talked to the city Transportation Department about bringing back those medallions of the hemisphere.

"I think we would welcome, it's a piece of history, not everyone in New York understands why 6th avenue is also called Avenue of the Americas, and I think it's a nice piece of history that shouldn't be lost," Berman said.

To make things even more confusing, Sixth Avenue in Harlem was eventually renamed Lenox Avenue. About 100 years after that, it was named Malcolm X Boulevard.