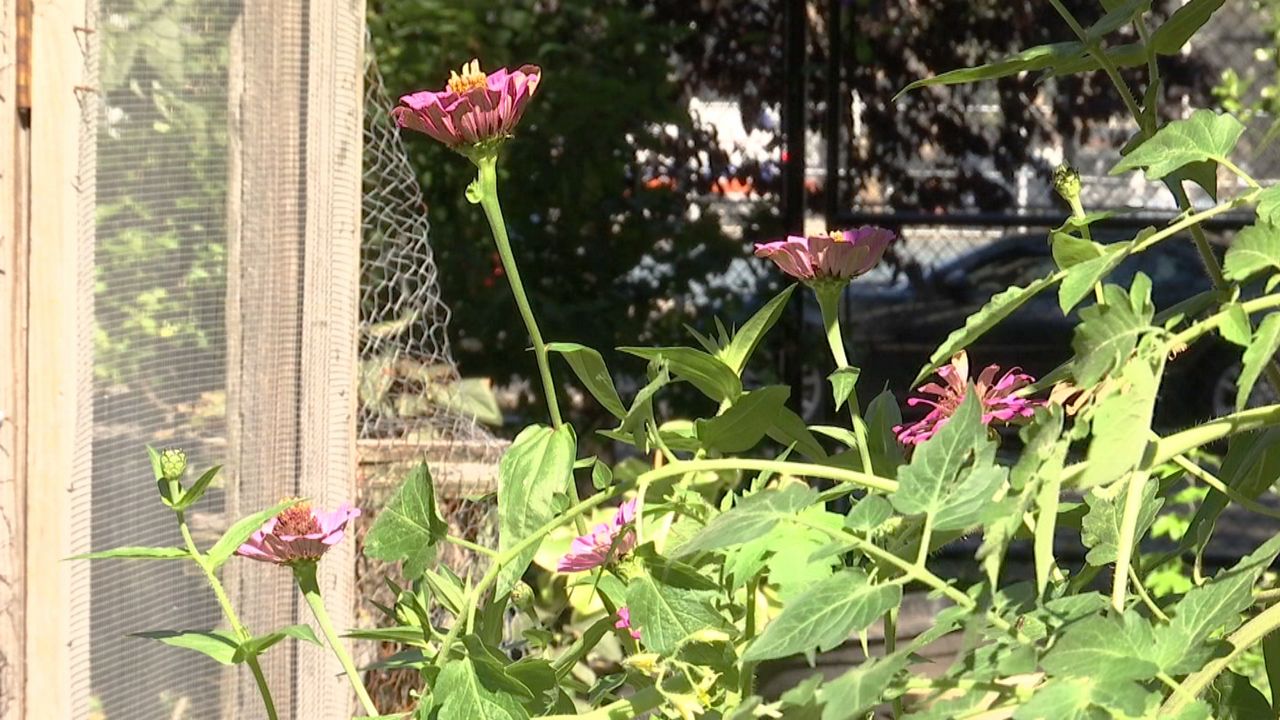 Members of the Pleasant Village Community Garden spend a lot of time caring for their neighborhood's unique greenspace.

"That is my life," said one resident.

Created 42 years ago, the garden is big. It sits on city-owned land that stretches along Pleasant Avenue between East 118th and 119th streets. Members grow flowers and a variety of vegetables. They also care for chickens - yes, chickens - that roam free when they're not stuck in their coop.

For many, the garden serves an escape from the neighborhood's asphalt streets and cramped apartments.

"The people, they don't got no place to go, you know," said garden vice president Carlos Melendez. "And then they come over here and pass a good time."

But now, residents are upset that the de Blasio administration is moving forward with a plan to take about one-quarter of the space so a developer can build an apartment building for low- and middle-income New Yorkers. Residents fear parts of the garden that now get sun will be permanently cast in shadows.

"It will necessitate a big change in the garden, like to actually destroy the footprint of the garden, as it is now, to actually capture any sun," said Christine Johnson, who serves as the garden's president.

The proposed construction is part of a larger plan to turn 10 city-owned lots around the city being used as community gardens into affordable housing.

Manhattan Borough President Gale Brewer says the garden should remain intact, but the local council member, Diana Ayala, thinks the building should move forward, arguing much of the garden will remain as is.

The city says it has already selected a developer for the site, a sign residents may not be able to save a portion of this green space that has been a resource and a gathering spot for an entire neighborhood.