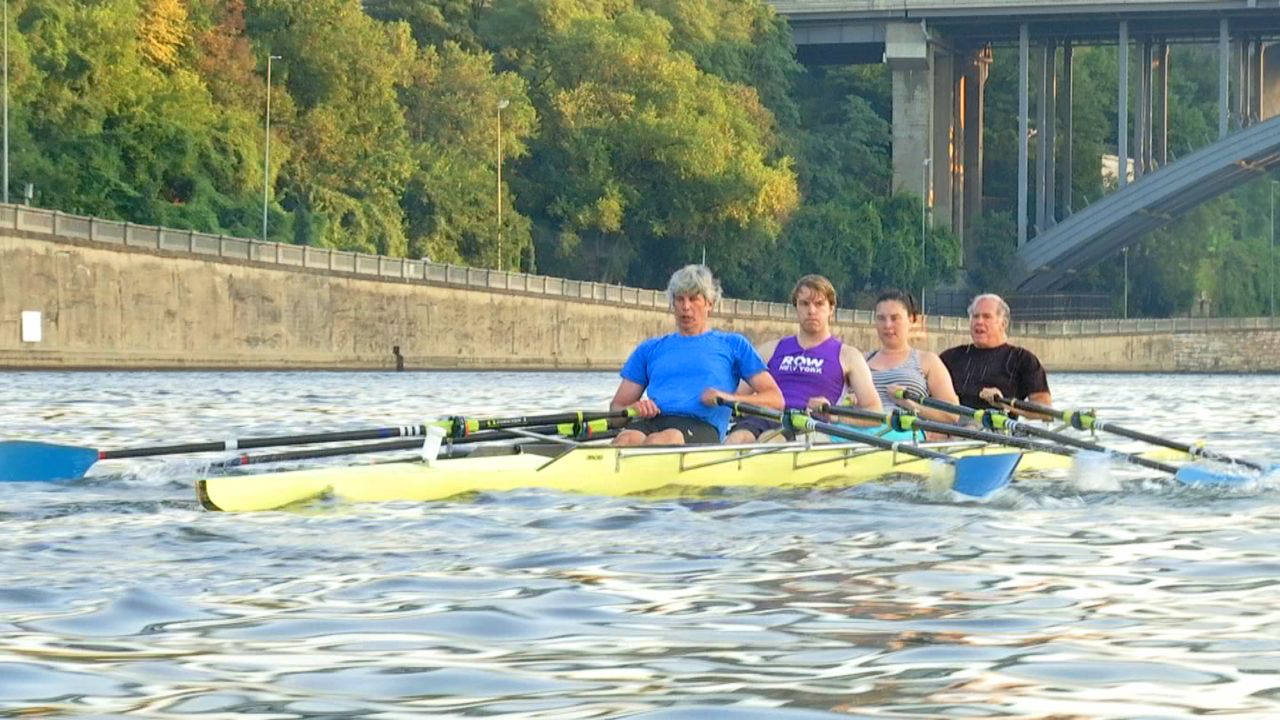 Learn to Row Like a Pro on the Harlem River

NEW YORK - So what's your morning workout like? For some rowing enthusiasts, being out on the Harlem River at the crack of dawn beats the gym any day.

"Here I am in middle life. Kids are grown. I was looking for what's the next chapter. Turns out it's rowing," said Jessica Sabat, a rower.

Top Row New York provides folks like Jessica Sabat a chance to learn and master the sport with sessions for beginners and experienced rowers. They keep a fleet of boats at the Peter Jay Sharp Boathouse on the Harlem River which they share with the Row New York organization, which teaches teens, veterans and people with disabilities to row.

"It's beautiful out here, and it's just way more motivating at least for me to be moving past real objects than watching numbers change on a screen, plus you get a great feeling when a whole boat of people rows together. One you feel it once, you are just chasing every time you are in a boat," said Mel Abler, New York Program Director at Top Row New York.

Since I never tried it before I got a quick lesson on the rowing machine. Then it was out onto the water with three other beginners like me and Top Row New York Program Director Mel Abler acting as our coxswain. She was charged with steering and keeping us moving in the right direction at a good pace.

Iit's fun seeing the city from a different perspective. It's also hard work. My main concern: Not to catch any crabs.  It's not what you think. It's a rowing term for losing control of the oar which could potentially catapault a rower out of the boat.

Speaking of oars, the ones used are not like those you may have seen.

"They are about 12 feet long about 5 pounds and so if you are not used  to that especially where most of the weight is at one end? It can be really awkward at first," Abler explained.

Luckily, I avoided being jetisoned into the river and had an uneventful first trip with the help and patience of my fellow rowers.

If you want to give it a try and take one of the shells out on the water, just head to newyork.toprow.com.