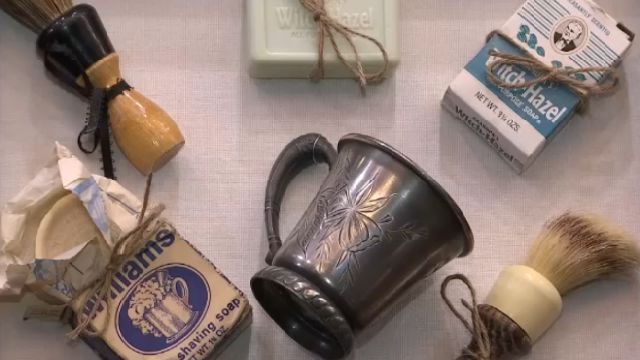 NEW YORK - A new museum on the Upper West Side is a cut above the rest.

Located on Columbus Avenue near 74th Street, it's a showcase of vintage barbering artifacts.

It's also a full-service barber shop, allowing customers to get a haircut or a hot shave in early 20th Century decor.

Owner Arthur Rubinoff says he started the museum with items collected by his late father, also a barber, who emigrated from Uzbekistan.

"To him it was a history, because he studied. And I never knew that barbers used to be dentists and surgeons back in the middle ages. So he told me that. And to him it was more than cutting hair, it was an art," Rubinoff said.

The collection has grown to more than a thousand items - many of them stored in a warehouse, allowing Rubinoff to continually change his displays.

There are old barber poles, chairs, and manual clippers that are not as easy on the hands as the electric ones.

Tours at the museum are free, but you'll have to pay up for a haircut or a shave.