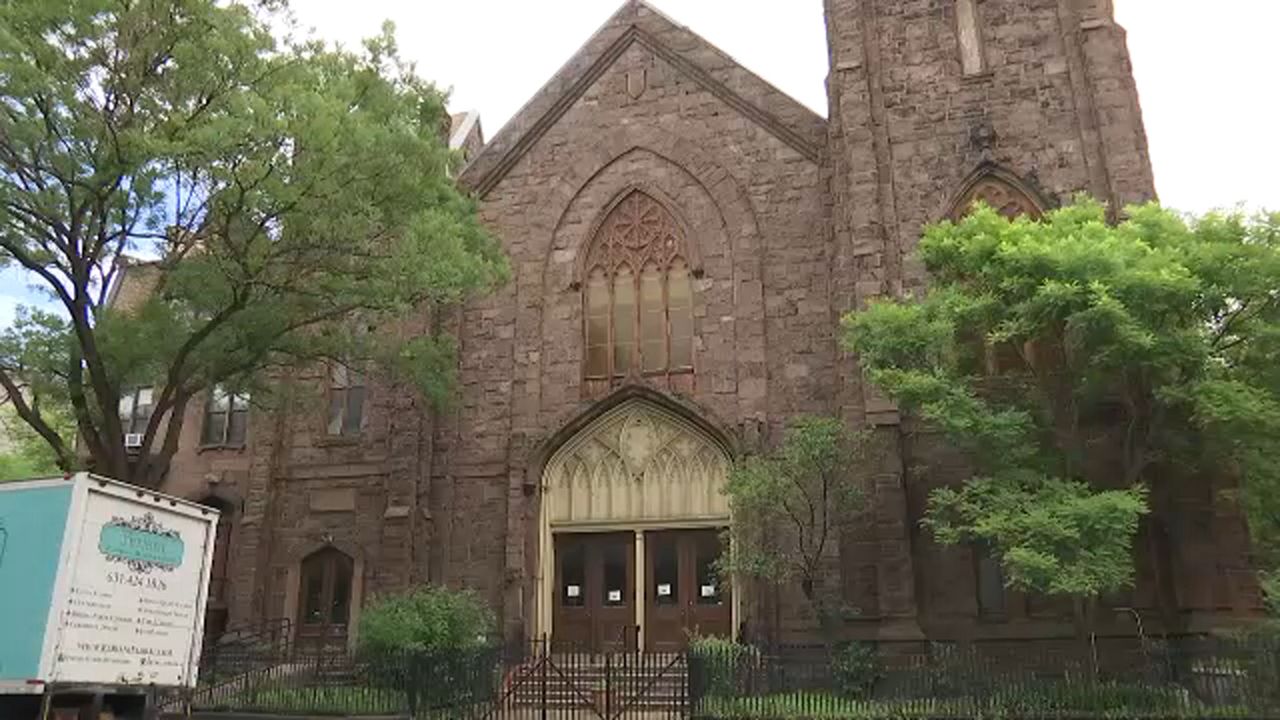 The building housing the Metropolitan Community United Methodist Church has been standing on Madison Avenue and 126th Street since 1871. It's a reminder of Harlem's past.

But inside, the past is crumbling. Two years ago, the ceiling partially collapsed. The rubble has been on the sanctuary floor ever since.

"For far too many years, the mentality has been, 'Let's just try and put a Band-Aid on it,'" said the Rev. Richard Hayes of the Metropolitan Community United Methodist Church. "But you can only put a Band-Aid on things for so long."

Now, the church is close to a deal with a developer that would demolish the building, perhaps for luxury condos, but provide the congregation with money to build a new sanctuary on another part of the lot.

Hayes said that would allow the church to offer more services and attract new members. Currently, only 80 congregants worship here.

But preservationist Michael Henry Adams said the church and its Victorian Gothic architecture must be saved as an important part of the landscape and a link to Harlem's past, especially as a capital of black America. It became a black church in 1942, reflecting the great migration of African-Americans from the South. But Harlem is changing again, and that past is being erased by a building boom.

"It's part of the mission of the church to preserve the building, which represents a physical and magnificent symbol of God's presence amongst us. That is a part of your mission," said Adams.

Changing demographics and dwindling congregations have forced other churches across Harlem to either close or sell their buildings to developers.

The LaGree Baptist Church once stood on 125th Street and St. Nicholas Avenue. Soon, an apartment building will replace it.

Derrick Taitt has been attending Metropolitan Community United Methodist Church for more than a half century. He doesn't want to see it torn down.

"I think they should try and save at least the front of the church and other parts that they could incorporate into a new development," said Taitt.

A new development that critics fear would destroy the neighborhood’s past, but one the church says is needed to assure its future.