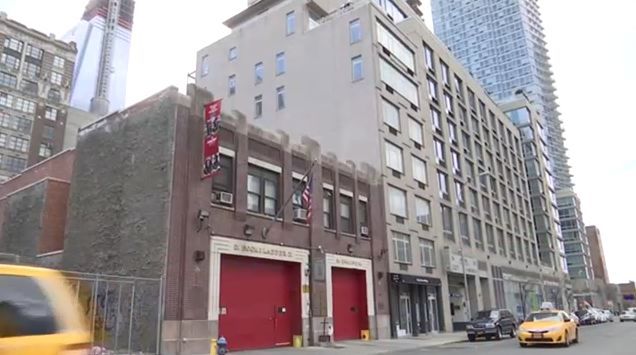 As the massive Hudson Yards development on Manhattan's Far West Side takes shape, fire union officials say one important building is missing — a firehouse. And they say that omisson puts the new neighborhood at risk. NY1's Michael Scotto has the exclusive story.

Every day, the far west side of Manhattan inches ever taller as skyscrapers rise in the Hudson Yards.

By 2025, 125,000 people a day are expected to live, work or visit the 28-acre development, which will have 17 million square feet of commercial and residential space, including 4,000 apartments, a hotel, and a public school.

The one thing the Hudson Yards won't have? A firehouse. A huge mistake, says the head of the firefighters union.

They may not seem that far away. But the union says they're often in the middle of traffic jams partly because Penn Station, Times Square and the Lincoln Tunnel are nearby. And they already are very busy.

"The fire companies that are responding right now are stressed to the max. It's not just the fires and it's not just fatalities. The New York City Fire Department, the firefighters, respond to medical emergencies also," Fitzgerald added.

But the union says those units will only get busier in the future. The new City Council speaker, Corey Johnson, who represents the area, agrees.

"It's going to be one of the highest concentrations of folks in the city, and a firehouse should have been initially included. It wasn't. But now we should fight for a firehouse in Hudson Yards," Johnson said.

Johnson called on the city at the end of 2016 to study whether a new firehouse is needed. The fire department says that review is ongoing.

The review includes not just the Hudson Yards development but the entire area from 28th to 42nd streets, west of 8th Avenue, which was rezoned more than a decade ago sparking a development boom.

Fire Commissioner Daniel Nigro points out that all of the buildings rising on the far west side will have the latest in fire-safety technology, but he acknowledges the department must play catchup.

"I won't say it will be engines or ladders or ambulances or some combination, but certainly when it all is said and done/resources will be needed," Nigro added.

Those resources will help protect a neighborhood that is mainly being built from scratch.