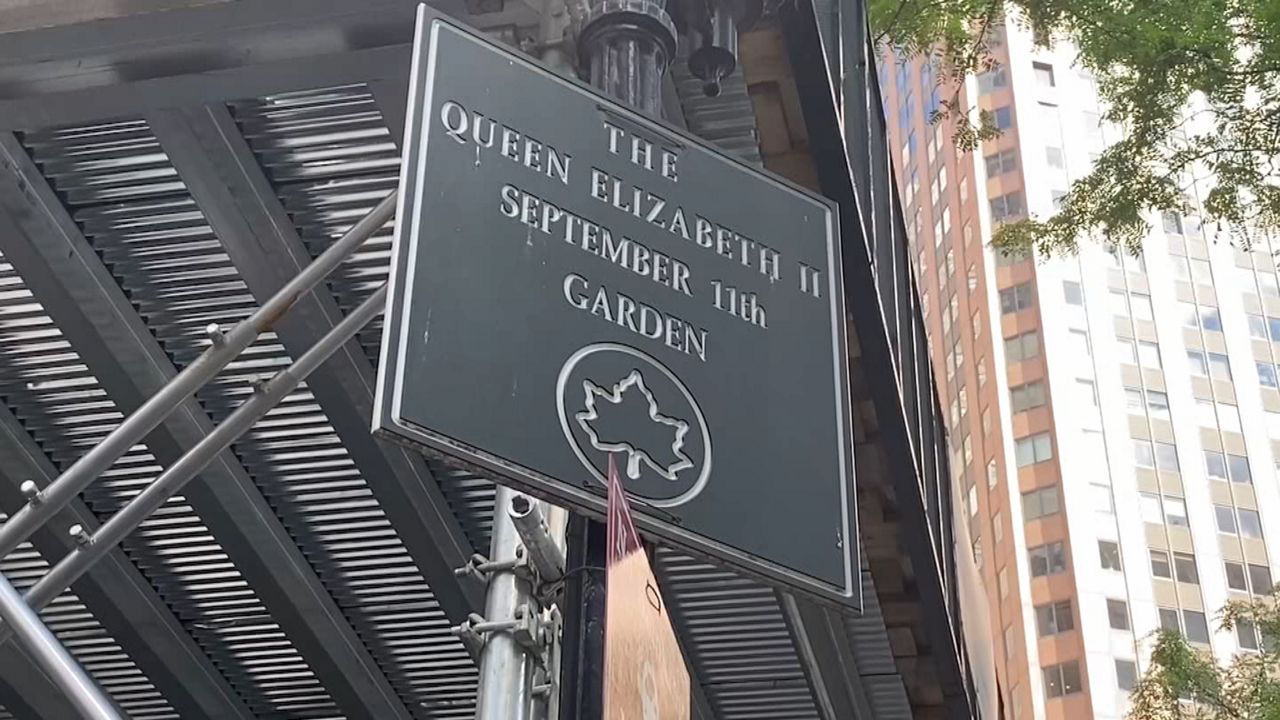 More than 3,000 miles from where she passed away, New Yorkers honored Queen Elizabeth II at a park in the Financial District that will be a lasting legacy of the late queen.

The monarch came to New York City three times during her near 70-year reign and, on her last trip in 2010, she came to this garden, nestled between skyscrapers that dominate the surrounding blocks.

It is called The Queen Elizabeth II September 11th Garden, a tribute to the 250 people from the British Commonwealth who died in the terror attacks 21 years ago.

“It spoke to us all that she cared,” said Nick Howard, the CEO of the garden.

He said it was amazing to watch, given that she was over 80 years old at the time.

One victim from the British Commonwealth was Michael Egan. He worked in one of the towers.

His son, Jon, never got to meet the queen. But he said he comes to the garden every month.

He said this place is where he reflects.

“A beautiful place. A calm place,” he added.

Jon said the royal family has been extremely generous in the wake of the attacks, paying for him to go to graduate school.

The family has played a role in the park’s development beyond the dedication. The queen’s son, King Charles III, placed the first stone in the park when it was being built. Prince Harry also planted a tree in 2014.

The family has remained in touch with the garden’s leadership team even when they are not in America.

They invited Howard to Buckingham Palace several years ago, along with other charities the family is involved with.

With September 11 just days away, Queen Elizabeth’s death is another gut-punch for Jon.

“I thought 21 years would start to get easier,” he said. “This certainly makes it a lot harder.”

That’s why he came out to light a candle, along with many others to remember who Queen Elizabeth II was.

Howard came to pay his respects earlier in the day.

“She was a lovely woman. Very warm,” said Howard, who spoke with her in New York City in 2010 as well as in his hometown in Britain.

Being in the garden on this day, Jon thinks about his dad and the queen.

“He’s looking down at me right now and welcoming the Queen with open arms,” he said.

As the trees her family planted more than a decade ago will grow, so will the legacy of this park, proudly bearing her name.