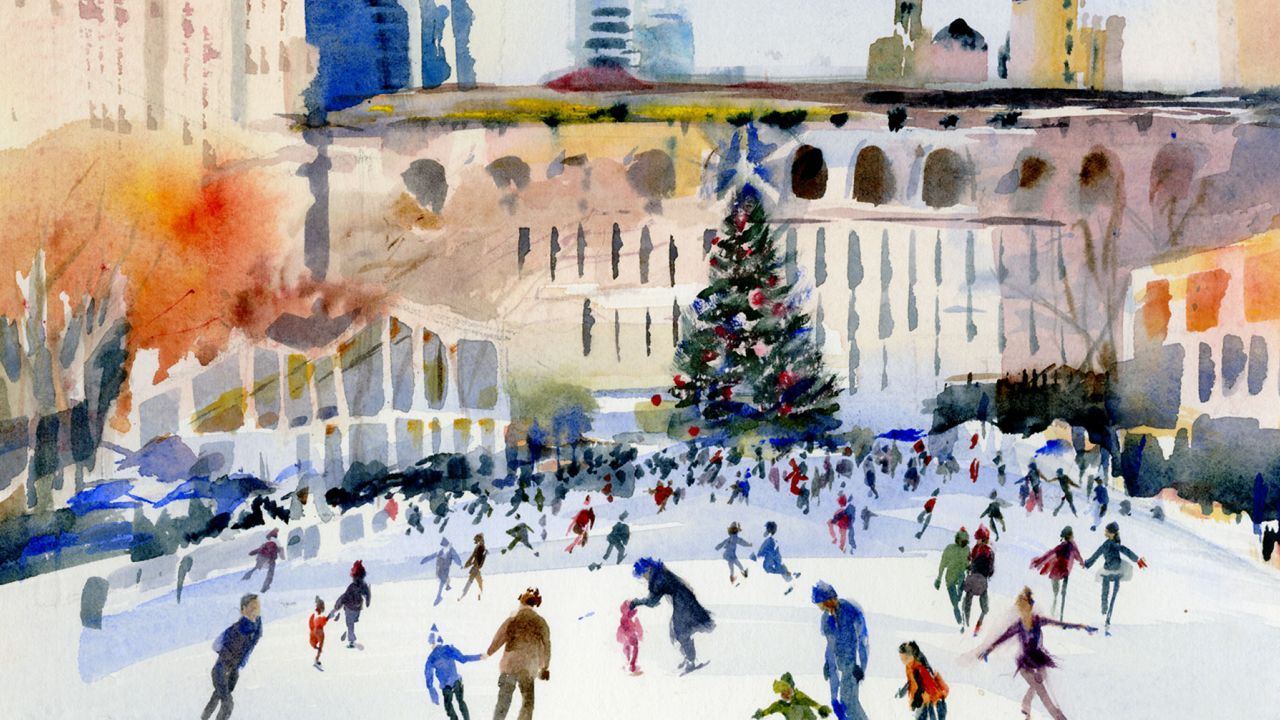 Anne Watkins shows love with watercolors. She regularly donates her artwork to animal organizations and is commissioned to paint during weddings.

Last week, she painted a portrait for her friend’s 5-month-old daughter, Devin.

"It's a way to express myself, you know," Watkins said. "And I think that's good for people."

Watkins started painting as a kid, only a few years older than Devin is now, and eventually became a professional artist. It was nearly a decade ago that a student in one of her classes asked if she’d consider donating her work.

"Once she met me, she immediately was like, 'Well Annie, would you like to donate a piece of art to the holiday card program," Watkins said.

And that’s how she got involved with Citymeals on Wheels, a nonprofit that delivers millions of meals a year to homebound New Yorkers.  She’s a volunteer with the organization’s “holiday card program.”

Proceeds from the program help fund the service, which is sometimes the only human interaction participants will have for days. Watkins' first creation was this scene in Times Square. "It's amazing if you go on a Citymeals run to deliver food, how many people are behind the doors of this City by themselves," she said.

Watkins is now in her ninth year working with Citymeals. She's one of a few volunteer artists working with the nonprofit.

"Tens of thousands of meals have been delivered to homebound elderly because of Anne's work," said Beth Shapiro, the executive director of Citymeals on Wheels. "And she does beautiful work. And to us, it's a gift."

The work hit closer to home for Watkins over the years. Her cousin, Watty, a fierce community advocate in Hell's Kitchen, used Citymeals to stay in his home as he got older. "He had given so much of himself to that neighborhood," Watkins said. "I mean, of course I was happy about it."

For this year’s card , she painted the skating rink at Bryant Park, a symbol of hope in New York during the holiday season.

For using her watercolors to send love and nourishment to the City's loneliest seniors, Anne Watkins is our New Yorker of the Week.