NEW YORK — There were tears Thursday in a Manhattan State Supreme Court courtroom from the father of Tessa Majors, as a judge sentenced 16-year-old Luchiano Lewis to 9 years to life in prison for his role in the stabbing murder of the college freshman in Morningside Park in 2019.

As her dad sobbed, the family’s impact statement was read in court by the prosecution. In it they said, ﻿”On December 11, 2019, the hopes and dreams for our daughter Tess came to a tragic end. Nearly two years later, we still find words inadequate to describe the immeasurable pain, trauma, and suffering that our family has endured since her senseless murder.”

This was a case that stunned many in the city. Three young teens — only 13 and 14 years old at the time — were arrested for stabbing the 18-year-old Barnard College student to death. Majors was from Virginia and wanted to be a journalist. She loved music and animals, according to her parents. 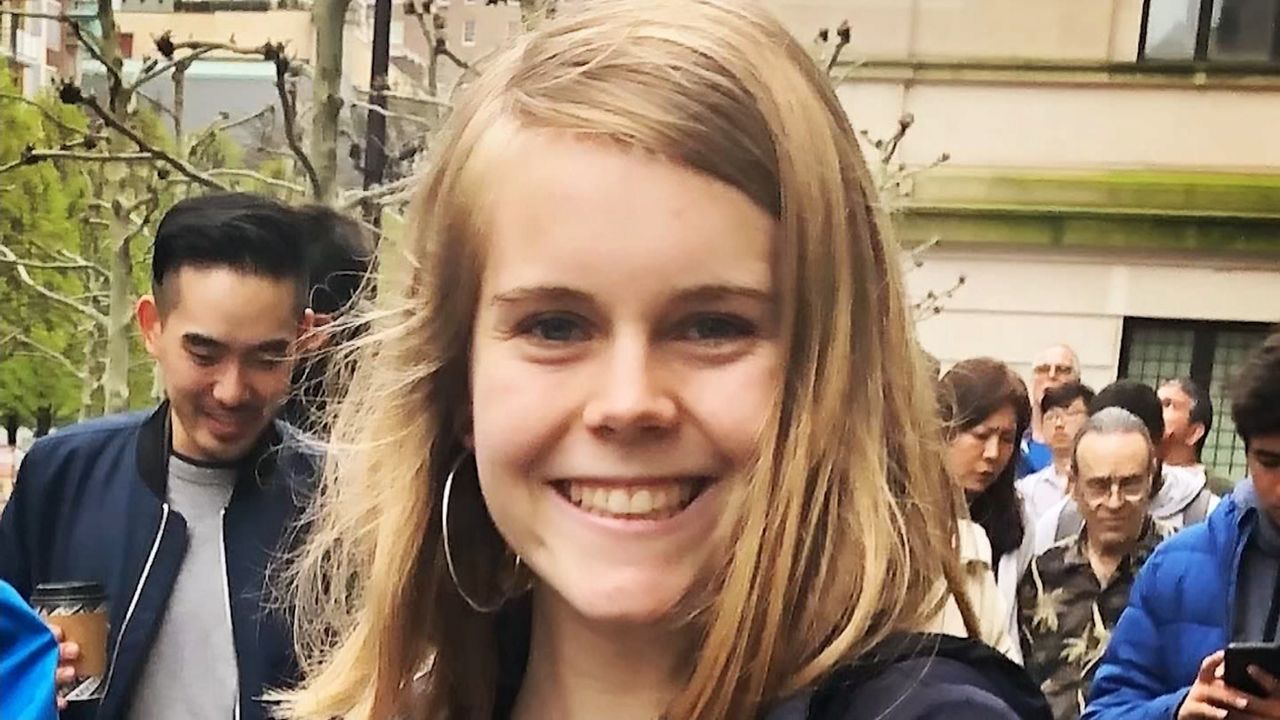 A file photo of Tessa Majors.

Prosecutors and police said three teens wanted to steal her iPhone. She fought back and tried to run away, but was stabbed multiple times.

In court, prosecutors showed surveillance video of Majors stumbling up the stairs in the park, collapsing on Morningside Drive and 116th Sreet.  They said she bled internally from a puncture wound to the heart as she tried to order an Uber to pick her up.

The judge said Lewis hadn’t proved he changed while behind bars. He had been involved in a lot of violence behind bars, including participating in a gang attack of another inmate, for which he is facing charges.

Lewis pleaded guilty to being an active participant in Majors’s robbery, which turned deadly. But he isn’t believed to be the one who did the stabbing. Prosecutors say Rashaun Weaver is responsible for that. He says he’s not guilty and faces a trial. A third teen is serving time for just the robbery.

Lewis spoke before his sentencing, apologizing to Majors’s family.

“As a human, I feel ashamed, embarrassed and sad,” Lewis said. “I am deeply sorry for your loss.”

Her dad started to sob again at that point.

Lewis broke down in tears himself while apologizing to his father, who was also in the courtroom.

“Dad, I’m sorry that I failed,” Lewis said. “I promise I will make you proud again.”

The judge told the court this was a tragic case all around and that Lewis destroyed Majors’s life and his own.