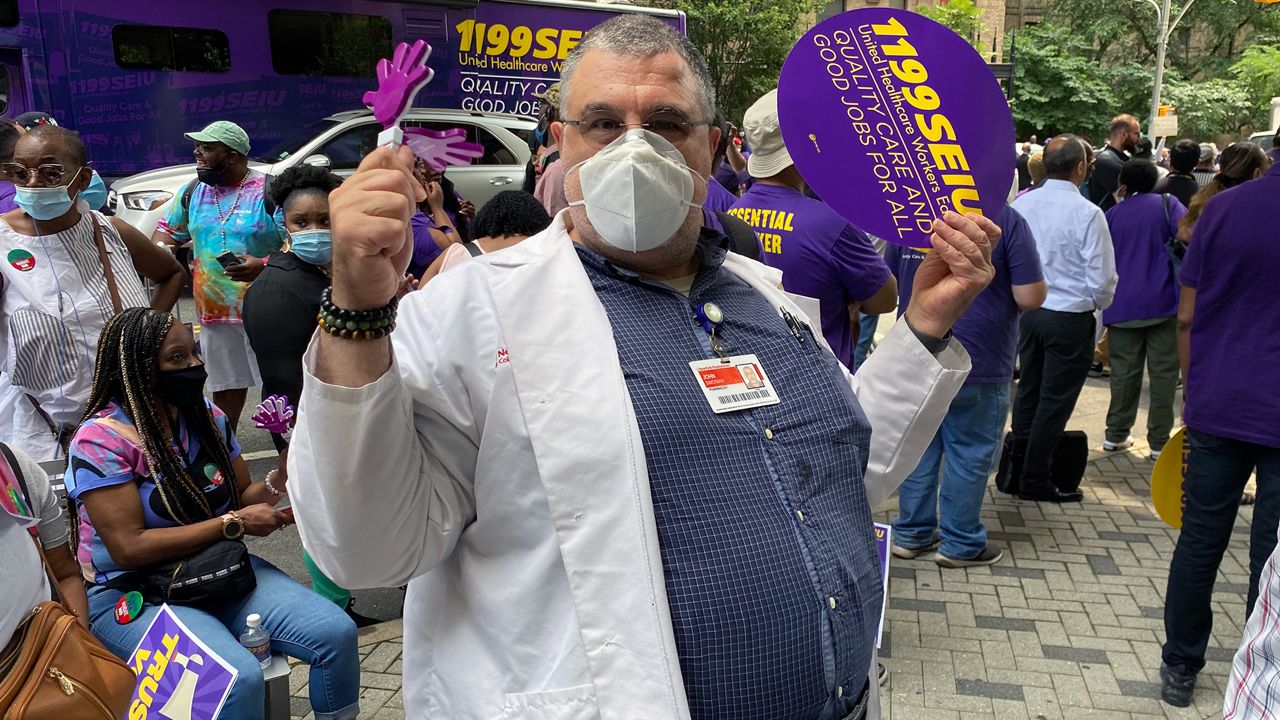 Pharmacist John Simonian joined hundreds of members of his union protesting outside the hospital.

Pharmacist John Simonian joined hundreds of members of his union protesting outside the hospital.

“Force is not the answer, and mandate forcing people at the barrel of a gun is not right,” Simonian said.

Simonian has been a pharmacist with the hospital for 35 years. He said the hospital’s mandate that all employees get vaccinated is a slippery slope.

“If you force to do one thing in one area, there’s a possibility you can force me to do something in another area,” Simonian said.

The hospital announced in June that it would require all of its 48,000 employees to have received a first dose by Sept. 1 unless there’s a medial or religious exemption. NYU Langone Health announced a similar plan.

Meanwhile, the city said it would require its health workers get vaccinated or receive weekly COVID-19 testing. Protesters at this private hospital say they would like the same option.

“It’s my body, my choice, right? I want them to give us a choice,” said Victor Espinal, an environmental services worker at NewYork-Presbyterian.

Hospital workers were among the first group to get access to COVID-19 vaccines when the city kicked off efforts last December. Simonian said workers should be trusted to make the decision.

“I know other members who are vaccinated, and they feel it should be a personal choice and try to make it for the right reasons for your self and for your coworkers,” he said.

In a statement, NewYork-Presbyterian wrote, "The rise in the Delta variant is a reminder that the pandemic is not over, and we must remain vigilant. We have heard that our employees have questions about being vaccinated, and we are listening to their concerns as we provide support and education.”

Sources say there have been negotiations between the union and NewYork-Presbyterian, and workers here are hoping the hospital is listening.