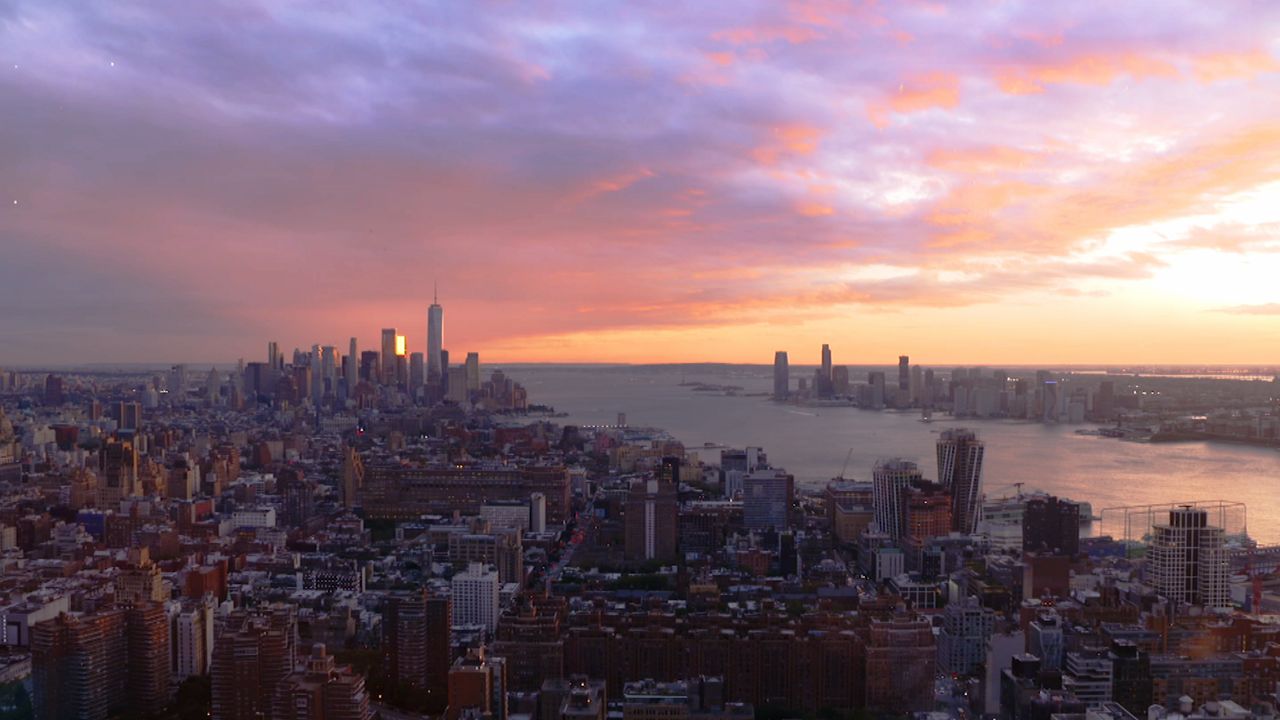 Part 5: What It's Like Living in a Penthouse in the Clouds

All week, we've been reporting on the growing number of super-tall high-rises going up in Manhattan: why so many are being built and how they are transforming neighborhoods. Many of these new skyscrapers are apartment buildings. We wanted to know, what is it like to live in the clouds? Michael Herzenberg has more in the fifth and final part of his series The Sky's The Limit.

“This is the highest I’ve ever lived,” says Sharon Bajwa, looking out her window. “It’s insane, isn’t it?” Sharon and her sister Kiran Bajwa live in the penthouse of Midtown’s tallest all-rental residential building, The Eugene.

“Your ears pop going up the elevator for the first few months, but you get used to it,” Sharon says.

“You’re really in the weather when it’s bad and I can’t even see three feet out of the window,” Kiran says.

When it’s clear, though, they can see for miles from their apartment—nearly 700 feet above the city. Listen to the Story:

“You’re a little bit disconnected from what’s going on at the street level,” says Kiran.

What's happening down on the streets is more supertall buildings plunging more of the city into the shadows.

In the last seven years, 36 skyscrapers taller than 700 feet have risen, nearly equaling the 38 built in all of the previous 100 years, beginning with the Woolworth Building, the world's tallest when it opened in 1913.

Linda Senat lives along Central Park West and is upset by how new supertall buildings are blocking the sunlight deep into central park.

“When’s it going to stop, and when is there going to be some concern about how they impact?” asks Senat, who belongs to Save Central Park, an organization attempting to preserve the storied city park. “It just breaks my heart. It’s ugly. It’s stealing a huge resource from the people of the city.”

The Municipal Arts Society says developers have been seizing on zoning loopholes to build ever higher.

“What we’re seeing is the private interests are taking over the public good,” says Tara Kelly, VP of Policy and Programs of the Municipal Arts Society.

“Many property owners are taking advantage of the resolution, flouting those regulations in order to increase their property values, and that, then, is taking away an element of the public trust,” says Kelly.

The Eugene is something of an exception. It's not just for the wealthy.

In return for tax breaks, the developer agreed to make the rents of 272 units affordable.

But Kiran and Sharon Bajwa pay the market rate for their two-bedroom apartment in the sky: $10,000 a month. Each sister shares a room with a fiancé. The total cost is $2,500 a person.

“Everybody needs to have the chance to experience it,” says Sharon. A deal for some, but in New York, living high usually requires an income in the stratosphere.