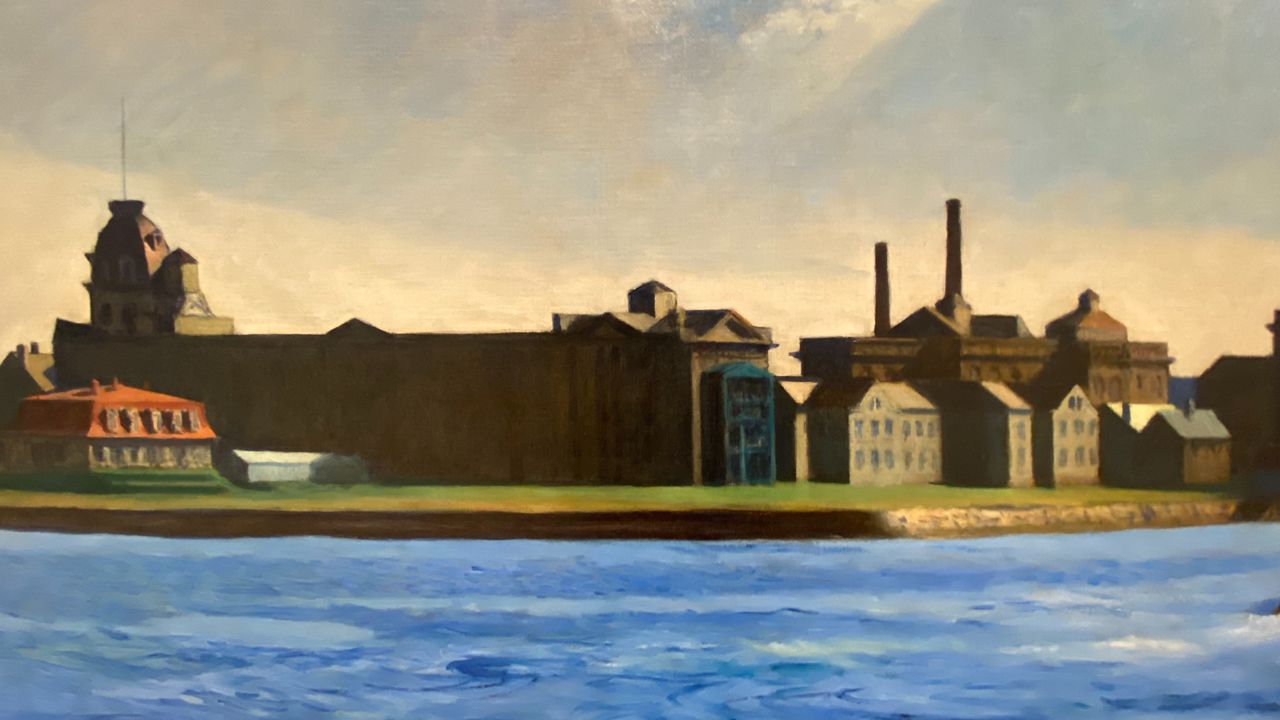 Edward Hopper's works in spotlight at The Whitney

Edward Hopper spent most of his adult life living and working in a building at 3 Washington Square Park North in Greenwich Village, along with his wife Jo.

He painted scenes seen outside his window and from his roof, like the park and the Judson Memorial Church. He started that particular painting in 1932, but didn’t put the final touches on until more than a quarter century later.

“He came back to it in 1959, decades later to finish it, where he painted in the sky and I think he may have also painted in silhouettes of buildings in the background so you sort of see the city growing over this period in time,” said Kim Conaty, the Steven and Ann Ames Curator of Drawings and Prints at the Whitney Museum of American Art in the Meatpacking District.


It’s one of the over 200 paintings, drawings and other items on display as part of "Edward Hopper’s New York" at The Whitney. The exhibition of the 20th Century American artist’s work features items from the Whitney’s massive collection of Hopper plus loans from public and private collections.

It’s the first Hopper show to focus on his images of New York. He lived in the city most of his life after moving there from Nyack in Rockland County.

“What you get is a man who is almost looking at the city as if he’s not a New Yorker, but he is completely a New Yorker so it’s that funny inside-outside factor,” said Adam Weinberg, the Alice Pratt Brown Director of The Whitney.

Hopper captured images of a changing city, some which look very different now, but leave viewers with a perspective of his experiences and vision of New York.

“Maybe this might prompt you to notice a building around the corner you passed a million times but had never thought much about, the histories of the city that are still here with us today,” said Conaty.

“That sense that history is always present even as the next generation of buildings and life changes in New York,” said Weinberg.

It’s a chance to see how one New Yorker saw our city evolve over almost six decades. "Edward Hopper’s New York" is on view at the Whitney through March 5 of next year.

Plan your visit at: https://whitney.org/