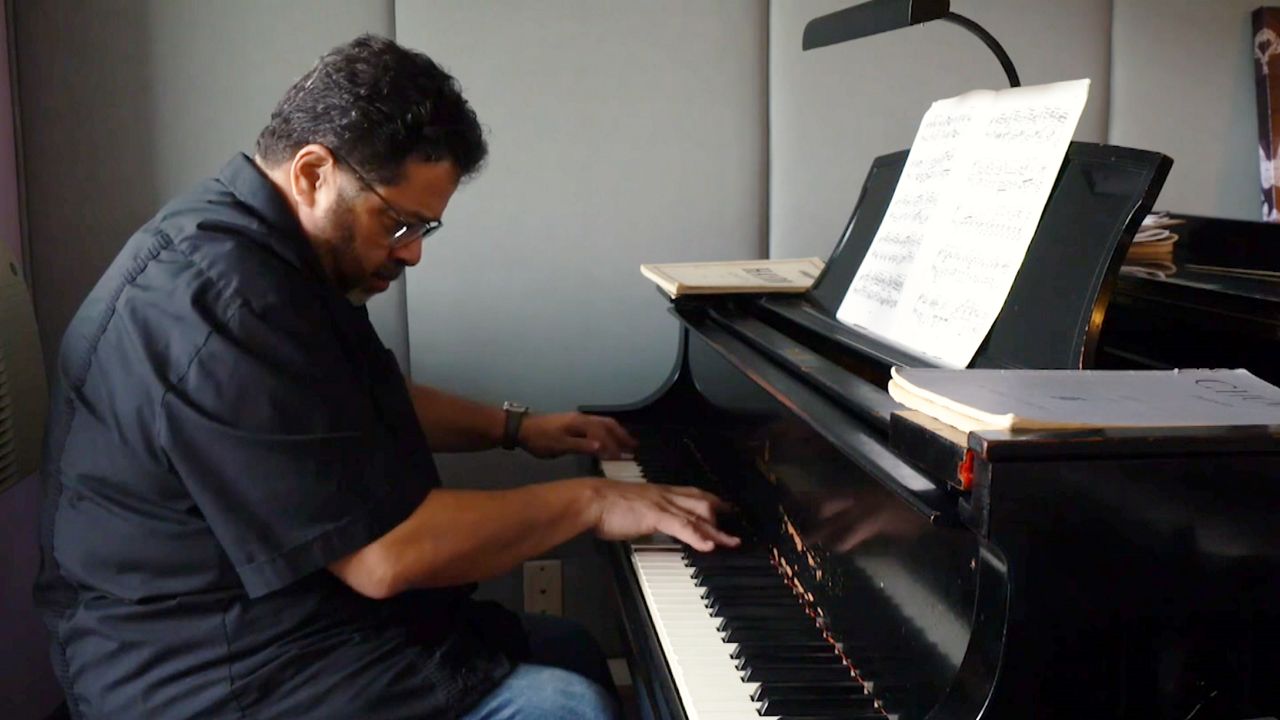 NEW YORK — The infectious rhythms of Afro-Cuban jazz seem especially triumphant when played by virtuoso Arturo O’Farrill. And this Grammy winning educator, band leader and composer has a lot to celebrate.

“This is it, this is going to be our home," exclaims O’Farrill taking a photo with his phone of a parking lot on Park Avenue between 118th and 119 streets in East Harlem.

It's the future site of a new mixed use building that will become the permanent home for his Afro Latin Jazz Orchestra, in the neighborhood where Latin Jazz was born.

“This incredible unique contribution to the city of New York and the nation and the world spawns from this earth that we’re standing on! It’s kind of amazing to me to be able to return here and serve this community,” said O’Farrill.

The 19-story tower, called Timbale Terrace, is being developed by Lantern Community Services, Mega Contracting and the city.  It will include 300 units of affordable and transitional housing and the visual and performing arts center which will include a concert hall, classrooms, and more. His non-profit Afro-Latin Jazz Alliance will also be based here, focussing on education and outreach.

“We responded to a NYC RFP that asked us to create affordable housing to create an anchor spot that would enliven the park avenue corridor," said Diane Louard-Michel, the Executive Director of Lantern Community Services. "Does Arturo do anything that’s not lively? So it’s going to enliven this corridor but it’s also going to celebrate the culture of East Harlem."

East Harlem is where musicians playing Afro-Cuban music joined with African-American Jazz musicians in the 1940's to create a new sound. Among the Latin jazz trail blazers was Arturo's dad Chico O'farrill; a Cuban immigrant who wrote the Afro-Cuban Jazz Suite in the 1950's and cemented Latin jazz as a new idiom.

“As brilliant as he was as a musician of course he was but what I really learned is that the key to doing things in an artistic and integral manner is to be curious, learn, progress, grow,” said Arturo back at his home in Brooklyn. 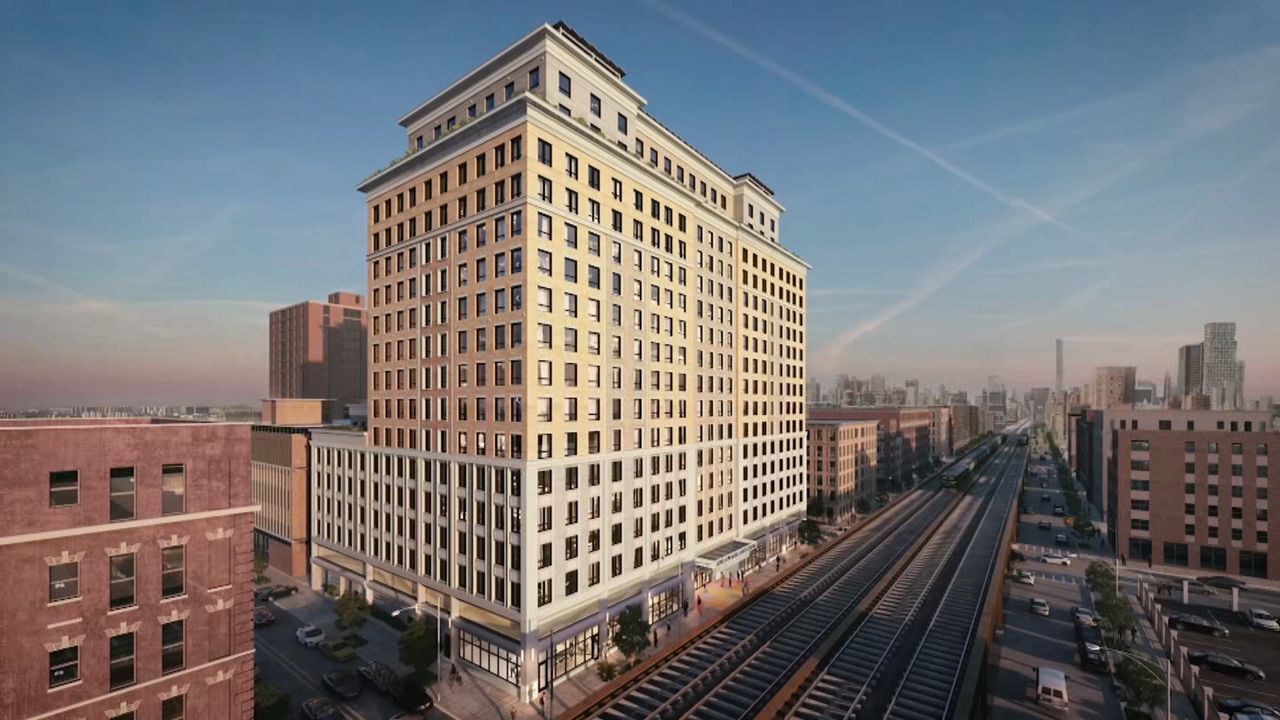 Rendering of the future Timbale Terrace on Park Avenue.

And this moment is a long time coming for Arturo O’Farrill who started on piano at age six and spent much of his career sharing the joys of this music but also fighting The Grammy Awards and others for recognition of Latin jazz.

“It's going to be a huge opportunity to settle down and really have roots somewhere and feel like we really belong here and we can grow here,” said Mariel Bildsten, the Lead Trombonist of the Afro Latin Jazz Orchestra.

She often travels around the city to teach music in underserved neighborhoods and believes having a permanent home with space for music stands and instruments will allow them to reach many more kids.

Bask in the site, O’Farrill makes an important observation: It’s noisy and they’ll need a lot of sound-proofing.

O’Farrill’s mantra has been "nothing stops the groove” and with the promise of a new home hoping to break ground in 2024, Arturo and the music do seem unstoppable.