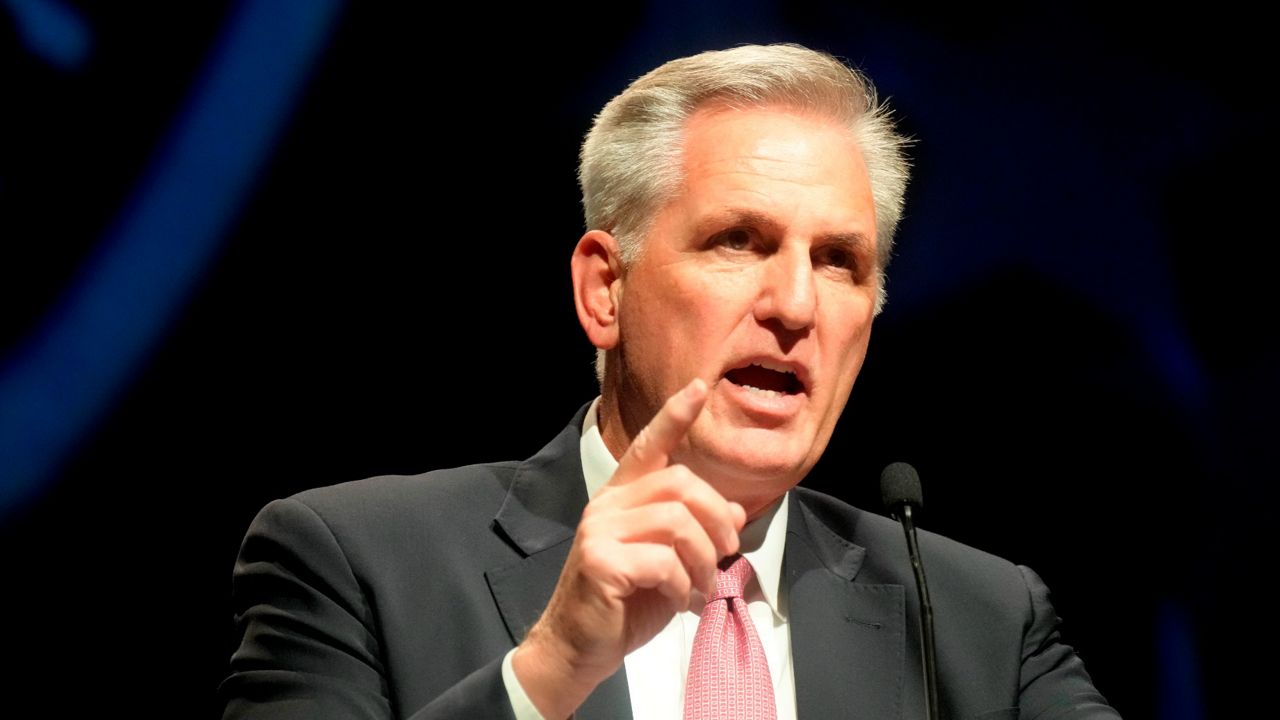 With House GOP leader in NYC, Democrats try to get publicity

“It’s hard to get, recruit people to get into law enforcement today based upon how people are treated and respected,” he told police union leaders Thursday in Lower Manhattan. “That’s all going to change in 96 days, I promise you that.”


For some Democratic candidates, McCarthy’s stop to the city was an opening to condemn him and, in doing so, generate exposure for themselves.

Dan Goldman, one of the many 10th Congressional District contenders, was outside the meeting.

“If Kevin McCarthy is going to talk about law and order, he should follow his own advice and comply with the subpoena,” Goldman said, slamming McCarthy’s refusal to testify before the House select committee probing the Jan. 6 attack on the U.S. Capitol.

“One of the main reasons I am running for Congress is to go down to Washington, to hold people like Kevin McCarthy responsible and to defend and protect our democracy,” Goldman said.

Hochul’s spokesman Jerrel Harvey added, “The notion that McCarthy and Zeldin support law enforcement has been thoroughly debunked by their actions on Jan. 6 and thereafter.”

McCarthy told NY1 in response, “Why do we have to wait for her to act when we’re sitting here with the police officers having a roundtable discussion? Why isn’t she here? She’s the one playing politicians. I never mentioned her name.”

Zeldin was not at the roundtable, but his running mate, Alison Esposito, was.

“I would never have retired from the New York City Police Department and stepped into this arena if I believed in any way that Congressman Zeldin had anything but the upmost respect for all law enforcement,” Esposito said.

Another 10th District frontrunner, Councilwoman Carlina Rivera, criticized McCarthy for his party’s attack on abortion access and attempted to deliver a letter to him during the roundtable.

The missive said she was looking forward to being in Congress as his adversary and added, “We dare you to stand in our way as we fight for our basic rights. You will consign yourself to a permanent minority.”

McCarthy said he would travel the country this fall to campaign for Republicans running to ease inflation and ensure public safety, but didn’t mention abortion rights.