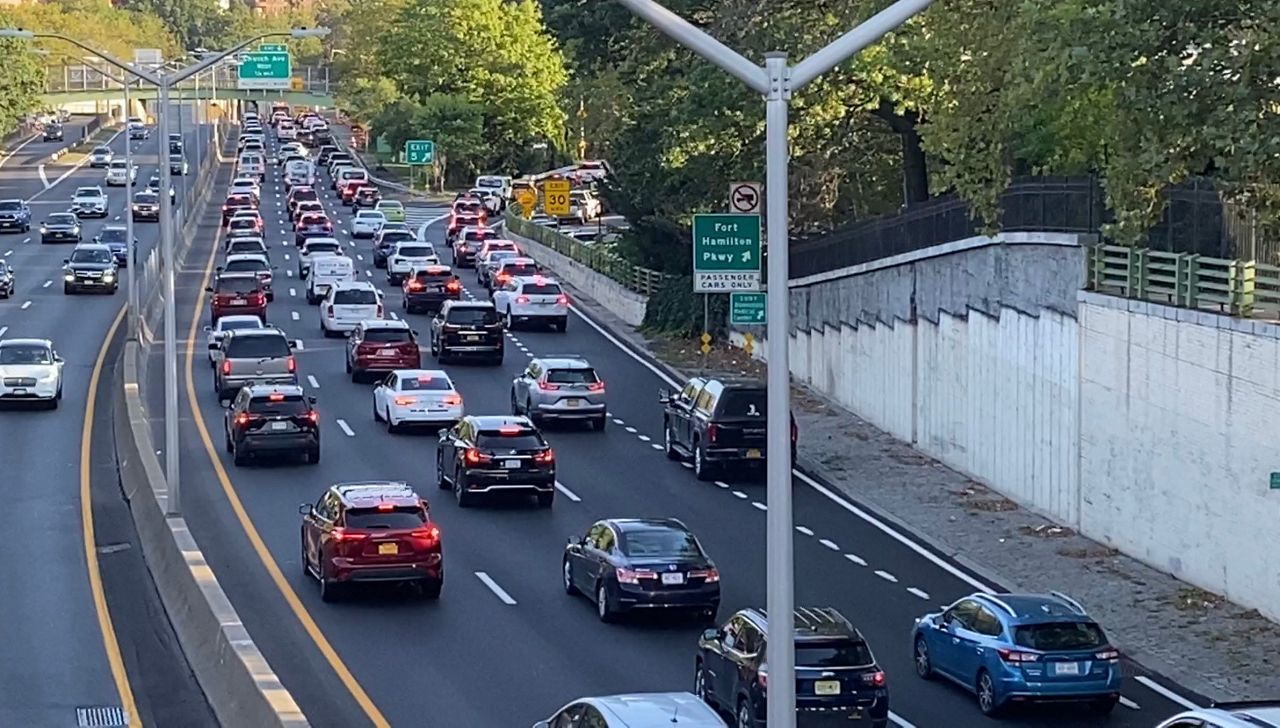 A controversial plan to divert trucks from the Brooklyn-Queens Expressway onto local streets and the Prospect Expressway is facing backlash. (NY1 Photo)

A controversial plan to divert trucks from the Brooklyn-Queens Expressway onto local streets is facing backlash. Residents say their streets are already unsafe, and cannot handle more traffic.

“This is a residential street. It’s not a truck route," said Amanda Ritchie, who lives with her family on East Fifth Street in Windsor Terrace, Brooklyn. The Prospect Expressway, a busy roadway that handles 85,000 vehicles a day, has an exit on that street in front of her home.

She worries that once construction on the BQE begins in March, all trucks will be diverted to the Prospect Expressway, many of which will intrude into her family's life.

The city's Department of Transportation announced this summer that over the course of three weekends between March and October of next year, sections of the BQE will be closed for repairs, sending rerouted traffic onto local Brooklyn streets.

When Queens-bound lanes get diverted, some elected leaders worry trucks will overwhelm Linden Boulevard by way of Fifth Street and Caton Avenue. There are several playgrounds and schools in the area.

"These are places where thousands and thousands of families and children traverse every day," state Assemblyman Robert Carroll said. "And they're already busy roadways. Now, adding possibly tens of thousands of trucks over select weekends would be a real disaster."

Windsor Terrace and Kensington residents were able to air their frustrations to the DOT during a public meeting last week.

“You’re aware that Fifth Street has been unsafe, and you’ve done nothing to correct it," one Windsor Terrace resident said.

“Nighttime is really dangerous for vulnerable road users like pedestrians and cyclists, and there have been too many crashes in this corridor already that have injured and killed people," another Windsor Terrace resident said.

They want the DOT to listen to their concerns, saying they have a deep understanding of the neighborhood and its roadways.

“Do the work in a way that takes into consideration the community, and that the community really feels that you’ve tried to do the best you can do," Ritchie said.

The DOT says it is taking their concerns into consideration, and will look at alternate routes recommended by residents. The city will strongly encourage New Yorkers to use different modes of transportation during those weekend closures.