Brooklyn Strong will be running out of the starting gate at Churchill Downs on Saturday.

NEW YORK — His name is Brooklyn Strong and come Saturday he’ll try to outrun 19 other horses in this year’s Kentucky Derby.

"He seems to have a lot of heart. A lot of desire. And he’s definitely got an edge because if you go near him he’ll bite you," he said.

Brooklyn Strong was born at a small farm in the Hudson Valley. Schwartz bought him for a modest $5,000.

When it came time to race him, he showed immediate talent. The horse won two of New York’s biggest races last year for those on the triple crown trail, racking up almost $200,000 in earnings. 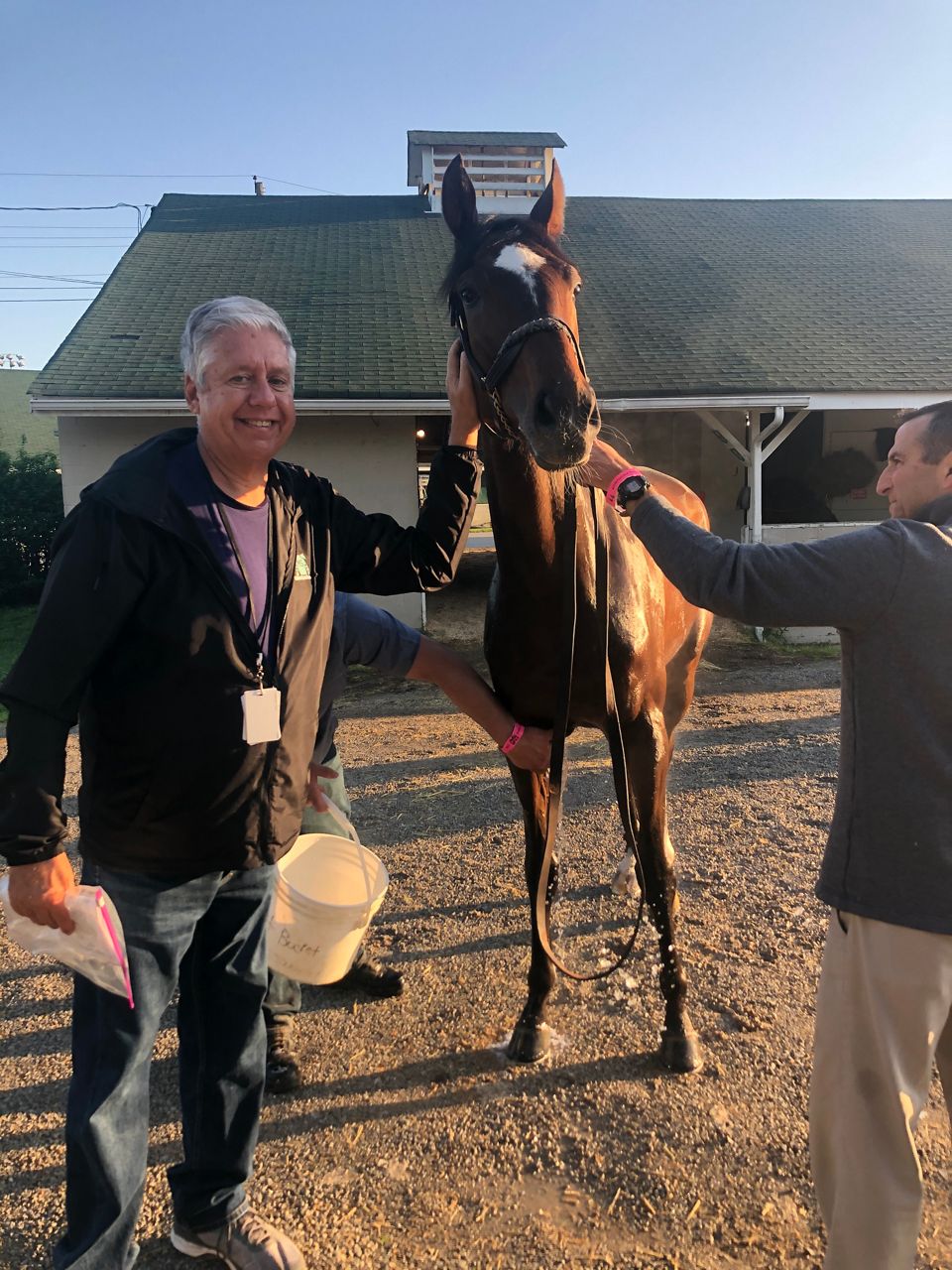 But Schwartz's derby dreams would be temporarily shattered when the horse ran poorly in his final derby prep.

Brooklyn Strong finished fifth in the Wood Memorial at Aqueduct which left him without enough qualifying points to make it into the derby field.

He needed a few horses to drop out and that's just what happened.

The horse arrived at Churchill Downs Monday after a long van ride from the east coast.

Brooklyn Strong drew the number 3 post position for the race. His morning line odds set at 50 to 1. Some may call him a hopeless longshot, but not Najja Thompson. The Executive Director of the New York Thoroughbred Breeders says just like you shouldn't count out New York, don't count out Brooklyn Strong.

"We’ve been faced with so many challenges and we keep pulling through and Brooklyn strong is just one example of that in the equine factor, in the efforts he puts forth each race," Thompson said.

Unlike last year, this year’s derby will be run with fans in attendance.

Schwartz will be there along with 20 of his closest friends and family members.

He’s hoping Brooklyn Strong can win it for him and his hometown.