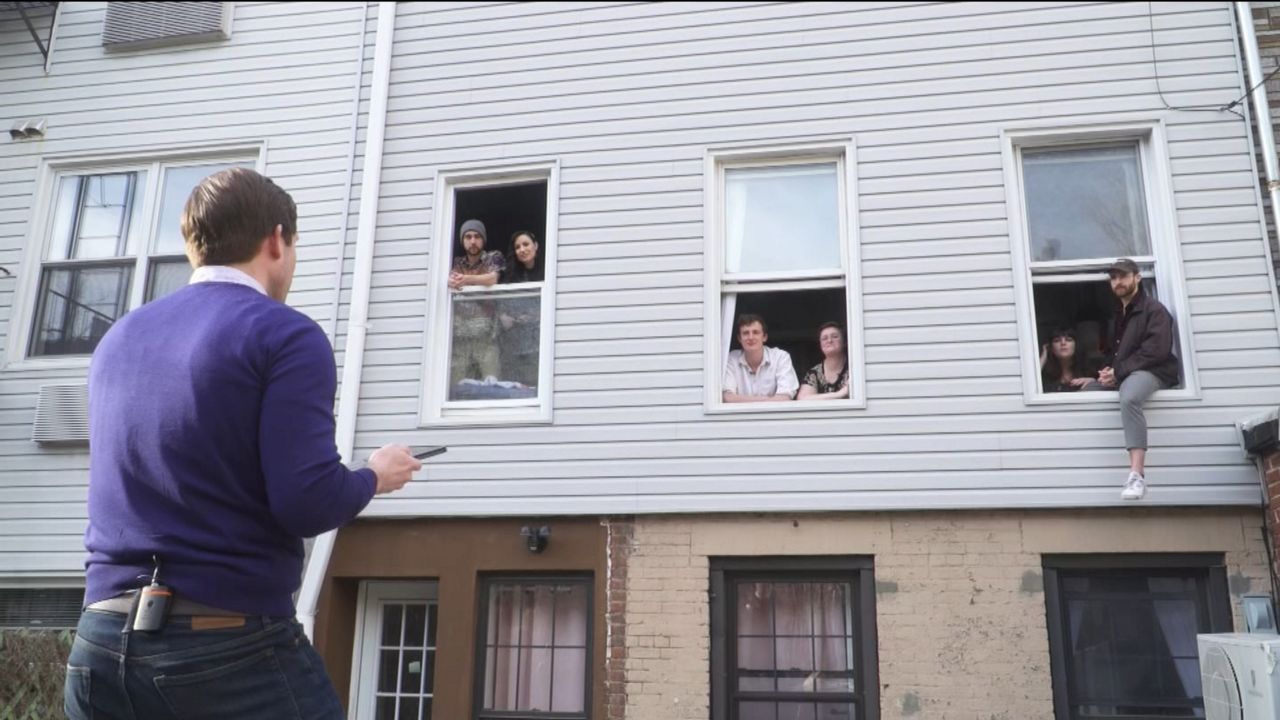 "The Chaos House" in Bedford-Stuyvesant, Brooklyn houses teams of composers and lyricists quarantining together for more than year.

NYU musical theater students hack the pandemic by bunking together

Last summer, when it became clear the pandemic was going to have a major effect on the 2020-2021 school year, 10 NYU graduate musical theatre writing students took the bold step of bubbling up, so that they could spend the year creating and learning in person inside of their Bed-Stuy home, which they’ve affectionately named "The Chaos House."

"They coined the term Chaos House and it just kind of stuck because it’s the environment we live in, honestly," said house member, Erica Molfetto.

So what's it been like being together and actually having classmates around and present unlike many others who are doing everything via Zoom?

"It's been ideal, which is kind of a weird thing to say in this time," said house member, Eliza Randall. "I feel almost guilty saying that I've been really happy this year."

When asked if they feel like they're feeding off of each other by composing and writing together at the same time, house member Sam Norman said, "Oh yes all the time. And especially for me as a Brit, if I am not sure if an American word rhymes with another word I just yell it out and somebody tells the answer."

So how does it work with groceries, showers, and the bathroom?

"Groceries are pretty much, you know everyone mostly just does their own thing,” said house member Katie Hazdovac. “And then if you need an egg or whatever - it's friendly. But one really amazing thing has been, if you are under the weather like yesterday I was, Spencer went to the store for me and Bella our other friend made soup for me. You know, it was just really nice to have people around, to take care of you when you need them."

According to house member William Karras, most of them even spent the holidays together in the Chaos House.

"I was here. Katie was here. Holly was here,” Karras said.

When they all moved into the house it was still a scary situation in New York City with the pandemic, and a lot that was going on in our world. What was it like walking into the house and knowing that they were signing up for a year? Were they scared?

"It was a little scary to think about living with 13 other people," says Hazdovac. "You know, there's inherently more risk with COVID just by living with so many people and having a big germ bubble."

The Chaos House clan isn’t the only group of NYU grad students to have had in-person artistic experiences this past year. Larry Maslon, the Associate Chair of NYU’s Grad Acting Program, explained how many of his students have been able to gather indoors.

"NYU has done a great job with two I would say irreconcilable forces; strict protocols on one hand and ingenuity and improvisation on the other," said Maslon. "We are allowed in the building, but there has to be very strict protocols about social distancing, masks. And that's very complicated when you're dealing with acting obviously, and all sorts of aspects of acting; singing, dancing, sword fighting. We've tried to accommodate some version of it. Students have to be socially distanced in class. You can only have a certain number of people in the room. Students are always masked. Students are tested every 10 days."

By making artistic choices that were in accordance with the university’s safety protocols, grad acting students were even able to perform indoor shows.

"All the scenes have to be blocked with the appropriate social distancing," Maslon said. "All actors wear masks. The audiences are sometimes five people spread apart. We’re able to do things like we did 'Romeo and Juliet,' and they had 12 feet of social distancing on the balcony. So, I do give the school a lot of credit for setting up some really strict boundaries that we can create within. And I think that's important. It's not loosey goosey. It's so clear that you go, 'I get it. Now, let me create some art within that boundary.'”

Was there some silver lining to the ordeal?

"I would say we wish it were different, of course, but yeah, there are some good takeaways in this very complicated experience," Maslon said.

The grad writing students living in the Chaos House have also managed to find the silver linings in the midst of this very different school year.

"Every day is really dynamic," said Randall. "We have lots of space on different floors, so you can move around." 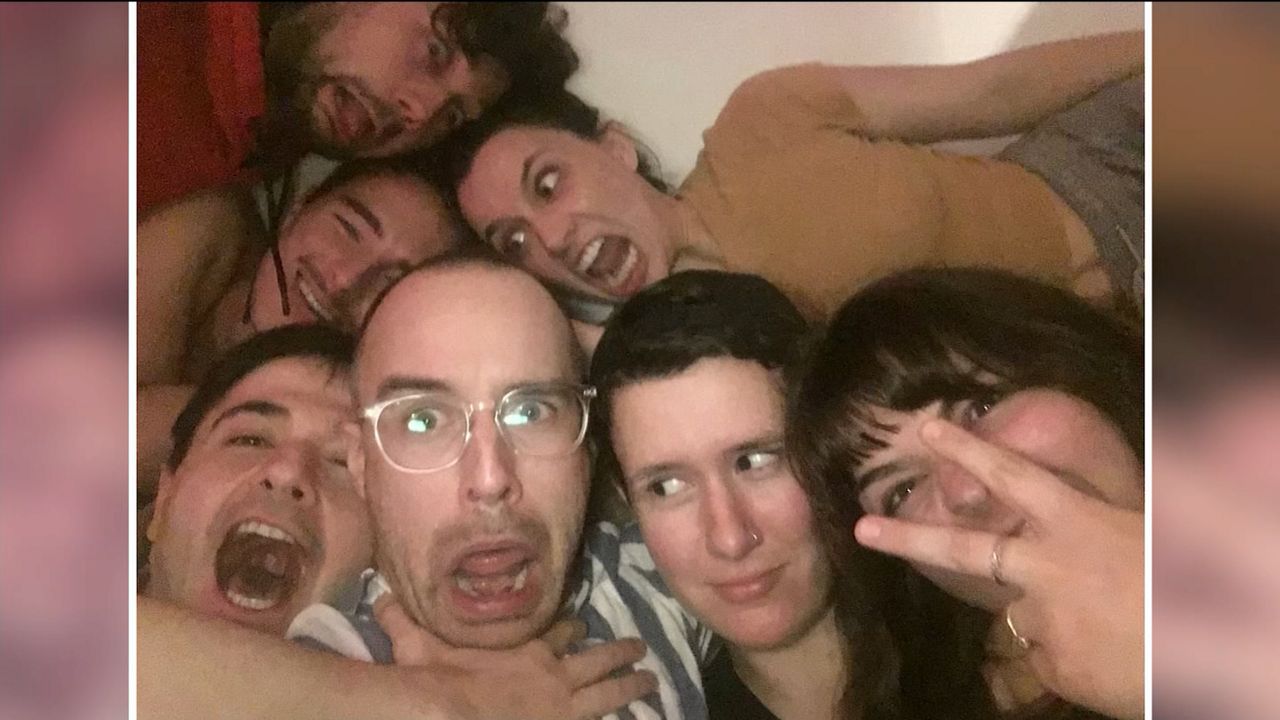 "We have a huge, calming old pot of tea at all times, which everyone is very welcome to," Norman added.

Amidst all of the chaos, collaboration and fun, what’s been the most challenging part of this whole year for the members of the Chaos House?

"We see a lot of each other, you know, which is usually an amazing thing," said Hazdovac. "Sometimes the Chaos House is chaotic!"