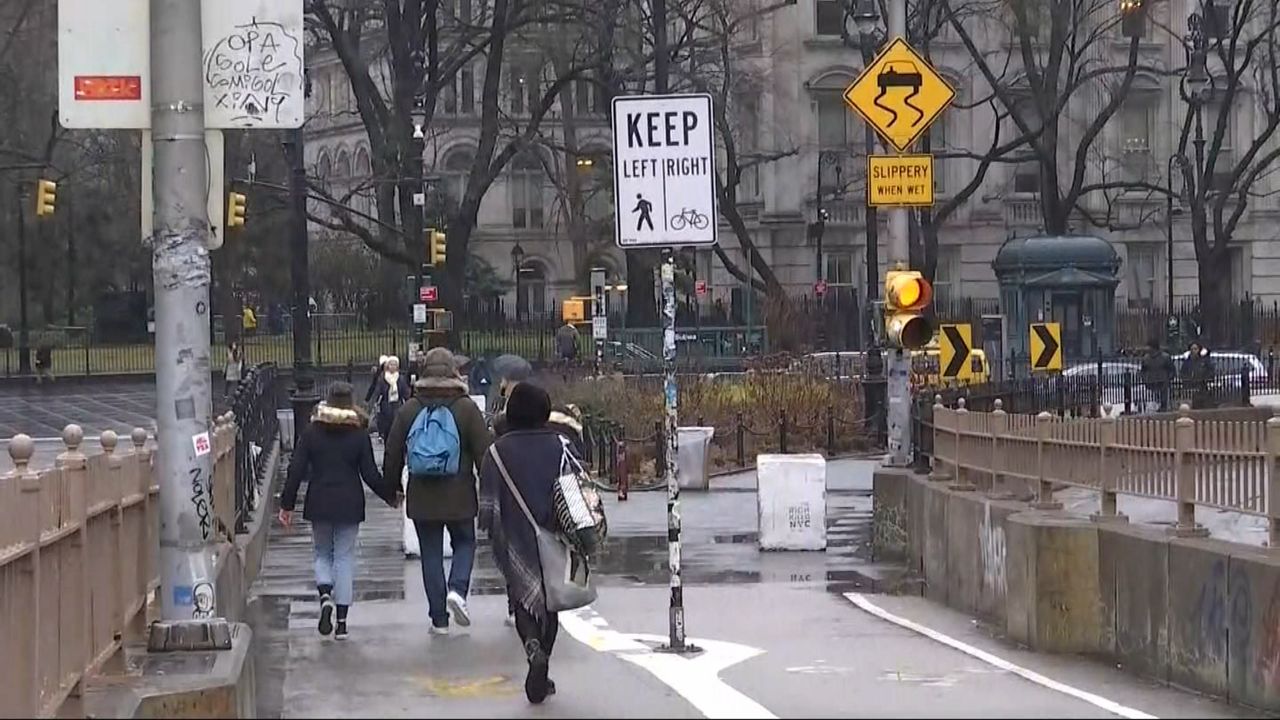 Short stops, near-misses, and unfortunate collisions. That's life on the Brooklyn Bridge Promenade, where New Yorkers and tourists fight for space with cyclists.

"On the way up, it's terrible, there's just not enough room. Also, I think it's more dangerous for the pedestrians," cyclist Scott Conti said. "So I'm super excited if they would put a bike path in somewhere else."

The city wants to do just that: take one of the three lanes of traffic on the Manhattan-bound side and turn it into a protected, two-way bike lane.

The world-famous promenade would be left entirely to pedestrians.

Pedestrians and cyclists will also each get their own paths on the Queensboro Bridge.

Mayor de Blasio announced the proposal, called Bridges for the People, in his State of the City address.

"We'll take our bridges, our iconic bridges that we see as beautiful symbols of the city – but, unfortunately, has also been part of the problem – and we'll turn them into part of the solution," de Blasio said.

The name is similar to cycling advocates' campaign, #bridges4people, for new bike lanes on crossings.

"We want to make sure that there is an interconnected bike network in New York City and it really starts with having on the bridges, have space for both pedestrians and bicyclists," said Rachel Thompson from Transportation Alternatives, who is a volunteer for the #bridges4people campaign.

Cyclists are glad to have more space to ride.

"Right now, it's very cold so no one's there after COVID. I think it would be very nice to have it," cyclist Nils Lange said. "I would enjoy the bike ride more, for sure.

The city plans to have the Brooklyn Bridge bike lane done by end of this year, and it may take longer to complete the lane on the Queensboro Bridge.