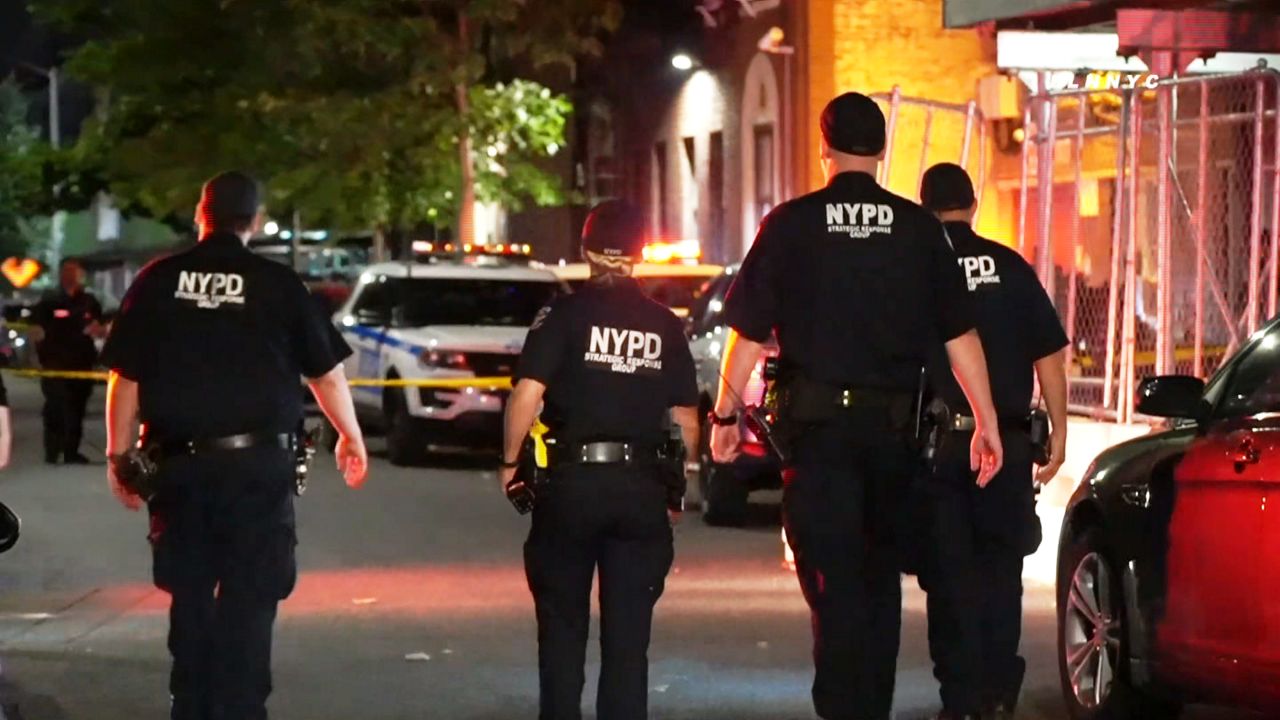 NEW YORK - Police are investigating several shootings around the city overnight as gun violence continues to surge this summer.

In Brooklyn, police arrived at East 21st Street and Ditmas Ave in Flatbush around 1 a.m. to find a 53-year-old woman had been shot in the leg.

A 16-year-old boy had also been shot in his right arm.

Both were taken to the hospital and are expected to be okay.

In Brownsville, three people were shot just before midnight on Bristol Street.

Police say a 16-year-old girl was shot in the hand.

They are all expected to be okay as well.

In Manhattan, a 17-year-old boy was shot in the back.

It happened on East 102nd Street at the East River houses after a dispute.

He too is expected to be okay.

Over in the Bronx, a man was found on the ground with gunshot wounds to the chest and arm.

He was taken to a nearby hospital where he died.

Police commissioner Dermot Shea says after a few rough months, some progress is being made with gun arrests.

“The one thing I do see is some glimmers, but it’s not like we’re coming out of a storm. We’re still deep in the middle of it. But I start to see some gun arrests happening. The cases being closed by Rodney Harrison’s detectives. There’s a lot of positives," Shea said.

The surge in gun violence over the past few months has pushed the number of shootings in the city past the entire total for 2019.

As of Monday, there have been 781 shootings in the city this year.

There were 776 shootings in all of last year.