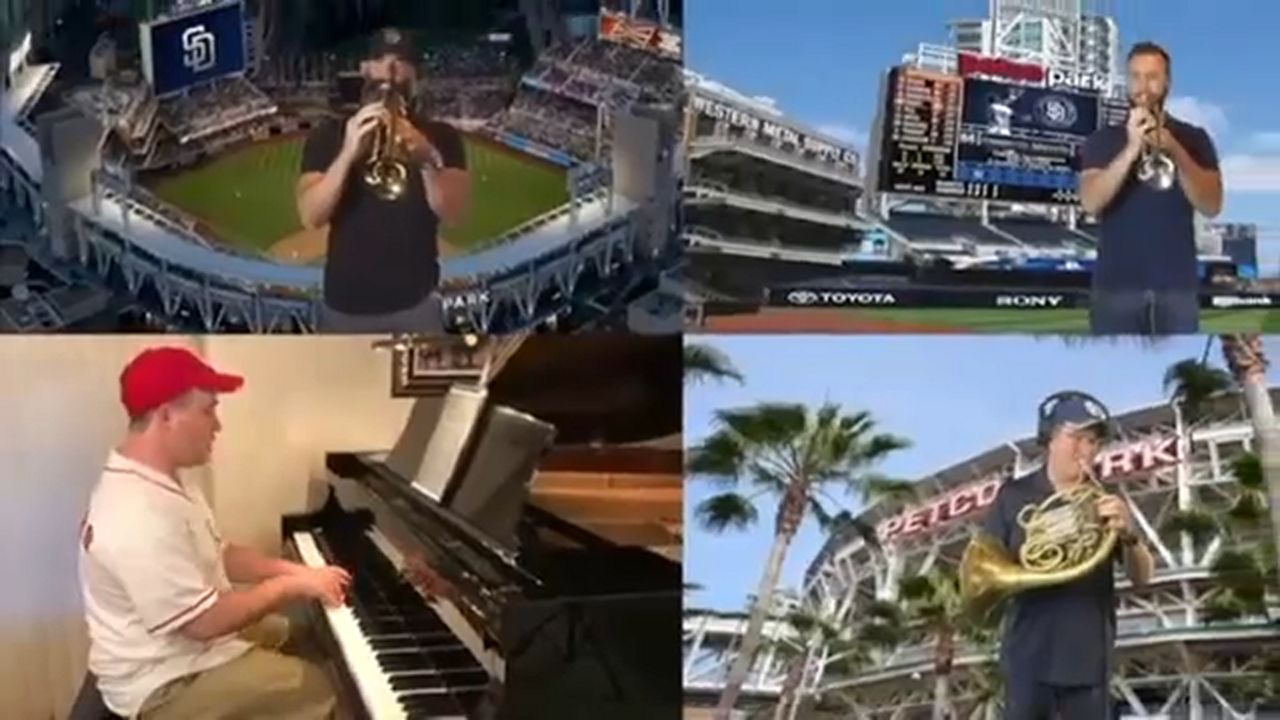 Harrison Sheckler, a piano performance student, created this virtual choir with former and current Major League Baseball stars singing "Take Me Out to the Ball Game." Bronson Arroyo, a former pitcher, helped connect the brooklyn student to MLB players. Overall, 200 musicians and players were involved in making the video of baseball's anthem and Sheckler even played the piano. "Since childhood I've been a baseball fanatic, so like I said to combine my two passions, my love my baseball and music it's just a dream come true to me," said Scheckler.  You can watch the virtual performance search Harrison Sheckler on youtube.