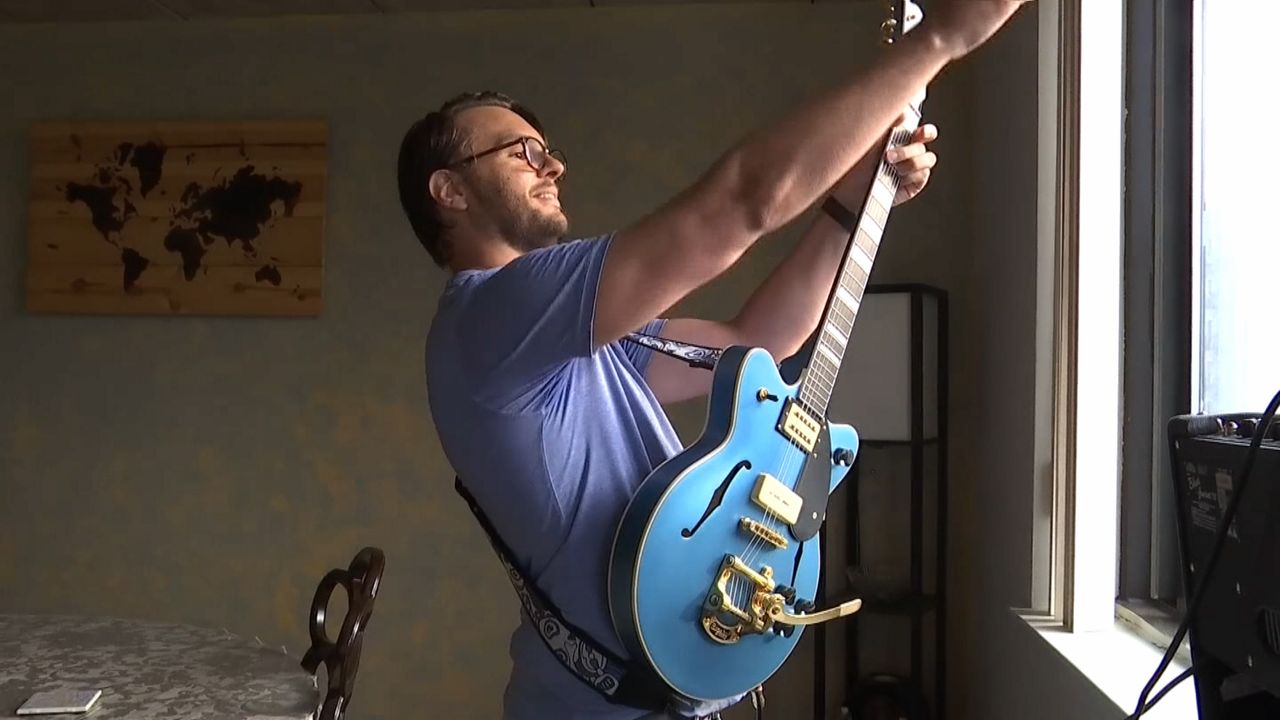 BROOKLYN, N.Y. - He calls it his "Star Spangled Serenade Series." Every Friday at 7 p.m. Bay Ridge guitarist Chris Flanigan powers up his amp, opens his second floor window and jams from his apartment as small crowds gather outside. On this day, the crowd including staff from a local restaurant.

"I just turn up, tune out and let it rock," Flanigan said.

He says he was inspired to play his weekly seranade by the nightly 7 p.m. citywide cheer for health care workers. He knows what they go through. His sister is a nurse. And he says with live music being a casualty of the coronavirus as concert venues closed, he wanted to use it to lift spirits.

Flanigan who's a full time teacher and part time therapist. Playing guitar is a hobby but he says this is music therapy.

"It's incredibly therapeutic and effective. So for me being able to dial in a guitar tone or channel a specific tune or a specific genre of music allowes be to kind of release some of the stress of anxiety that I'm feeling," Flanigan said.

Flanigan says he also feels solidarity with the Black Lives Matter demonstrators. And not only has he participated in the rallies, he's added a motivational protest song to his weekly performance. He started with Rage Against the Machine's "Killing in the Name". This week it was Bob Marley's "Redemption Song".

"That's a song that talks about the social and racial constructs and the idea of liberation," said Flanigan. "And if you take a look at the lyrics, it begins with an individual that's being sold to a ship. From there it becomes breaking the chains of mental enslavement, physical enslavement and liberation."

His musical interludes during the protests and the pandemic seem to be appreciated by local residents and frontline workers, who could hear more than they could see.

"It's just a little uplifting positive energy in these times right now," said one spectator.

"Something nice to end the week when you've been cooped up the whole time," said another.

Flanigan says during the week he'll practice his repertoire for his next Friday night show.