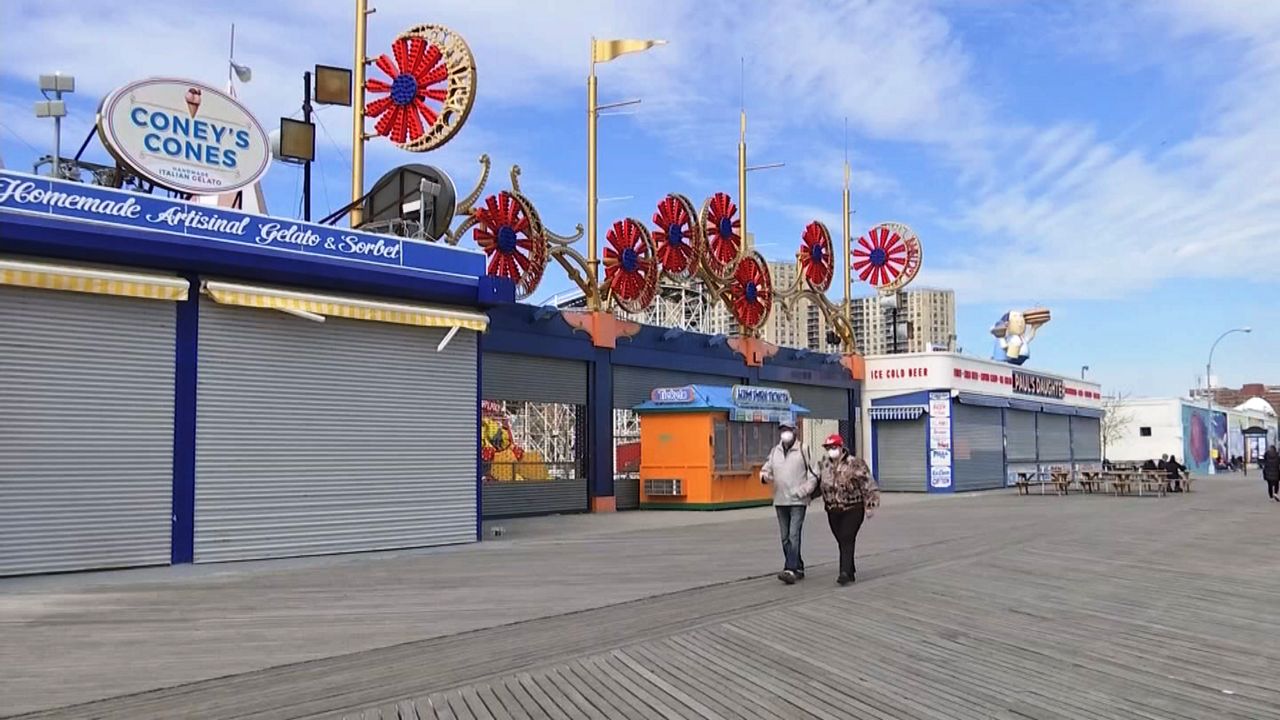 How Coney Island is Changing Visitor Interactions Amid the Pandemic

BROOKLYN, N.Y. - Except for workers laying sewer lines beneath Surf Avenue and Nathan's serving hot dogs to customers socially distancing themselves, it's all quiet in Coney Island's amusement district, which was supposed to begin it's summer season a month ago.

"We're just waiting for our cue when to turn everything back on," said Dick Zigun with Coney Island USA.

Zigun is the artistic director of Coney Island USA, which operates the sideshows, the Coney Island Museum and the Mermaid Parade. But like all other major public events scheduled for next month the parade has been canceled by the city because of the coronavirus. Zigun promises the event will go on later in the summer, one of many updates and insights he gives online in his weekly "State of Coney Island Address" which he launched during the crisis.

Amusement park operators hope to reopen but are concerned about how to manage crowds if they do. At the family-run Deno's Wonder Wheel Park, they are getting ready to implement new safety measures.

The landmark Wonder Wheel turns 100 on Memorial Day but the celebration is on hold. To hold the interest of fans, Deno's created an online series featuring ride operators, behind the scenes views and a commemorative coloring book with pages to print at home.

"We did ask for a social media initiative for people who would take a picture of themsleves with their coloring page and hashtag Happy Birthday Wonder Wheel and hashtag Brighter Tomorrow," said family member Daniela Vourderis. Parts for new coaster and flume rides were delivered to Luna Park but they're waiting to be installed because the work is not considered essential under state coronavirus guidelinee. One day they will be erected on a vacant lot between Surf Avenue and the Boardwalk by West 16th Street. It’s Luna Park's first big expansion in a decade. The Alliance for Coney Island says keeping the amusements closed is one thing but keeping visitors from the beach won't be as easy.

"I can't imagine people are going to stay away. So I hope the city comes up with a good plan whether that's just certain areas that are open. But I'm worried that people will go swimming whether or not a lifeguard is on duty," said Alexandra Silversmith, Executive Director of the Alliance for Coney Island.

The city's traditional beach opening on Memorial Day weekend is cancelled. The amusement district hopes it can reopen by the July Fourth weekend.