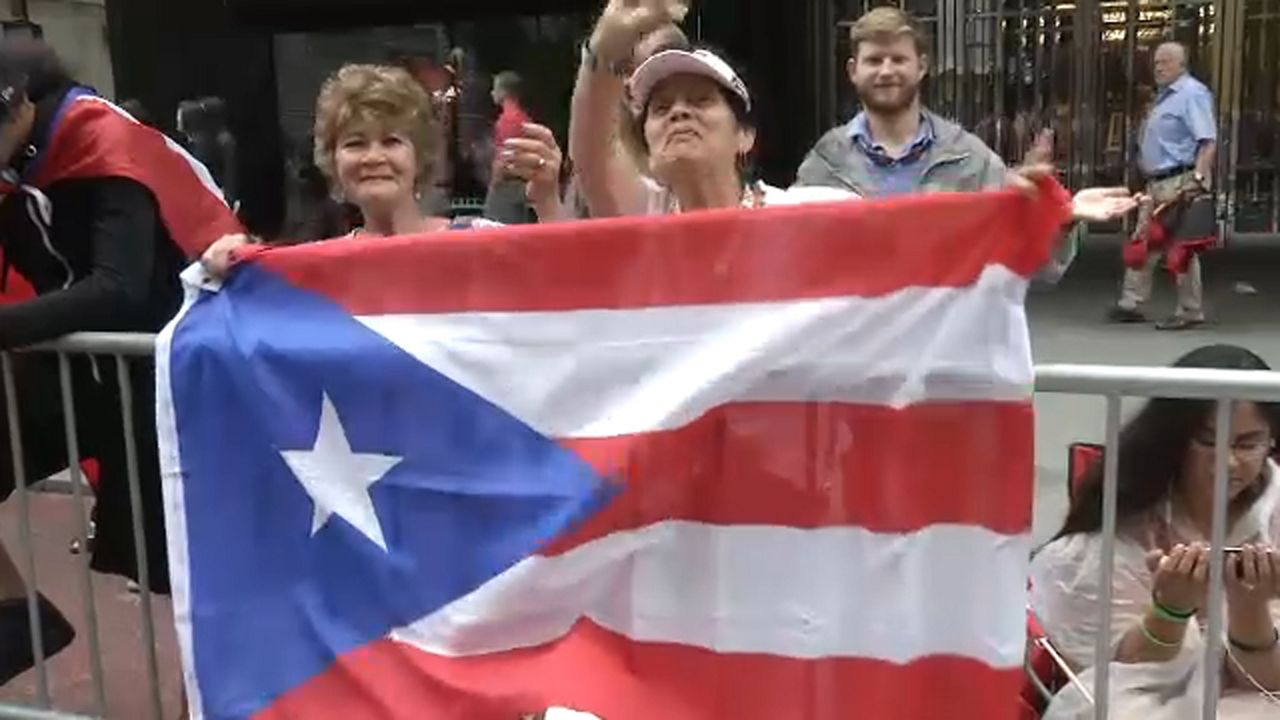 Puerto Rican Day Parade, Other Large Events in June, May Be Cancelled Due to Coronavirus

The coronavirus may silence some of the most familiar sounds of spring and summer.

The organizers of the Puerto Rican Day Parade told NY1 that with each passing day, the June 14 event looks less and less likely, especially after Mayor de Blasio hinted Friday he will cancel big events scheduled for June.

“Can I envision as early as June mass gatherings like some of these huge events, they’re beautiful events, but they’re really mass gatherings, hundreds of thousands of people, and in some cases more than a million,” de Blasio asked. “I can’t see it.”

Those words came moments after the mayor also announced the cancellation of all big gatherings scheduled for May because the coronavirus is not yet under control.

The mayor said his administration is now in talks with groups whose events are planned for the following month.

Some of those events are the Pride Parade, which is set to celebrate its 50th anniversary, and the Mermaid Parade in Coney Island.

The organizer of the famed Brooklyn event told us he doesn’t think it’s going to happen.

The organizers of SummerStage, which begins in June, said they’re preparing for a late start.

“We are able to be really flexible,” said Heather Lubov, the executive director of City Parks Foundation, which runs SummerStage. “We have a mobile stage that we can set up basically in a day. And we have an RV that we can drive in and use as a dressing room for our artists.”

Lubov said the group is looking at how to space out spectators and bring in more hand sanitizer, should the events move forward. She did acknowledge that some out-of-state musicians have dropped out, citing concerns about traveling during the outbreak.

Other organizations aren’t waiting to see what the city decides.

BRIC has cancelled its Celebrate Brooklyn Festival in Prospect Park.

The Public Theater has scrapped its beloved Shakespeare in the Park series in Central Park.

The organizers of Uptown Shakespeare in the Park told us they’re still planning for their July performances in Marcus Garvey Park. But they said they’re making contingency plans just in case.

Ty Jones, who’s the producing artistic director for the Classical Theatre of Harlem, which puts on the annual production, said the disruptions have hurt not only his group’s finances, but those of the vendors and workers on rely on these events to make money.

“We need to make sure once we’re on the other side of that we have funding in place to actually be able to hit the ground running in 2021,” Jones said.

Many groups are planning to stream content regardless of how the summer shapes up.

But it won’t be the same Summer in the City experience as sitting outside and taking it in live with your fellow New Yorkers.