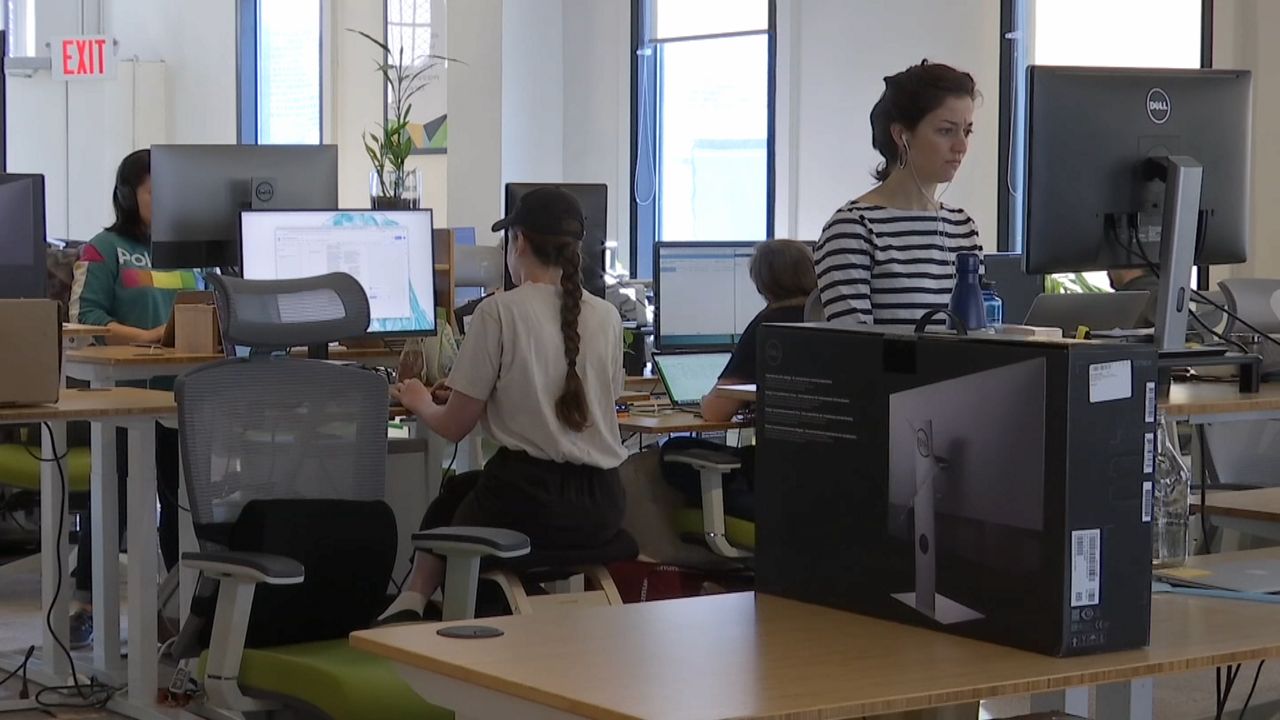 Tech Jobs Are Booming in Brooklyn, But Is the Workforce Reflective of the Borough?

Tech startup Propel designed a free app that helps people navigate public assistance programs. Founder Jimmy Chen created the business nearly six years ago with help from the Robin Hood Foundation, the city's largest poverty-fighting organization. He decided to base it in Brooklyn.

"There are 40 million Americans who are struggling financially and are using programs like the food stamp program,” Chen told NY1. “And we want our company to look like the people who are using our products."

Half of Propel's 25 full-time workers are women and a third are people of color, reflecting  a trend in Brooklyn's innovation economy.  A new study by the Center for An Urban Future, an organization dedicated to growing the economy and reducing inequality, found that the tech workforce in Brooklyn is more diverse than in most other cities.

"A greater share of the Brooklyn tech workforce are black or Hispanic than in San Francisco, Seattle, Austin and so many of the other major tech hubs in America," said Jonathan Bowles, the executive director of Center for an Urban Future.

The study found that 14 percent of tech workers in Brooklyn are black and nearly nine percent are Hispanic, making it the third most diverse teach workforce in the country, trailing only Washington and Houston. Still, the numbers do not fully reflect the borough's diversity.

The report also provides recommendations on how to make the Brooklyn sector more inclusive.

The recommendations include expanding collaboration with colleges and strengthening workforce development programs.

"Brooklyn hasn't yet built at the kinds of tech training infrastructure that I think we really need to see to make sure people without a college degree are able to get a path to these jobs," said Bowles.

Center for an Urban Future says the number of tech startups in Brooklyn has grown by more than 350 percent since 2008, that the most among the five boroughs and second for all tech hubs in the country, lagging only behind San Francisco.

"It's a really good place to start a business because of its diversity and its arts and tech culture," said Regina Myer, the president of Downtown Brooklyn Partnership.