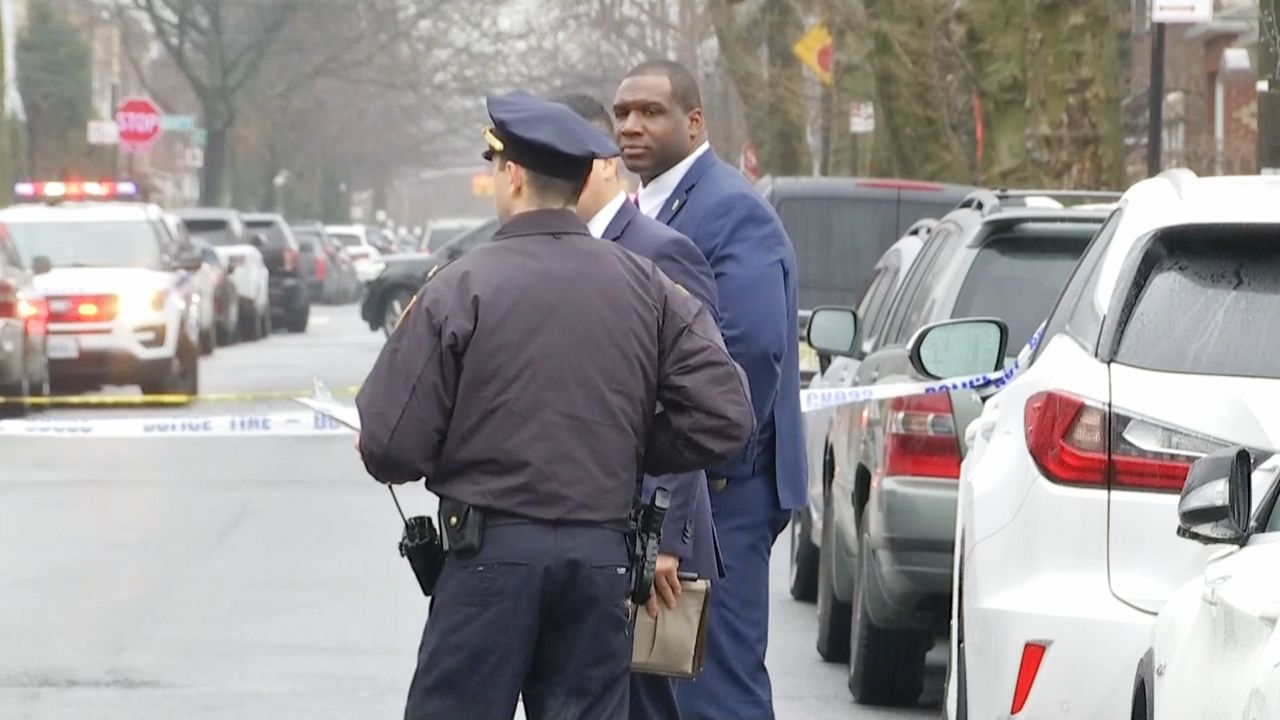 BROOKLYN, N.Y. - Immigration and Customs Enforcement agents approached a home on West 12 Street near Quentin Road at around 8 a.m. Thursday morning. They were seeking Gasper Avendano-Hernández, an undocumented Mexican immigrant.

But ICE says another man, Erick Diaz Cruz, ran out of the home and tried to intervene. ICE says its agents were physically attacked, prompting one of them to fire at least one shot, wounding the 26-year-old Diaz Cruz in the face.

Kevin Yanez Cruz says he and Avendano-Hernandez, who is his mother's boyfriend, had left the house for work but returned to pick something up when agents arrived.

“He runs back. And that’s where officers come and tackle him, they didn’t even say nothing to him,” said Yanez Cruz. “They tased him, they put him in the floor.”

Yanez Cruz says that is about when Diaz Cruz, who is his brother, appeared outside, got involved and was shot.

“They shot him straight for the kill,” said Yanez Cruz. “They pointed the gun at my brother’s head and shot him in the cheek. The bullet penetrated and came back out here.”

After the shooting, Avendano-Hernandez barricaded himself in the house. NYPD negotiators were called in and he surrendered.

As for Diaz Cruz, he was recovering from his gunshot wound at Maimonides Hospital.

The NYPD arrested Avendano-Hernandez on Monday for felony possession of a forged instrument. But he was released from custody before ICE could file a detainer requesting the NYPD to hold him. That led to ICE to the Gravesend’s neighborhood to arrest him.

The shooting comes amid an escalating dispute between the Trump and de Blasio administrations over New York's sanctuary city policies.

ICE has voiced frustration that the city does not honor the vast majority of its detainer requests. The city says it complies with detainer requests for defendants only after they are convicted of a violent or serious felony.

The NYPD says that Gasper Avendano-Hernández has now been turned over to ICE custody.