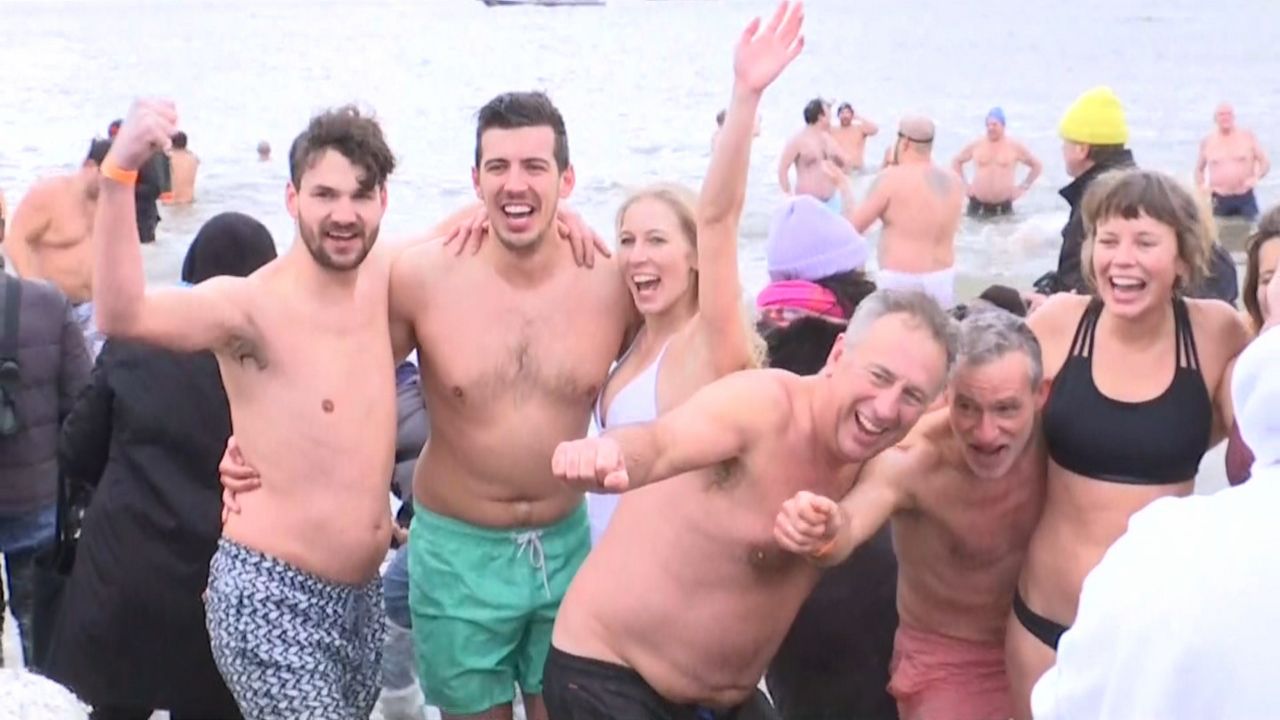 The temperature outside was about 40 degrees when dozens of people took part in the chilly tradition, wearing everything from summer swimsuits and floaties to elaborate homemade costumes.

For many, it's as much a New Year's staple as the Times Square Ball Drop.

"I do it for the fun of it! I've been doing it for 15 years,” said one man. “It's the greatest party around, better than last night,” said another.