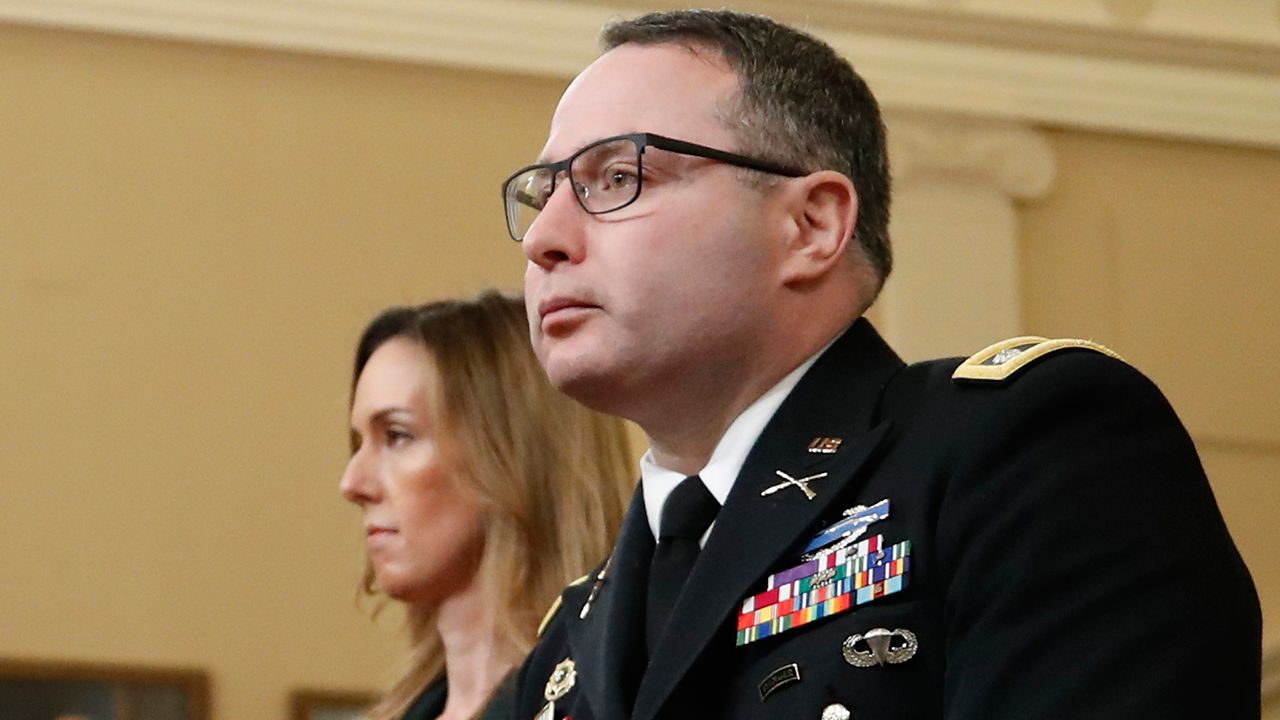 BROOKLYN, N.Y. - Lieutenant Colonel Alexander Vindman was in the eye of a political hurricane Tuesday as he testified in the House impeachment hearing.

The Army officer, the top Ukraine expert on the National Security Council, said he found comments President Trump made in a July 25 phone call to Ukraine's new president unusual and improper.

Back in Vindman's old Brooklyn neighborhood, City Councilman Mark Treyger was cheering him on.

"This man is a hero,” Treyger said. “He should be revered and not unfairly attacked."

Treyger and Vindman have a simliar background. Treyger's parents immigrated from Ukraine to Brooklyn, like Vindman and his family, who fled when Vindman was just three years old. The Vindmans settled in Brighton Beach, a community that had so many Russian emigres in the 1970s, it became known as Little Odessa.

Testifying before the House Intelligence Committee, Vindman noted his upbringing, as his twin brother Yevgeny sat behind him.

"Dad, me sitting here today, in the U.S. Capitol talking to our elected officials is proof that you made the right decision 40 years ago to leave the Soviet Union and come here to America in search of a better life for our family. Do not worry. I will be fine for telling the truth," Vindman said.

Vindman, his father, his twin, their older brother and his grandmother arrived in Brooklyn in 1979 with just $750. Vindman's dad worked multiple jobs to support them. The twins and their grandmother appeared briefly in a 1985 Ken Burns documentary, "The Statue of Liberty."

"We came from Russia, Kiev. And then our mother died so went to Italy and then we came here," the twins say in the documentary.

Vindman graduated from FDR High School in Bensonhurst in 1993, then went on to SUNY Binghamton and the Army, earning a Purple Heart after a roadside bombing in Iraq. He later earned a masters degree at Harvard. His twin is also a career Army officer. Treyger says the Vindmans' story is one of struggle, bravery and success.

"It's extraordinary that a young boy from Brighton Beach, Southern Brooklyn, is now on the international stage holding the powers that be accountable, putting country and honor before politics," Treyger said.