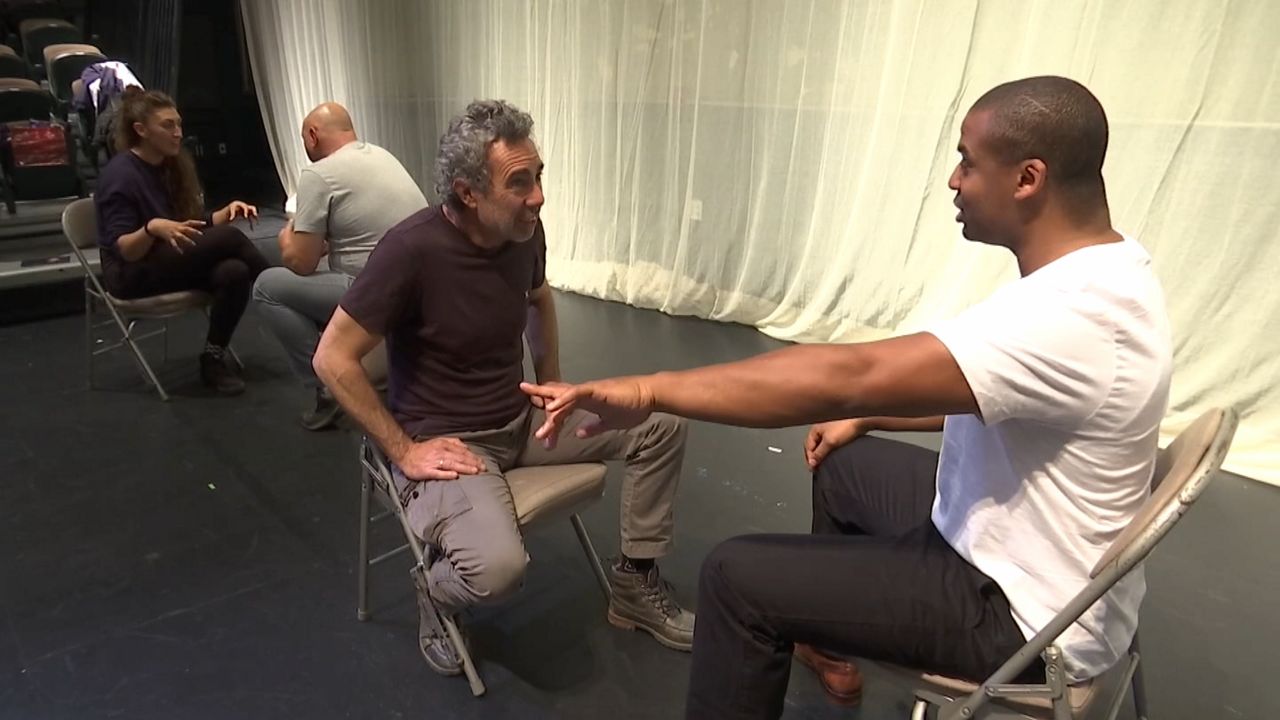 How Officers and Civilians Come Together in Brooklyn Using Improv Theater

The participants in an improvisational workshop at Fort Greene's Irondale Theater are not actors — they're police officers and civilians, working in pairs, always talking, always communicating.

It's a 10-week program called "To Protect, Serve and Understand." They get together every week to share life experiences and "step into each other's shoes."

"I was, like, 'Put your hands up now,'" one participant said, demonstrating the motion for her firearm. "I was scared. I was really scared."

The goal is to cultivate mutual understanding and empathy. To get there, Irondale Executive Director Terry Greiss applies acting tools.

"Actors, from Day One, are forced to talk and listen to each other, because that's what good acting is," Greiss said. "They're forced to be present with each other. And I thought that what we do as actors could benefit the training methods of the NYPD."

Greiss created the program after the case of Eric Garner, the Staten Island man who died after being placed in a police chokehold, heightened the police-community divide. He pitched it to the police department, which signed on to the project.

Now Greiss is in his fourth year of this experiential learning workshop. The NYPD's Community Affairs Bureau allows its officers to participate as part of their regular work shifts.

"It's just more engagement with the community, and that's where the department is heading," said John Reid, an officer with the 90th Precinct. "That's definitely what we need at a time like this."

"It's more along the lines of sharing your honest truths of who you are outside of the uniform, and it's helpful," said Demetrious Starling, an officer with the 84th Precinct.

Many officers say they find the exchange enlightening.

"He said the word 'dark,' and it kind of really resonated with me. I felt sad because I don't want people to perceive us as that, because we're so much more," said Olivia Windisch, an officer with the 112th Precinct. "There are so many personalities behind the uniform, and I'm just excited to share mine with them."

The weekly program ends with participants staging two performances they created. This fall's shows will be held December 13 and 14.